No cup competition consistently conjures up thrilling and extraordinary moments quite like the FA Cup.

Some say the competition's magic is over-exaggerated in the modern era, yet many of the best and most memorable moments of English football exist courtesy of the historic 146-year-old tournament.

Wimbledon's 'Crazy Gang' of 1988 toppling Liverpool in the final is one, a 17-year-old Ryan Giggs bearing his hirsute chest to celebrate a stunning solo goal for Manchester United another.

And who could forget the sublime piece of pub quiz trivia that is the tale of Manchester City goalkeeper Bert Trautmann, who snapped neck vertebrae in the final, playing the last 17 minutes and yet won the trophy regardless.

The complete list of moments is near as long as the competition itself, as evidenced by the countless Buzzfeed-style listicles to be found via a quick Google search or by the plentiful dusty 'FA Cup greatest moments' DVDs lingering on the HMV shelves.

One moment that doesn't often spring to mind as quickly as the others, but but one still so marvellous and miraculous, involves a once little-known striker named Roy Essandoh.

Let us rewind to March 2001. Back then, before social media and the delights of our current technologies, Ceefax - the BBC's teletext information service - was one of the primary ways to stay up-to-date with football, whether that was news, transfer rumours or live scores.

This, after all, was well before the internet gained the unescapable global presence it carries today. At the start of the noughties, the internet was still a commodity, many working-class homes still without it. 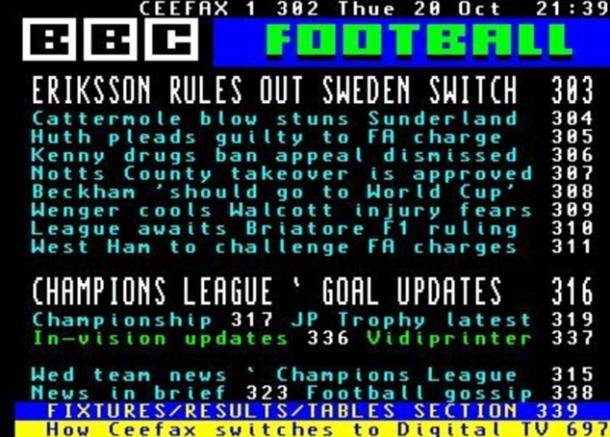 An unprecedented use of Ceefax

That brings us to Wycombe Wanderers' ingenious and unprecedented use of teletext. For as popular as the platform was, it had never been used as a means of player recruitment - until now.

With a huge FA Cup quarter-final on the horizon, an injury crisis left the Second Division - nowadays known as League One - club with no available strikers - Sean Devine, Andrew Baird, Jermaine McSporran and Andy Rammell all sidelined.

Further, Sam Parkin, one of those to convert his spot-kick in Wycombe's fifth-round penalty shoot-out victory against Wimbledon, had also returned to parent club Chelsea at the end of his loan spell.

The club's idea was to approach retired strikers Ian Wright, formerly of Arsenal and Crystal Palace, and Gianluca Vialli, who had just left Chelsea as manager.

But Wright was still struggling from an ankle injury and Vialli was not keen on the idea of returning to the pitch so soon after his Stamford Bridge departure. The pair both considered Wycombe's offer but ultimately turned it down.

As a last resort, the Buckinghamshire club's press officer Alan Hutchinson proposed the publishing of an advertisement on their club website to detail their predicament and encourage anyone who was fit, available and not cup-tied to respond.

It was a move out of sheer desperation, but incredibly their advertisement for a front-man to fill the void actually worked. The club contacted Ceefax and asked them to publish the story. They did, on page 312, though it was still not known whether Wycombe would receive any response.

But they did, from one person, the agent of Roy Essandoh. He spotted the advert and rang Wycombe the following day to discuss the details with manager Lawrie Sanchez. Suddenly, Essandoh was on his way to Wycombe for a trial, signing a week-to-week contract.

This was a rapid development for a man who had never previously even made a Football League appearance, though ultimately was one borne of Wycombe's dire circumstances.

Born in Belfast but brought up in Ghana until the age of eight, Essandoh's footballing career began at the age of 16 in the Scottish central league.

He played for Cumbernauld United and East Fife before spending three years at Motherwell and then - in 1999 - opted to move to Finland and play for VPS Vaasa, goalkeeper Jussi Jääskeläinen's former club.

His time with Vaasa was relatively unproductive - yielding seven goals in 50 league games although he picked up a Finnish League Cup winners' medal.

Vaasa eventually ran out of money, with the club said still to be owing Essandoh several thousands pounds in wages after his departure, which meant he was forced to move on.

"He wasn't the worst striker you'd ever seen"

Upon returning to the United Kingdom, the player featured in two games off the bench as a trialist for Rushden and Diamonds before the call of Wycombe - or rather his agent - came.

Before long, Essandoh was on his way to Wycombe for a trial.

He would play one game for the club's reserves and while Sanchez remained unconvinced the player was the solution to his problems from that, his pressing need led to him handing the forward a first-team cameo against Port Vale at Adams Park.

The Chairboys lost the game 1-0 to a Steve Brooker strike and Essandoh neither shone nor sunk, Sanchez telling Sky Sports News several years later that the player "did okay" and that while "he didn't set the world alight" he still "wasn't the worst striker you'd ever seen."

Following his start against Vale, Essandoh came off the bench late on as Wycombe faced Reading at home in another Division Two fixture.

Again, his impact was indifferent - but Essandoh's main purpose was to bolster the ranks for the cup clash with Leicester, and the big day soon arrived - only 10 days' after his arrival.

Wycombe travelled to Filbert Street as unfancied underdogs. Understandably so, given Peter Taylor's Leicester were as high as sixth in the top-flight at the time, 54 places higher than Wycombe in the footballing ladder.

Wycombe's journey was incredible as it come that day; a non-league club only eight years earlier were now in the last four of the FA Cup. Furthermore, they were managed by Sanchez - the match-winner for Wimbledon when they upset the odds to beat Liverpool in an unforgettable final 13 years earlier.

But the story was actually only to get more incredible, thanks to Essandoh's Roy of the Rovers-like contributions.

Paul McCarthy had initially put Wycombe ahead early in the second-half, with Sanchez's side producing an excellent performance against their Premiership counterparts.

But Muzzy Izzet drew the top-tier team level with 20 minutes remaining to help calm the nerves among the Leicester supporters.

Wycombe should have been awarded a penalty for handball when midfielder Stefan Oakes handled and Sanchez was sent to the stands for his enraged reaction to referee Steve Bennett's refusal to point to the spot. 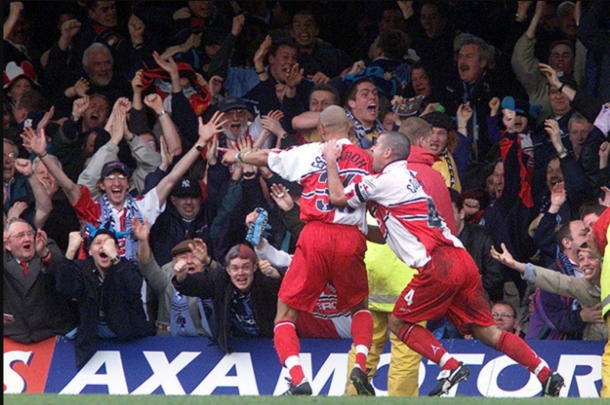 With minutes remaining and the score-line still 1-1, it seemed that Wycombe would have to settle for a replay. Still a great achievement, but a sizeable task to do it all again up against such a talented team.

But here's where the story of Roy Essandoh reaches its crescendo, writing himself into the history books and ensuring he would never again need to pay for his own pint in the town of High Wycombe.

In the 92nd minute, a deep long ball into the box - a Hail Mary of sorts - from Dannie Bulman hung high before dropping towards the back post, where Jamie Bates rose to head across the six-yard box.

There, waiting, was Essandoh, who leapt highest to meet the aerial ball and power a well-angled header past Simon Royce to spark ferociously jubilant scenes in the away end, and even in the tunnel, where dismissed manager Sanchez watched the closing stages on a small television screen.

It was not over. The visitors would have to finish with 10 men after defender Steve Brown was punished for excessive celebration, taking his shirt off as the Chairboys' players toasted their seeming late winner. A harsh decision, given he did so to unveil a t-shirt bearing the name of his ill 15 month-old son Maxwell, who had endured over 20 operations to overcome a life-threatening condition.

But Wycombe held on throughout a tense finale to win 2-1 and the Foxes were consequently added to the South East club's list of giant-killings. Essandoh had suddenly become the most spontaneous of heroes in the biggest game of the Wycombe Wanderers' history.

It is said that Essandoh didn't even know the names of some of his team-mates at the time and even more amazingly, it was the only goal Essandoh would score at any level that season.

Perhaps that makes his exploits even more incredible, for - as an average journeyman striker with a below-par scoring record at almost all of his clubs - Essandoh etched his name into the history of Wycombe and the FA Cup forever in just one instant.

Sanchez's side would go on to finish 13th in the fourth division, 16 points off the play-offs, and their FA Cup dream would end at the hands of eventual winners Liverpool.

They made it a struggle, but goals from Robbie Fowler and Emile Heskey condemned Wycombe to defeat despite Keith Ryan - a makeshift starting centre forward against Leicester - pulling one back late on at Villa Park.

The achievement remains Wycombe's greatest, their best run since culminating in them reaching round four in 2016-17 - losing 4-3 away to Tottenham Hotspur having led 3-2 on 87 minutes. It also, quite comfortably, ended as Essandoh's best achievement.

In fact, it would all end relatively unremarkably on a football pitch for Essandoh. He played for 19 different clubs and his longest stint was a three-year spell with Bishop's Stortford between 2005 and 2008, the rest of his career spent with single seasons - sometimes even less - at various different clubs.

He would end his career never scoring a goal in the Football League and yet still a Wycombe icon.

Nowadays, he is a personal trainer for Pure Gym - but the Ceefax Cyberman, to use one of his several nicknames, will forever have his lasting legacy in the history of the FA Cup.

He told the FA in 2014: "You could look back and you could've scored 500 goals in the league and done this, that and the other but this one thing will live on. To be part of that history and tradition is amazing, even if it is just a little part of it."

It may be a little part to many outside of Wycombe, where Essandoh's goal remains the club's single greatest achievement, but it will forever make for an awe-inspiring and near inconceivable story.

Ceefax might have died in 2012 along with the digital switch-over, but Essandoh's story will never die. Its place in the annals of the FA Cup and English footballing history will live on forever.

This article is the fifth in our 'Forgotten Footballers' series. Check out D, where we look at the man so good they named him twice.

England Women to host Northern Ireland at Wembley: How to get tickets, fixture details and more 2 hours ago 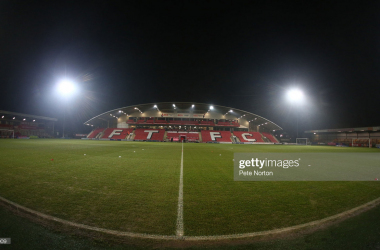 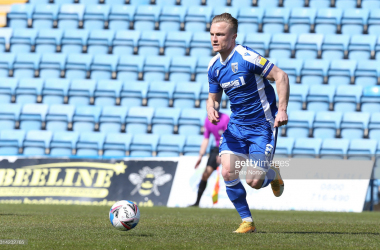 Gillingham 1-1 Millwall: Gills and Lions play out draw in pre-season encounter 17 hours ago 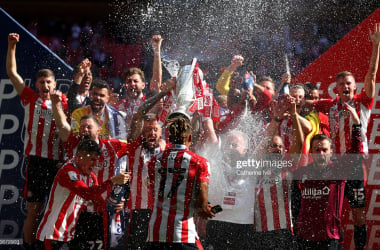 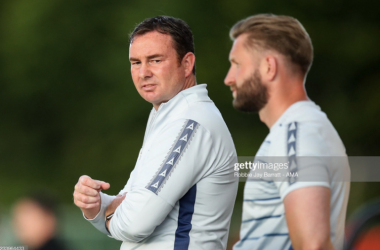 Manchester United announce transfer of Raphael Varane: How could Solskjaer's team now lineup? a day ago

Exclusive interview with Molly Holder: What is a footballer's pre-season really like? 21 hours ago
//