And so begins the 61st season of the biggest club tournament in the world as the group stage fixtures and eight groups were determined for a 17th straight season in this current format. Some interesting ones, mouth-watering and overall 96 matches that can determine who goes in and who goes out, we take a lot of these groups and our take on who will advance and who will not. 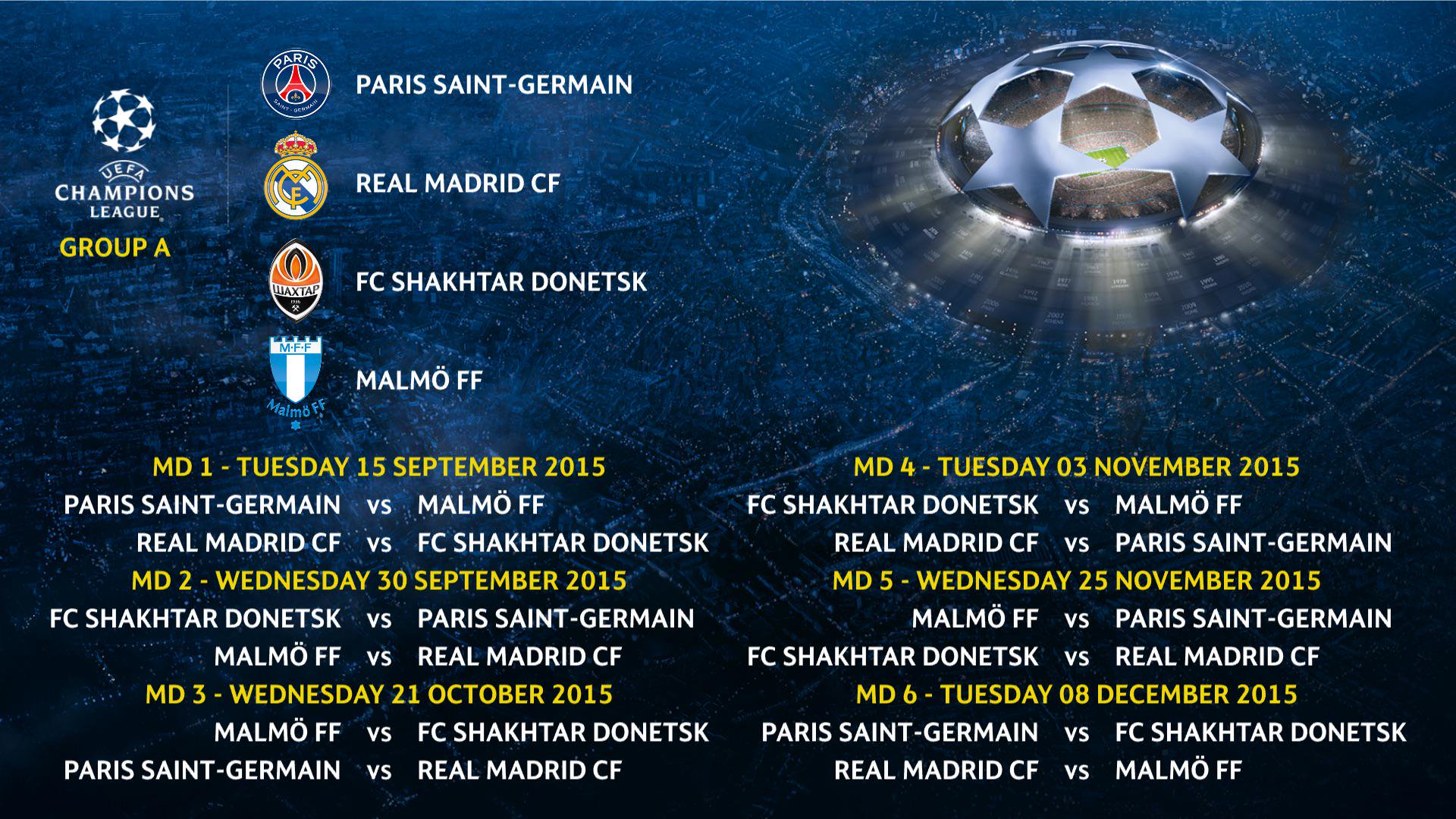 Surely a group full of powerhouses and unlikely surprises, the French champions were drawn with the Spanish powerhouse and 2013-14 winners, the Swedish champions and Ukrainian league runners-up. The two sides from France and Spain are the favourites to cruise out of the group and into the Round of 16, but the big question will remain where those sides will finish in the top two.

A homecoming match for Argentine winger Angel Dí Maria at the Santiago Bernabeu will be an interesting one, especially given that was the last time we saw El Fideo in a Real Madrid shirt as he won La Decima for Los Blancos against Atletico Madrid in Lisbon, Portugal. Since then, he's had a rollercoaster ride that saw him go from a bad spell at Manchester United for a season before settling in the French capital.

As for another PSG player, Zlatan Ibrahimovic returns to the club where he began his career in Sweden in the city where he was born and raised in what should be an emotional night at the Swedbank Stadion in front of the fans who still consider the 33 year old an idol at the club since joining the side at the dawn of his career.

In the end, the sides from the capitals of their respecitve nations should go through, Rafa Benitez knows how to do well in European competitions given his CV in those tournaments and his Real Madrid should edge just above PSG to win the group. 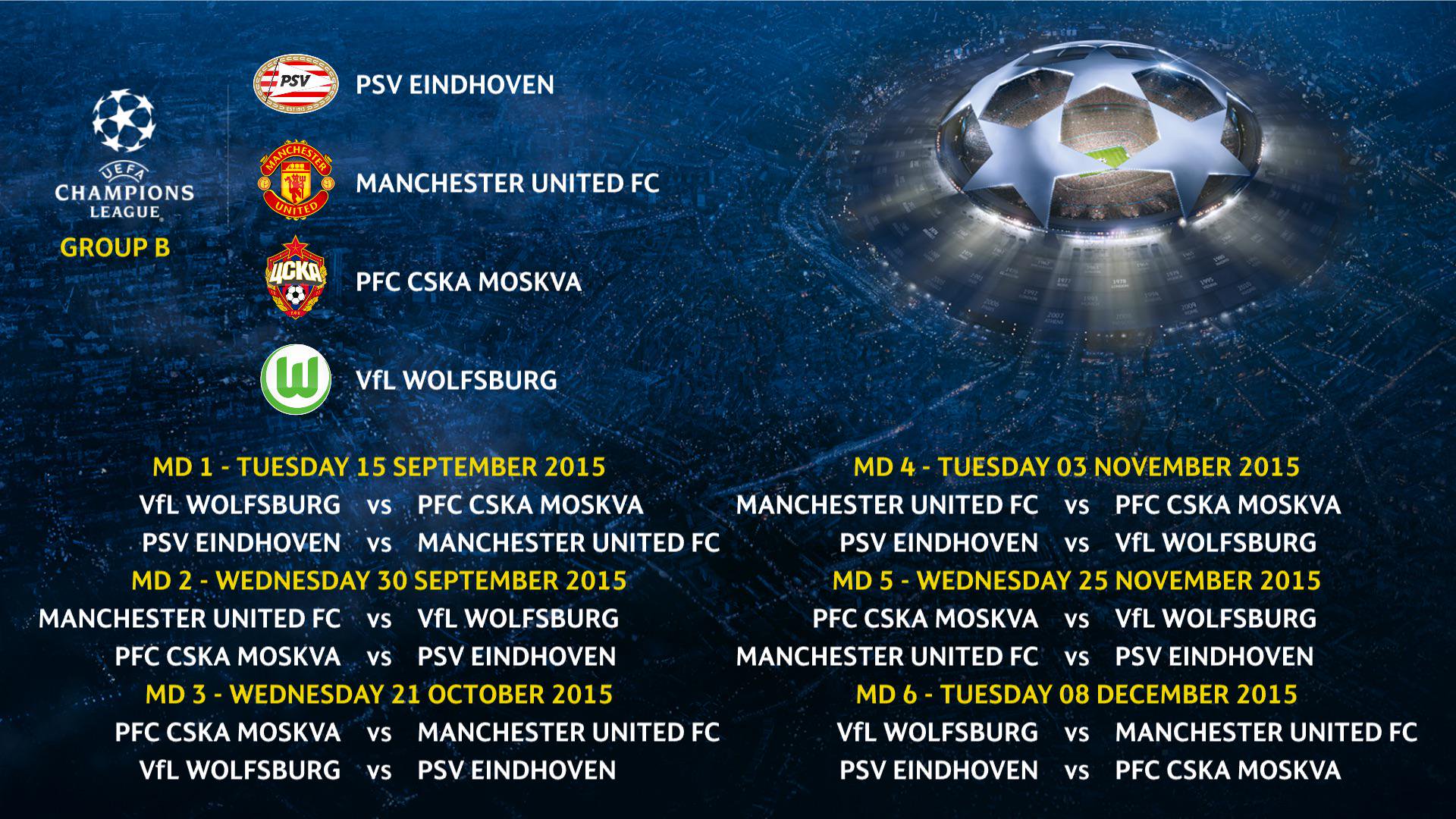 After an absence from all European competitions last season, Manchester United are back in the Champions League after finishing fourth in the Premier League last season and were given a so-called easy group.

Featuring the Dutch champions PSV Eindhoven, Russian League runners-up CSKA Moscow and Bundesliga runners-up VfL Wolfsburg, Louis Van Gaal's men should cruise well out of this group with a challenge against Memphis Depay's former club PSV, in which should be a bittersweet affair from both sides. It has been tough to win matches in Eastern Europe, especially in Russia, as CSKA Moscow can take advantage to pick up points but only a miracle would serve them to get out of the group if they can pick up some points in their away matches.

As for Wolfsburg, with the departure of Kevin de Bruyne to United's bitter rivals Manchester City imminent, that could lose a bit of their momentum losing their best player and the considered best player in all of Germany. But, they still have the side that can contend with the other three sides and possibly pull out a surprise. 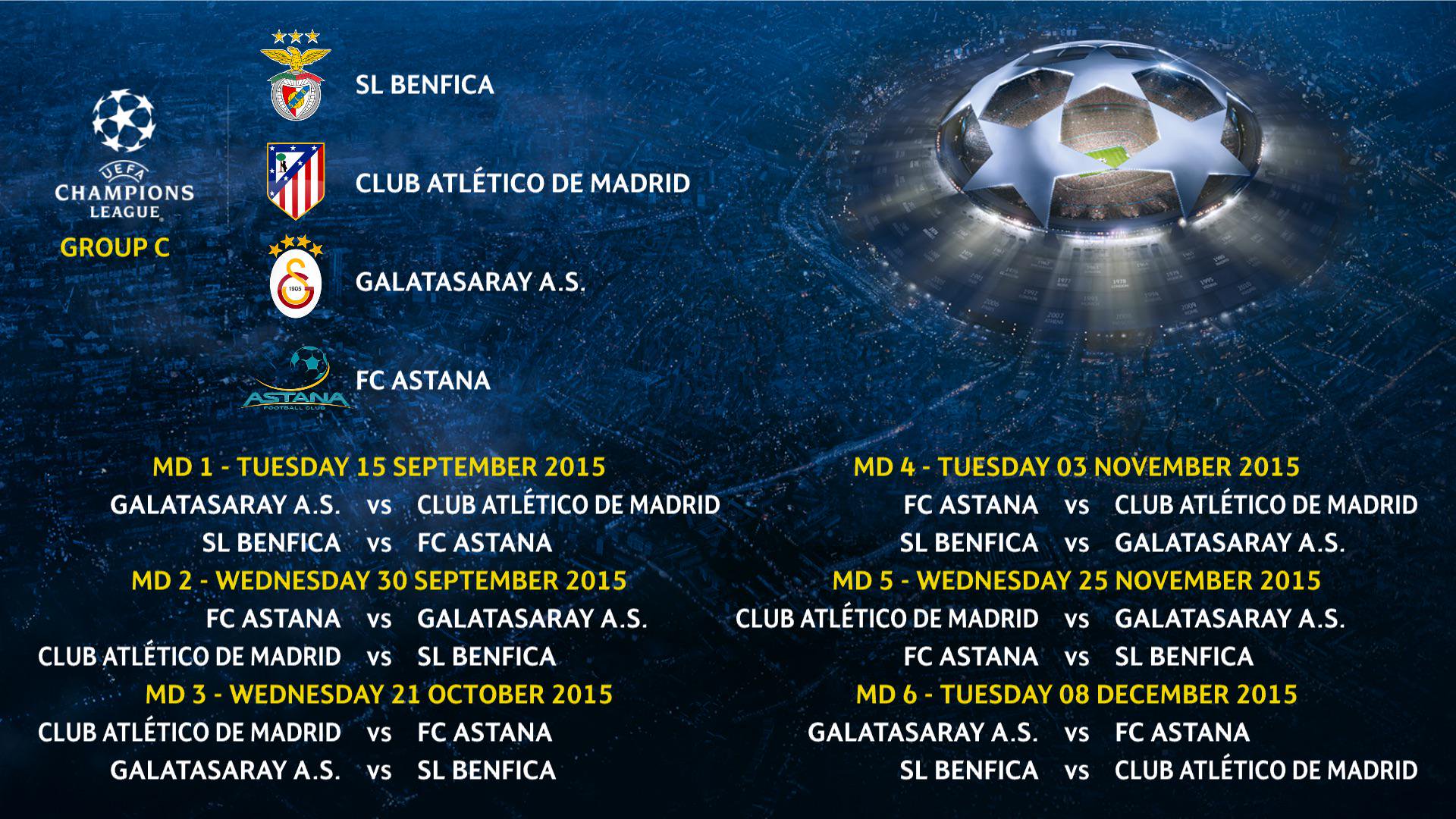 Clearly one of the more open groups in this group stage, Atletico Madrid and Diego Simeone will be very pleased with the draw Los colchoneros recieved alongside the Portuguese champions, Turkish powerhouse, and for the first time, a Kazakh team in this stage of the competition.

Various changes were made by this Spanish side in the transfer window and that only helps their chances of winning their group and advancing to the Round of 16. Atletico Benfica and Galatasaray will battle it out for second place. Astana's maiden Champions League adventure probably will end there as they were clearly celebrating the historic qualification but quite possibly cannot provide any firepower to compete with these European powerhouses. 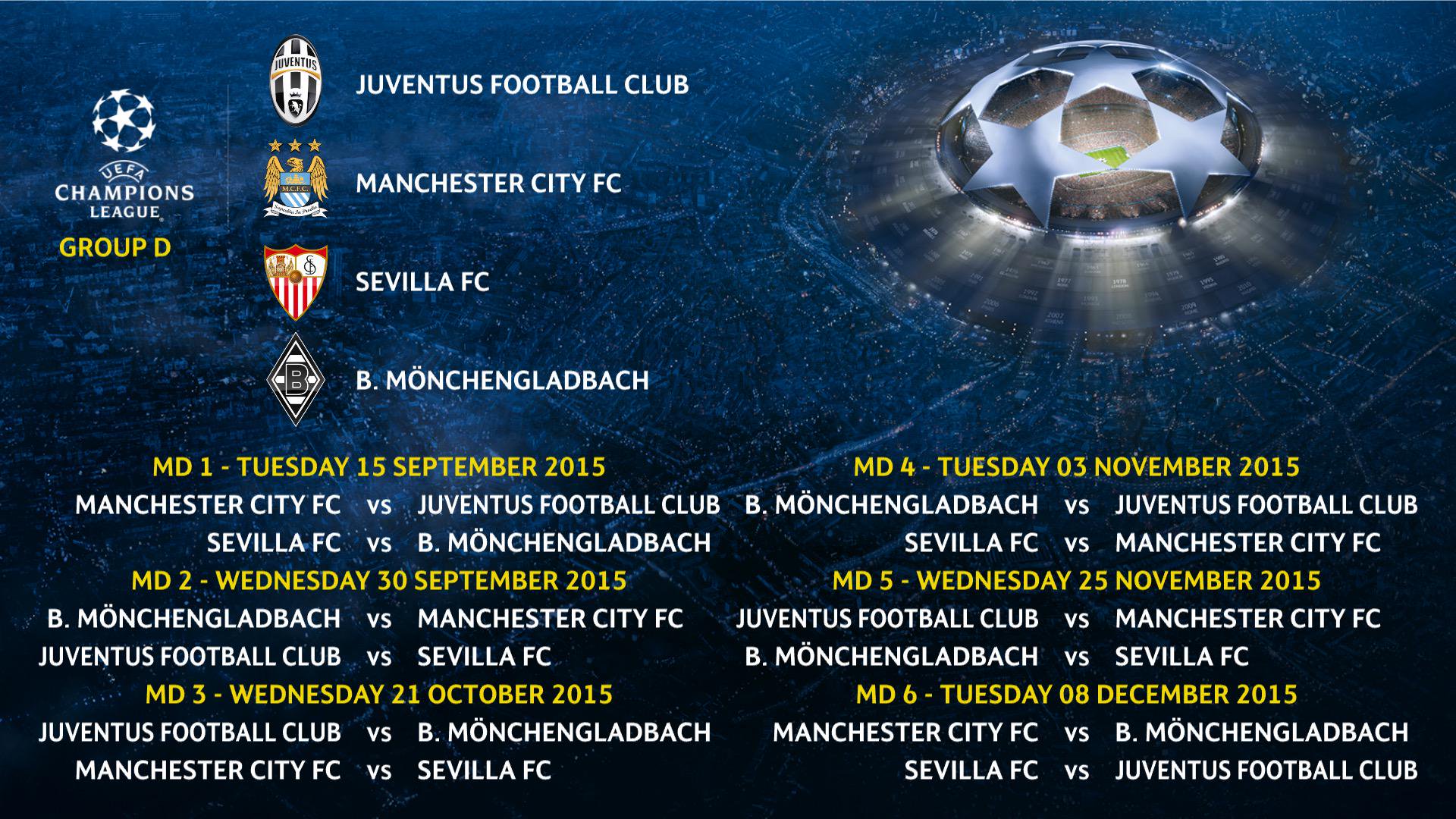 The Italian double winning side and Champions League runners-up have a tricky group with the likes of Premier League powerhouse Manchester City, back to back Europa League champions Sevilla FC and Bundesliga outlet Borussia Mönchengladbach. This is surely the group for The Citizens to prove to the rest of Europe that they are a powerhouse in the continent and that they have the side to qualify out of the Round of 16 and into the quarterfinals. The pressure is on them but they surely have the side to achieve that goal.

Juventus, on the other hand are not the same side as they were almost three months ago in Berlin, with the departures of Carlos Tevez, Arturo Vidal and Andrea Pirlo and while they have found replacements such as Paulo Dybala, Sami Khedira and Mario Mandžukić among others, will it be enough to pull another great run in the Champions League?

Sevilla will look to finally have their big chance on the big European stage after being in the Europa League for a couple of seasons and look to sweat the English and Italian side until the very well. Mönchengladbach will look for a miracle against any of these sides if they want to qualify out of their group. 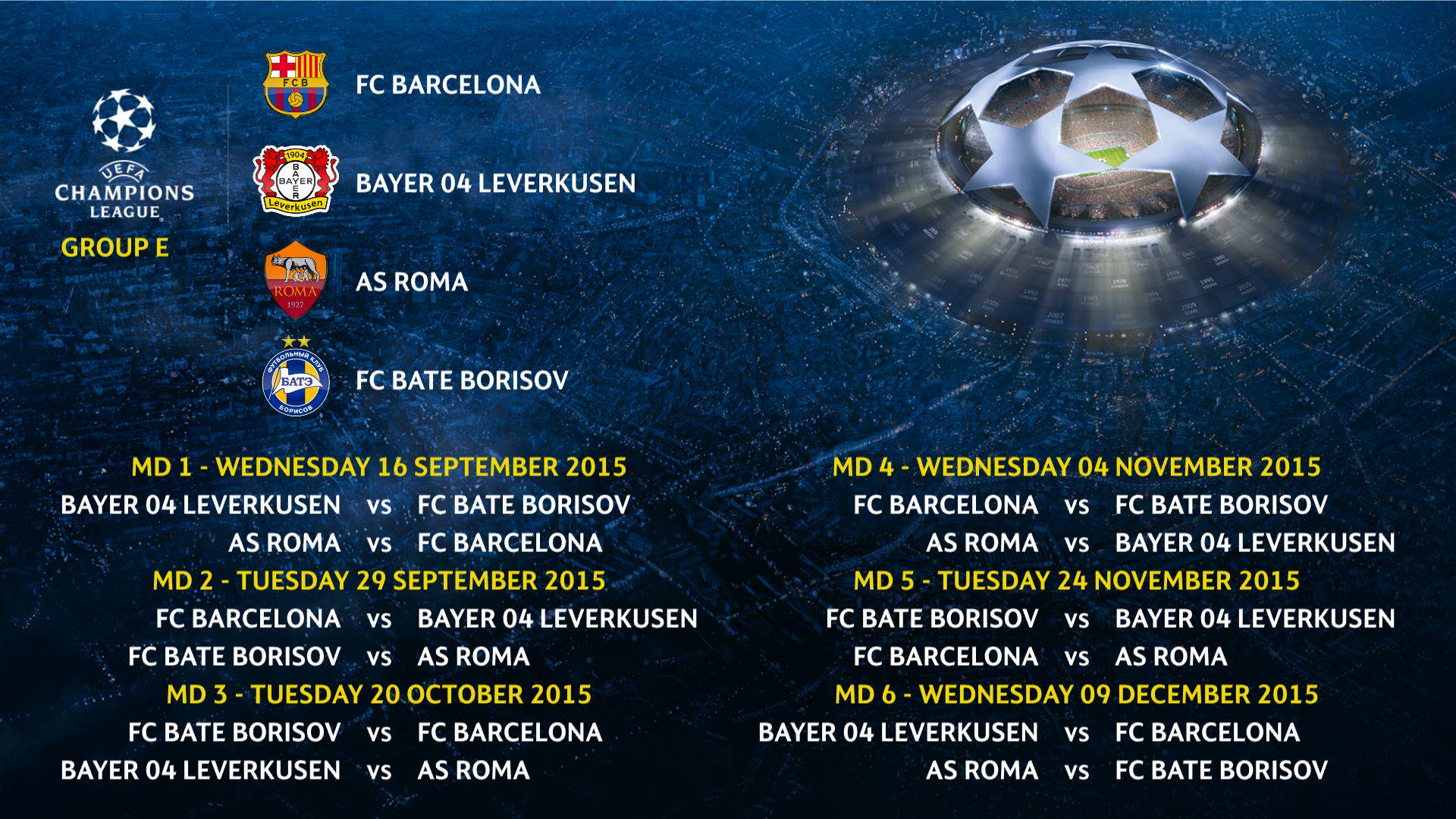 FC Barcelona were given an easy group compared to the one last season with PSG, Ajax and APOEL. However, they won that group and went on to win the whole thing to complete their treble. This time, it's much easier for Luis Enrique's men and with the deadly trio of Lionel Messi, Luis Suarez and Neymar looking to bring fear all across Europe, they look to do that against the German, Italian and side from Belarus.

However, we've seen sides that have caused surprises in the history of the UEFA Champions League who didn't make the big sides' runs too easy. The match featuring Roma and Barça will probably determine the winner of the group, as Bayer Leverkusen will look to challenge Roma for that second place spot as the side for the Eternal City look to revive themselves following a disappointing group last season in the Group of Death with Manchester City, Bayern Munich and CSKA Moscow. BATE Borisov is only looking for a miracle. 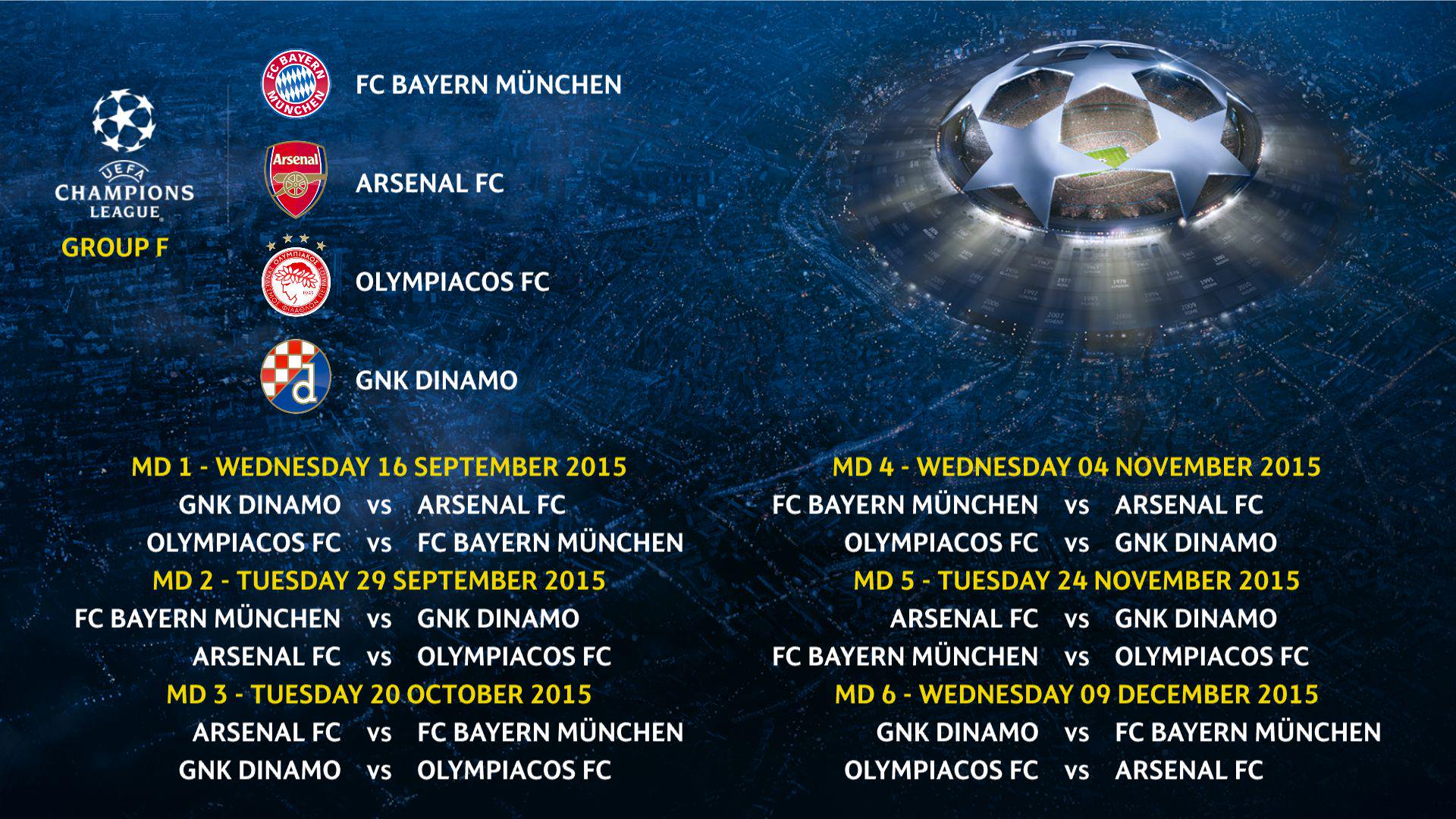 Deja vú yet again for Gunners fans. They will take on the Bundesliga champions yet again in what despite might be the most challenging opponent, Arsene Wenger should not be fearful of this group. While the match against Pep Guardiola's men will be crucial to see who wins the group, it will be wise for both sides to get three points in Greece and Croatia, where the atmopshere is intense.

Still, with the incorporation of players like Douglas Costa and Arturo Vidal to Bavaria and with Petr Cech going north of London instead of staying west, it will turn out to be a motherwatering matchup between the two sides, while Olympiakos and Zagreb look to provide a surprise if they want to qualify to the Round of 16. 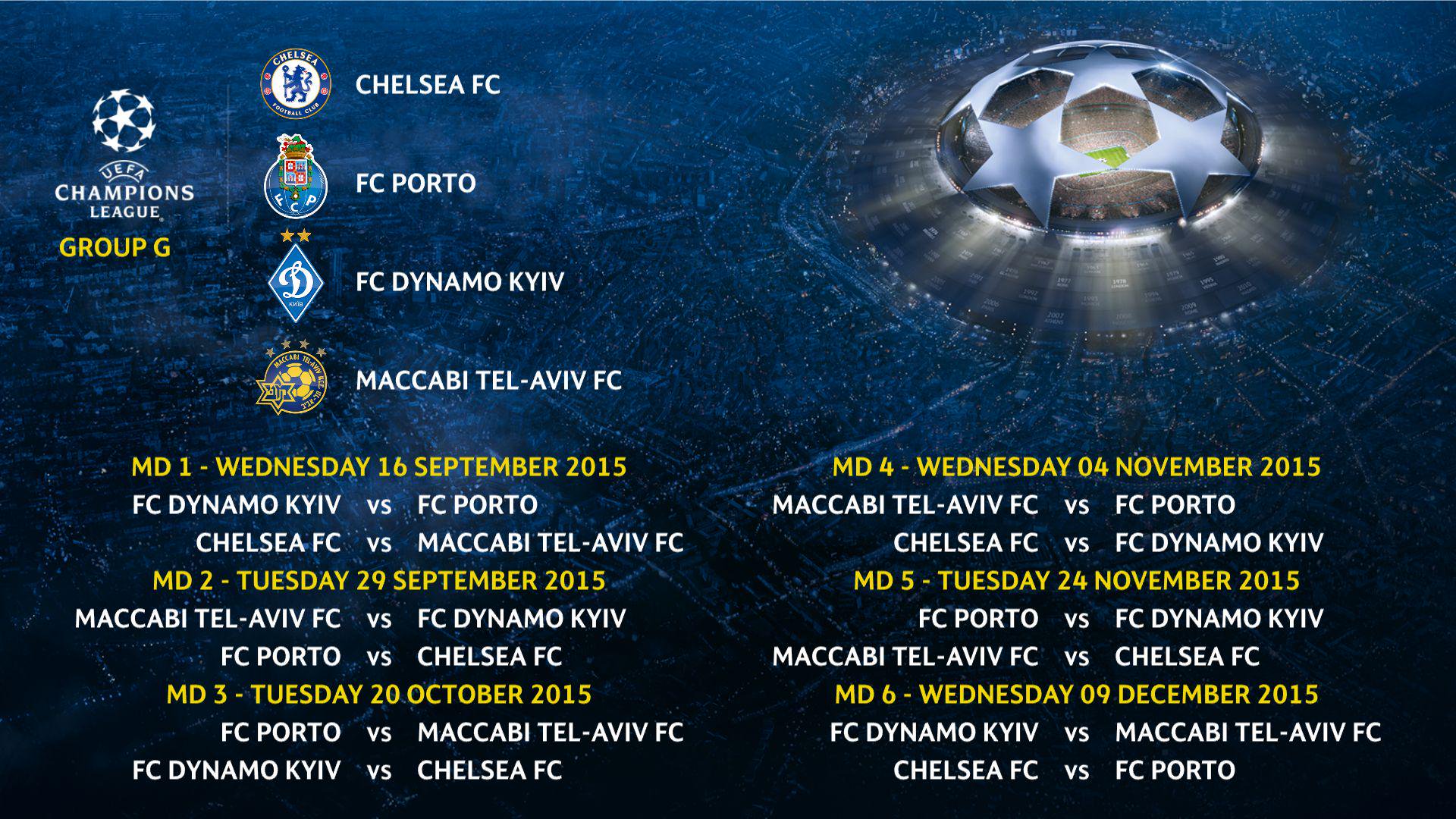 Jose Mourinho returns to the club where he made a name for himself in the continent. Yes, the Special One returns to Porto in Portugal for a match that may well determine the winner of this group. Although this group favors the Blues on paper, it's always been tough to get points at the Estádio do Dragão and taking on a familar name in Iker Casillas will bring some good or bad memories, depending on how you view it.

Still, it's an easy group that will require a lot of travel as they head to Ukraine and Israel, as Dynamo Kiev will look push the Portuguese powerhouse all the way for that second spot, while Maccabi Tel-Aviv is the group’s minnow and representing an entire nation. 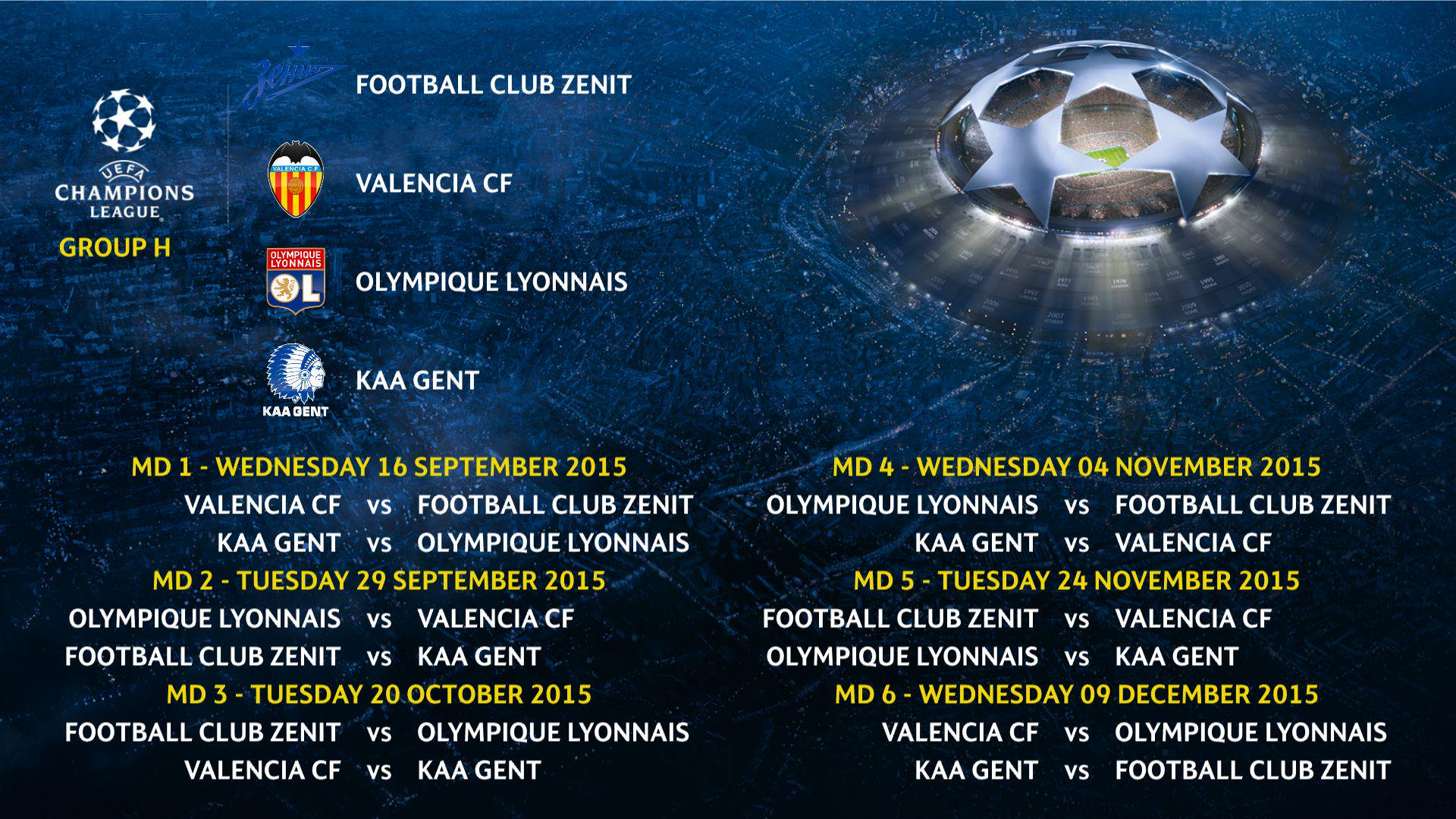 The heading saids it all, this is indeed the most open group out of all the eight groups in the Champions League. The Russian champions will look to take to their advantage the support at home, but it's all about what André Villas-Boas' side can do away from home that matter, which paid a price last season by going out in the group stages and into the Europa League.

Valencia seem to be the favourite for this group and if they can dispose of Zenit, then they can win that group and with players for this Olympique Lyon side with Nabil Fekir, Alexandre Lacazette and Mathieu Valbuena at their disposal, then the French side can indeed challenge the Spanish side in this group where anything can happen. As for the Belgian champions Gent, they look to provide a surprise in traditional UEFA Champions League style.

Lincoln City vs MK Dons preview: How to watch, kick-off time, team news, predicted lineups and ones to watch 2 hours ago

Brighton &amp; Hove Albion vs Everton preview: How to watch, kick-off time, team news, predicted line-ups and ones to watch 15 hours ago

The Warmdown: United battle back despite VAR controversy 19 hours ago

Burnley 2-1 vs Newcastle: The Warmdown 6 hours ago

West Bromwich Albion v Southampton: How to watch, kick off time, team news, predicted lineups and ones to watch. a day ago

Tottenham Hotspur 1-3 Manchester United: Cavani header turns it around during best display as a United player a day ago

The Warm Down: Trent late winner secured the points a day ago
//