Newcastle United manager Rafael Benítez has refused to criticise his team after the newly promoted Premier League side suffered a shocking Carabao Cup second round 3-2 extra-time defeat against Nottingham Forest on Wednesday.

Benítez made as many as 10 changes to the lineup which suffered setback in the match against Huddersfield Town at the weekend, but had a brilliant start to the game as Serbia striker Aleksandar Mitrović gives his side a lead inside the first five minutes.

However, Scottish striker Jason Cummings’ brace put visitors in control before young Rolando Aarons equalized just before the half time.

No team could seal the deal in second half, and it was substitute Tyler Walker strike which gave Forest a famous victory on the night.

Talking after the match, Benitez said he still believes in his team after three consecutive defeats in the new season. “We knew that to going into the Premier League, a new division, a new competition, another level, you can win games or you can lose games,” he said. “In this case, we lost this one. It was a game that we were expecting to win"

Benítez added that he is "convinced" that his Newcastle side "will improve" after their poor start, saying that his players now "have to be ready for the next one." 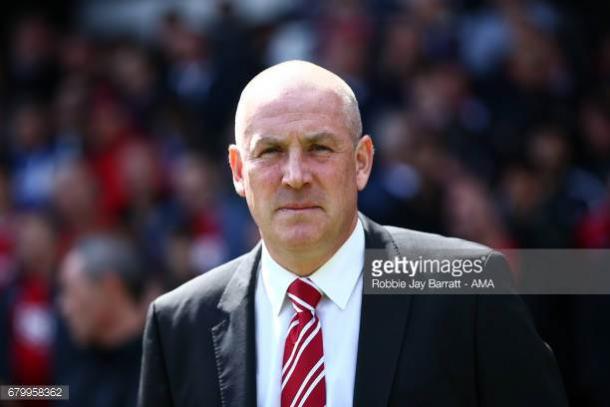 Forest manager Mark Warburton, on the other hand was delighted with his team’s effort and reveals that his team’s main purpose of the night was to come and enjoy football on a historic venue.

"For us, it was about coming to an iconic football stadium on a superb playing surface and enjoying it,” said Warburton. “If you can't come to a place like St James' Park and enjoy a game of football, then something is wrong.

Warburton said his side wanted to "come here tonight and deliver a good performance" and "leave the field with no regrets", and after progressing to the third round of the Carabao Cup "that's what I think we did tonight."

Wolverhampton Wanderers vs Newcastle United: A look ahead to Super Sunday's clash 19 hours ago

Ivan Toney: Sold too soon or never meant to be? 3 days ago

Warm down: Magpies sank in battle of United's 7 days ago