Manchester United thrashed Newcastle United 4-1 Saturday evening at Old Trafford​, coming from a goal behind to move back second in the Premier League table.

Despite the final scoreline, the hosts struggled in the early stages of the first half before pulling away in the second 45 minutes.

The visitors took the shock lead just 13 minutes into the first half, when Dwight Gayle’s shot hit the post and went in past United goalkeeper David De Gea.

Gayle, whose shot came right at the edge of the six yard box off a low DeAndre Yedlin cross, went unmarked as defender Victor Lindelof slipped as the cross went in.

Old Trafford fell silent as the home supporters were expecting an onslaught of offensive pressure from United, who started a front three of Anthony Martial, Romelu Lukaku and Marcus Rashford.

Newcastle almost doubled their lead in the 19th minute, as Dwight Gayle’s shot across De Gea’s goal went inches wide of the post. Gayle, who was played in onside, exploited United’s defense who were trying to push the home side forward to look for the equalizer.

The hosts would level the match with seven minutes left in the first half. Paul Pogba freed himself on the right flank and placed a perfect lob to Anthony Martial, who headed home a goal from close range.

United took a 2-1 lead in injury time, as Chris Smalling headed home an Ashley Young cross to give the home side the lead going into halftime. #

The hosts came out with the same momentum they had in the final minutes of the first half to begin the second 45 minutes, getting the very important third goal in the 54th minute.

Paul Pogba, who returned to the United starting eleven after being sidelined for two months, tapped home a Marcus Rashford header that completed a great sequence that began with a Lukaku cross. The trio’s combination pushed the hosts into the driving seat, 3-1 hhead.

Newcastle came close to a second goal in the 67th minute, when Jacob Murphy was denied a 40 yard wonder goal by the diving punch of David De Gea, but that was as close as they got to a comeback.

Manchester United extended their lead to three with around 20 to play, Lukaku ending his seven game goal drought with an impessive finish.

Zlatan Ibrahimovic, who had a terrible ACL injury only sive months ago, came on in the 77th minute substituting Anthony Martial for his return, sporting the number 10 shirt formerly worn by Wayne Rooney.

The legendary Swede came close to marking his return with a goal, but his two chances at goal, including an impressive scissor kick in the 90th minutem, were saved by Newcastle goalkeeper.

Any protests should be civilised but fans must be heard, urges Solskjaer 14 hours ago

Manchester United vs Liverpool preview: How to watch, kick-off time, team news, predicted lineups and ones to watch 4 days ago

Man United eye Cristiano Ronaldo return with the Portuguese planning route out of Juventus&nbsp; 4 days ago

Solskjaer ahead of Liverpool clash: 'Whatever the result does to Liverpool cannot be of our concern' 6 days ago

Solskjaer confident of board backing and has received 'great support'&nbsp; 6 days ago

The Warm down: United have one foot in final after second-half masterclass 6 days ago 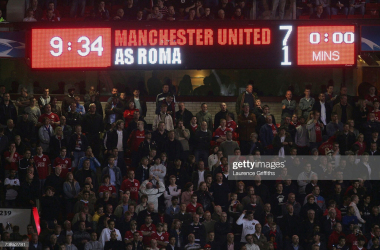 Manchester United vs Roma Preview: Team news, ones to watch, predicted line ups, kick-off time and how to watch 7 days ago 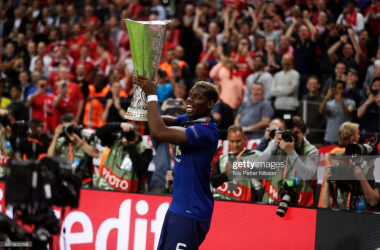 Manchester United vs Roma: Things to look out for 7 days ago 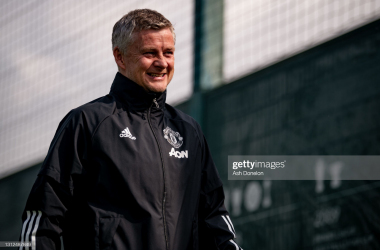