With the 'winter break' drawing to a close, Premier League football will take centre stage this weekend as Mikel Arteta's Arsenal welcome Newcastle United to The Emirates.

The narrative in North London is currently one of an Arteta-inspired revolution, though even the most ardent optimists will struggle to divert their eyes from the damning statistic that reads just one win in seven in the Premier League under the Spaniard. It has left the Gunners five points off the Europa League places, and ten away from the top four.

If a late surge towards Europe is to materialise this season, then it is now or never for Arteta's men.  Due to the postponement of the match away at Manchester City on March 1, Arsenal's next three league matches will be played at home and will undoubtedly define the rest of their season with just 13 matches left to play.

However, if recent form is anything to go by, then Steve Bruce's Newcastle will certainly be no rollovers. Unbeaten in eight, it is only goal difference that separates Newcastle from their opponents, and their uncanny knack for picking up points in the games that they least deserve them will stand them in good stead on Sunday in a contest where the home side will no doubt be looking to seize total control of possession.

Arsenal will welcome both Reiss Nelson and Sead Kolasinac back into the squad following their respective thigh and hamstring injuries. January recruits Cedric Soares and Pablo Mari remain unavailable though, while Calum Chambers (ACL) and Kieran Tierney (shoulder) are also ruled out.

The visitors will be boosted by the return of Joelinton and Miguel Almiron, with the former passed fit after taking a knock against Oxford United in the Emirates FA Cup. Yoshinori Muto and Dwight Gayle are both doubts, however. "We're just going to assess whether it's a little bit early for Muto and Dwight," Bruce told the Newcastle media.

Andy Carroll will also miss out after sustaining an injury in training. He joins Jonjo Shelvey on the sidelines who is yet to recover from his hamstring injury.

Arteta must revive his misfiring frontmen

As is often the case with a new manager, improvements under Arteta have predominantly revolved around the intangibles, with the work- ethic, ambition, and self-belief amongst the dressing room undergoing somewhat of a transformation under the tutelage of the Spaniard. 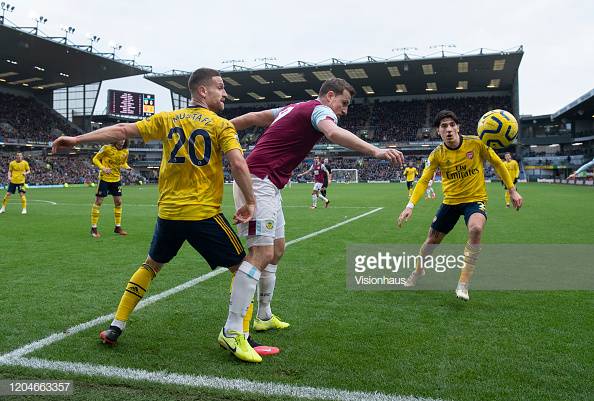 One quantifiable difference, however, has been the new-found defensive solidity.

Indeed, it is still early days, but since Arteta's arrival, Arsenal have conceded just eight in their nine matches in all competitions, compared to 39 conceded in 26 matches beforehand. It's a commodity his predecessors, Unai Emery and Freddie Ljungberg, were unable to achieve. Though it has come at a cost.

Arsenal used to score at a rate of just under two goals per match with 50 in 26, however, under Arteta, they manage just 1.2 per game. The decline in offensive output is stark, and how much of that is down to Arteta is unknown.

What is crystal clear, though, is the way in which the output of key individuals has waned.

Alexandre Lacazette's goalscoring prowess has well and truly deserted him, with the Frenchman's drought stretching back to December 5. And his cause has not been helped by German colleague Mesut Ozil, who has registered just one assist this season. Arteta believes in them and their effort has been admirable, but such a virtue can only get you so far in the Premier League.

The three-match suspension of Pierre-Emerick Aubameyang vindicated Arsenal's reliance on him for goals, yet even his performance in his return at Turf Moor was profligate to say the least. And as for the enigma that is Nicolas Pepe, another unceremonious omission from the starting XI against Burnley has left many fans questioning the £72m man's desire and application on the training pitch.

Arteta needs solutions to this disjointed attack, and he needs them fast.

Bruce's men to defy the odds once again ?

Newcastle United - the paradox of the Premier League - are the team that make you question everything you know about football. Sitting pretty in 12th with a seven-point cushion on the relegation zone and unbeaten in eight, there has been lots to admire about Steve Bruce's first season on Tyneside, but, at the same time, lots to be concerned about. 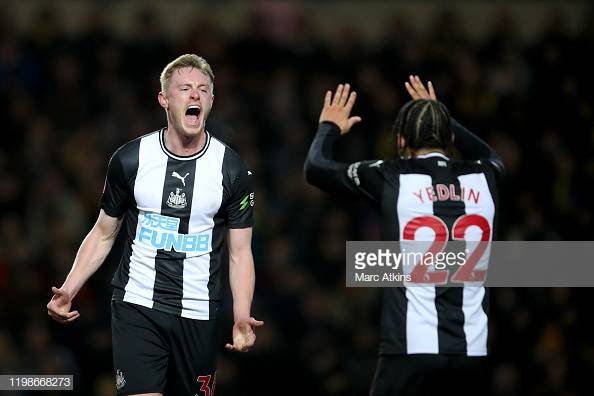 Bruce has been squeezing all he can out of a very limited squad, but to say that aesthetics have been sacrificed is somewhat of an understatement. Watching Newcastle has become an ordeal.

In their trademark 5-4-1 formation, Newcastle are more than happy to drop deep into a low block, and then pounce when the time arises. Even then, it is not as though the Magpies have mesmerised on the counter-attack. Far from it. Joelinton, Miguel Almiron et al have scavenged for their chances this season.

Hopeful, scrappy, dated - call it what you like, but so far it has been effective. Yes, the unbeaten run has consisted of five draws - two of which were against League One opposition - and yes, the statistics suggest the football isn't sustainable, but the fact of the matter is that Bruce's men are picking up points.

And having already prevailed against Manchester United, Tottenham Hotspur, and Chelsea this season, it would be no surprise to see Newcastle take yet another scalp on Sunday.

Newcastle will leapfrog Arsenal with a win, and - despite the Gunners' poor form this season - the prospect remains an enticing one for Bruce. He believes the resolve and resilience in his players will serve them well on Sunday. "I didn't think we'd be level on points, I'll tell you that, and I didn't think we'd win two more games than Arsenal," Bruce told the Newcastle United media.

"It can't be a fluke - not over 25 games, anyway - that they have a certain resilience about them and a certain pride about them, which is there every day they train and [every time they] play."

He continued: "We're going there and the one thing we are is resilient, and we're difficult to play against and difficult to beat and we've got to be all of those things."

When queried in his pre-match press conference over whether he priorities defensive solidity over fluid attacking football, Arteta responded that "it's winning" that matters, and dismissed claims that he has had to sacrifice offensive potency for a more resolute backline. 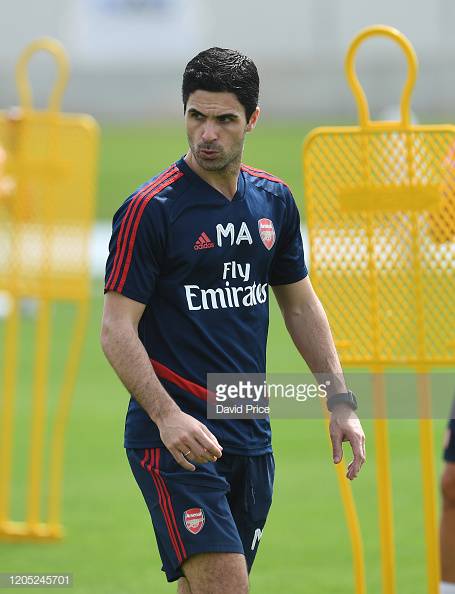 "I don't think so. I think we have had to generate some defensive stability, but not by defending deep," Arteta told the Arsenal media.

"I don't like that. It's by defending high and pressing the opponent as much as possible."

Arsenal v Newcastle United preview: Team news, ones to watch, predicted line ups, and how to watch. 8 days ago