Burnley managed to make it six matches unbeaten in the Premier League, with the Clarets holding Tottenham to a 1-1 draw at Turf Moor in an even contest.

Sean Dyche's side were the better side during the first half and went in at half time with the lead, thanks to the returning Chris Wood's opener in the 13th minute.

Tottenham, though, improved after the break and Jose Mourinho's side ensured they would end a four-game losing run, with Dele Alli converting from the spot five minutes into the second half.

The two sides came into the contest in contrasting periods of form, and it was the in-form Burnley who took control of the game during the opening exchanges at Turf Moor - and the Clarets came close to an early breakthrough with Wood firing just over the bar from the edge of the box.

Sean Dyche's side then came even closer a few moments later, with Jay Rodriguez heading the ball towards the goal from a corner only for Oliver Skipp to hook the ball away on the line.

Burnley, though, had soon managed to take a deserved lead, with Wood marking his return to the starting line-up by tapping the ball home after Hugo Lloris spilled Rodriguez's stinging effort.

The Clarets continued to do most of the attacking during the rest of the first half, but they were unable to create any more real clear cut chances in the first half.

Dyche's side though were able to frustrate Tottenham from gaining any sort of momentum, as they looked a tired side lacking in confidence during the opening 45 minutes.

Mourinho elected to make two vital changes at half time, with Giovani Lo Celso and Lucas Moura introduced in a change in shape for the visitors.

Lo Celso played a key role in Tottenham getting back on level terms, with the midfielder driving forwards in possession and picking out Eric Lamela, who was brought down just inside the box by Ben Mee.

Alli, who had been struggling for form in front of goal in recent weeks, stepped up and sent Nick Pope the wrong way to get Spurs back level at 1-1, with just five minutes played in the second half.

The rest of the second period was open and evenly contested, with both teams struggling to create any real clear cut chances to take the lead.

The closest Tottenham came to a winner was a curling effort by Lo Celso, which went just wide of the post, as Spurs looked to complete their turnaround.

Burnley, though, created one more chance of their own, with Matej Vydra, a second half sub, turning on the ball in the box but only managing to fire the ball straight at Lloris, meaning both sides had to settle for a point.

Man Of The Match: Jack Cork

Burnley had a couple of players who were arguably deserving to claim the Man of the Match Award, with the likes of James Tarkowski, Charlie Taylor and Dwight McNeil all showing moments of quality throughout the contest.

However, the standout performer was Jack Cork, who managed to help the Clarets take control of the game in the middle of the field and really push Spurs onto the back foot at times.

Heading into the game few Burnley supporters would have been frustrated with a point from the contest, but such was the level of their performance that the Clarets can feel somewhat unfortunate they could not have claimed all three points.

That shows how far Burnley have come since the turn of the year, with Dyche's side full of belief and confidence at the moment and having the feeling they can take three points of any team in the league.

The draw against Tottenham takes Burnley onto 39 points, which could well be enough to ensure survival, but the Clarets are showing the maturity to not just survive but also thrive in the Premier League. 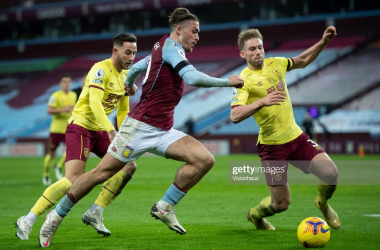 Burnley vs Aston Villa preview: How to watch, kick-off time, team news, predicted lineups and ones to watch 2 days ago 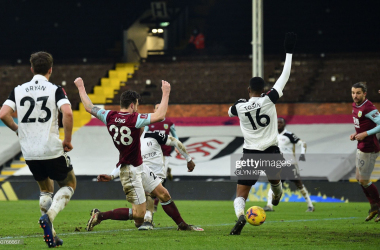 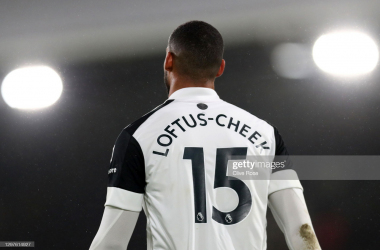 Fulham vs Burnley: Team news, predicted line-ups and how to watch 5 days ago 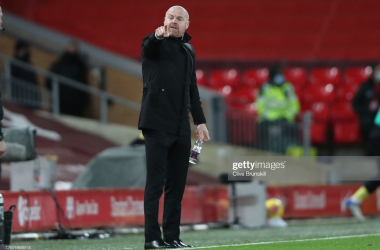 Is Jonjoe Kenny the right target for Burnley? 10 days ago

Is Matej Vydra's time up at Burnley? 13 days ago

Burnley vs MK Dons Preview: Can League One Dons cause FA Cup upset at Turf Moor? 20 days ago

Burnley January Transfer Window: Who is coming and who is going? 22 days ago

Opinion: James Tarkowski should still be allowed to leave in the summer 22 days ago
Restore your password
Please enter your user name or email.
Login Member or Writer Panel
Enjoy your own Customized Newspaperwith VAVEL topics' carousels!