Leicester City continued their 100% record in the UEFA Europa League group stage with a 4-0 victory over SC Braga.

Kelechi Iheanacho scored in both halves for the home side as Brendan Rodgers' side made it five games unbeaten in all competitions.

Moments after coming on, Dennis Praet scored his first European goal since 2014 to hand Leicester control of the game. The fourth was put in by James Maddison after the ball, fortunately, found it's a way through the Braga defence.

The victory is Leicester City's biggest ever win in European football, which was previously 4-1 at Glenavon in 1961.

Braga, who came into the game on the back of two straight victories in the competition, were no match for a changed-Foxes' side.

The game took 20 minutes to come to live after both side's spent the opening stages of the contest working each other out.

Leicester opened the scoring when Iheanacho tucked the ball into an open net from Matheus' original save.

Christian Fuchs' long throw-in was well-read by the Nigerian striker, before receiving the ball back from Maddison to eventually tap the ball in.

The Portuguese side replied well to going a goal behind, enjoying possession and pinning the hosts back. A dangerous cross nearly found Abel Ruiz, only for Hamza Choudhury to cut the cross out.

Maddison, who was on the receiving end of a number of tackles, nearly added to his goal against Zorya Luhansk when his right-footed strike looked set to nestle the bottom corner.

Matheus was quick to react to the low effort to turn the ball away from goal.

However, the Brazilian goalkeeper could not prevent a second Foxes goal early in the second half, when Iheanacho grabbed his second goal of the evening after his strike deflected past Matheus into the far corner.

After replacing Cengiz Under, Praet ran onto Iheanacho's pass across goal to tap past the helpless visiting goalkeeper and secure all three points.

Iheanacho has now been directly involved six goals in three Europa League start (three goals and three assists) for the Foxes this season.

The Primeira Liga side struggled throughout the contest, especially against the high-line of Leicester's defence and the pace they had up-front.

Maddison's impressive display was sealed with a goal after tip-toeing his way through the defence before slotting the ball past the on-rushing Matheus.

After not featuring in the 4-1 win at Leeds United, Iheanacho demonstrated his quality on Thursday night with two well-taken goals.

It now means he has scored three times in the competition so far and the confidence will be breeding in the striker going into the future games.

With Jamie Vardy usually the spearhead for the Foxes, having a striker like Iheanacho will be please Rodgers' going into a busy winter schedule.

Analysis: How Leicester City could be the team to end Liverpool's Anfield run 3 days ago

Liverpool vs Leicester City: How to watch, kick-off time, team news, predicted lineups and ones to watch 4 days ago

Christian Fuchs: From left-back to centre-back&nbsp; 12 days ago

Leicester City vs Wolverhampton Wanderers: How to watch, kick-off time, team news, predicted lineups and ones to watch&nbsp; 17 days ago

Analysis: Leicester City vs Wolverhampton Wanderers - How will the teams set up? 18 days ago 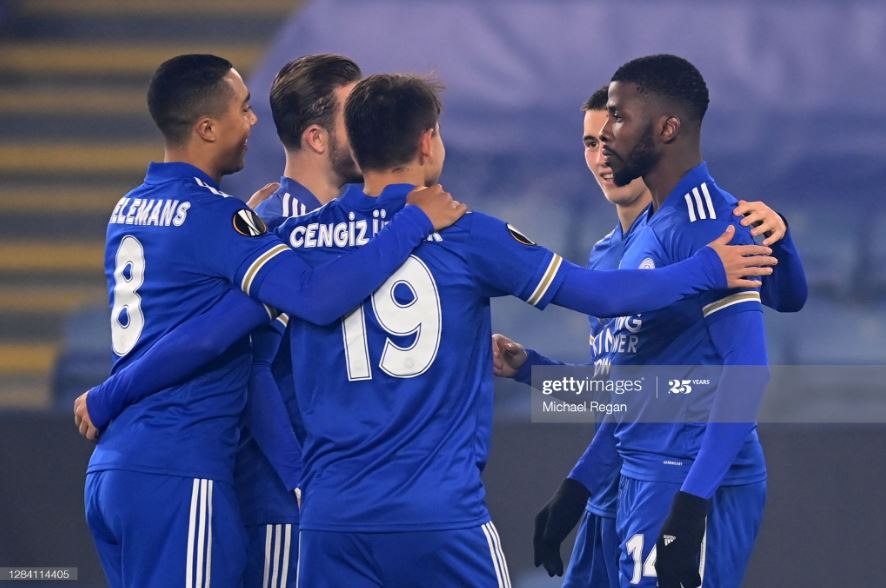