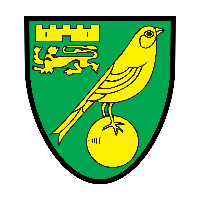 Norwich City remain top of the SkyBet Championship after they held off a resurgent Stoke City at the Bet365 Stadium on Tuesday night.

First-half goals from Emiliano Buendia and Teemu Pukki put Daniel Farke's men well in control in Staffordshire before Pukki added his second of the game just before the hour mark made sure of the points.

The home side weren't completely out of it however and found a consolation through Tyrese Campbell shortly after the away side were reduced to 10 men following a second yellow card offence for Buendia who was dismissed for a dangerous high-foot tackle.

Nathan Collins made the game even tighter in the 79th minute as he headed home from a corner to close the gap to just one goal but Norwich were able to hold on.

For Stoke, a win would have brought them level on points with the current league leaders but Michael O'Neill's men were unable to find an equaliser as the Canaries recorded a third straight win.

Both teams came into the game in good form, with both sides winning three of their last four fixtures and it would be Norwich who had the first sight of goal through Josh Martin in the 11th minute.

The 19-year-old, making his first senior start for the club, found space on the edge of the box following a headed clearance away from Emiliano Buendia's corner, but his shot was deflected away for another corner.

The Canaries were dominating the opening proceedings and were in on goal just a few minutes later after Buendia found Pukki in space who then unleashed a tidy weighted pass in the path of the on-rushing Martin, who saw his effort blocked away for a corner.

Stoke had answers of their own though and after a long ball into the box, Tyrese Campbell did well to hold off Ben Gibson and lay the ball back to captain Sam Clucas who promptly fired his shot over the bar.

Norwich looked in command though and their patience paid off as they took the lead in the 18th minute.

Taking advantage of poor Stoke possession, they broke away in numbers and after referee decided to play on following a late tackle on striker Pukki, the ball fell to Argentinian Buendia, who calmly rolled the ball past Bursik to give the visitors the lead.

Buendia was dictating the play all over the pitch and nine minutes later returned the favour to Pukki as Norwich doubled their lead.

Finding space in the middle of the park, Norwich's number 17 curled a delicious through ball for the Finland striker to latch onto and leave him with a one-on-one against Joe Bursik.

With all the time in the world, Pukki looked up and arrowed his shot into the far bottom right-hand corner of the goal to put the league leaders well and truly in the ascendancy.

Chances were few and far between for Stoke in the first-half, but on the cusp of the half-hour mark they tested Norwich keeper Krul for the first time.

A teasing ball from right-back Tommy Smith found the head of Fletcher who's effort was well saved before the former Sheffield Wednesday man took a nasty tumble into the advertising boards and had to be substituted just minutes later with an injury.

John Obi Mikel and Nick Powell also tried on the follow up, with the latter hitting the crossbar and denying the Potters once more.

For all of Norwich's wonderful play in the first-half there was one bittersweet moment as first-choice keeper Krul went down with an injury five minutes before the interval.

The experienced shot-stopper was replaced by  Northern Irishman Michael McGovern, with the 36-year-old making his first appearance since October 2019.

Michael O'Neill's side thought they should have had a penalty in the 42nd minute after Lee Gregory and Grant Hanley both competed for the ball in the air, but referee Geoff Eltringham waved away their protests.

Unimpressed with his side's first-half display, Stoke boss O'Neill rang the changes for the second 45, replacing full-backs Tommy Smith and Josh Tymon with Tom Ince and Nathan Collins to spark some life back into his team.

Stoke showed signings of improvement but in the 57th minute, it was game over as Teemu Pukki added his second.

With too much time to look up it was former Arsenal academy graduate Martin who threaded the ball through to the 29-year-old who slipped through the middle of the Stoke centre-backs and comfortably round the keeper and slot home into an empty net.

Despite being one of the star players on the night, Norwich's main man Buendia put a dampener on his performance by being shown a second yellow card for a high foot challenge.

The dismissal seemed to bring instant momentum to the home side, who promptly gave themselves a lifeline thanks to Tyrese Campbell after he headed home from Morgan Fox's brilliant cross to give the Potters in the 70th minute.

Just three minutes later and Stoke almost had another through Danny Batth after he directed his header from Sam Clucas' free-kick towards the goal, however McGovern was quick to react and palmed his shot away.

The red card had well and truly changed the game and with just over 10 minutes to play, Stoke found the back of the net again to well and truly give themselves a chance of salvaging something from the game.

Substitute Nathan Collins was the man on the scoresheet as he bundled home Sam Clucas' corner to give the home side real belief they could go on to get something from the game.

O'Neill's men searched for an equaliser and had a goal ruled out in the 86th minute for a foul in the build-up, but were unable to find a breakthrough as Norwich held on for a first win away at Stoke since 2013.

Sometimes you come across players that are just a joy to watch and Emiliano Buendia is one of those.

The 22-year-old opened the scoring for his side tonight but it was his range of passing that caught the eye as the midfielder showed his ability to distribute the ball both long and short-range.

His assist for talisman Pukki was the best of them all, a curling ball which looked practically effortless as it fell beautifully in-front of the Canaries forward.

His two yellow cards however were causes for concern - particularly the second yellow - with both being late and rash challenges, showing that whilst he has talent, the Argentinian must keep his temperament when on the pitch

Many expected Buendia to leave Carrow Road in the summer, but if he keeps putting in performances like he did tonight, Norwich could be in for a fight to keep their star man in January.

After Teemu Pukki scored Norwich's third, fans of Stoke would have been fearing the worst, but what they then saw was a spirited display where on another night they could have taken a share of the spoils.

There's no doubt that the red card changed the momentum of the game, but nonetheless, the Potters had much more of an attacking intent about them that should have been there from the off.

The defeat whilst disappointing, can see Stoke take some positives ahead of a very busy upcoming schedule.

Coventry City vs Sheffield Wednesday preview: How to watch, kick-off time, predicted lineups and ones to watch 37 minutes ago

Swansea City vs Brentford preview: How to watch, kick-off time, team news, predicted lineups and ones to watch 3 minutes ago

Barnsley vs Cardiff City preview: How to watch, kick-off time, team news, predicted lineups and ones to watch an hour ago

Millwall vs Watford preview: How to watch, kick-off time, team news, predicted lineups and ones to watch a day ago

Sam Hutchinson returns to Sheffield Wednesday a day ago