Oxford United are back under the Kassam lights on Tuesday evening, as they take on League One leaders, Peterborough United.

Karl Robinson's side scored in the seventh minute of injury time against MK Dons on Saturday to earn themselves a point and keep the play-off push alive.

Despite labouring to a point on the weekend, United have only lost twice in their last 16 league games; their last two home games.

The Posh come into the game having won their last six games and are currently sat top of the league. The visitors are flying and will be keen to extend their winning run at Oxford's expense on Tuesday evening.

Oxford United have a full squad available with no fresh injury concerns for Karl Robinson.

Darren Ferguson is expected to name an unchanged side following his side's sixth successive win against Wigan Athletic on Saturday.

Josh Ruffels put in a man of the match performance at Stadium MK on Saturday, after Karl Robinson described him as 'a manager's dream' in his pre-match press conference.

The full-back has been ever-present in the Yellows' surge in form that has seen them rise up the table in the past couple of months. Ruffels will be hoping his influence can help turn around Oxford's recent blip, starting with a result against the head of the table.

It almost goes without saying; the forward is arguably in his prime form this season and has scored nine goals in his last seven league appearances.

Having netted both the goals in the Posh's comeback against Wigan on the weekend, the former Rotherham forward will undoubtedly be keen to add to his tally against Oxford on Tuesday evening.

The two sides have already faced each other twice this season already, having been drawn together in the FA Cup first round. Peterborough came out on top in both affairs, winning 2-0 in the reverse fixture in October.

Oxford United last beat their visitors at the start of the 2019/20 League One season in a 1-0 win at the Kassam.

The match is available to watch on iFollow through Oxford United or Peterborough's respective club websites/apps, with match passes available at £10 for those across the United Kingdom.

Michael O'Neill frustrated with stalemate against Preston 31 minutes ago

Manchester United vs Burnley: Things to look out for 3 hours ago

The Warm Down: Newcastle claim second win in a row, moving further away from the drop zone an hour ago

Leicester City vs Southampton Preview:&nbsp;How to watch, kick-off time, team news, predicted lineups and road to the final 3 hours ago 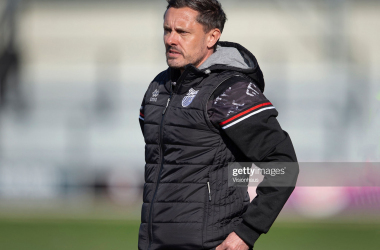 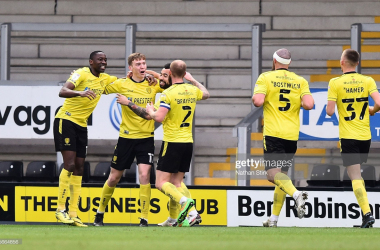