A Kyle Vassell penalty was enough to separate Fleetwood Town and Gillingham on Tuesday evening, as Town defeated the Gills 1-0 at Highbury.

The Rotherham United loanee's second-minute spot kick was the difference between the two teams on a windy evening in Lancashire, and the win means Town have now won three matches in a row under new manager Simon Grayson.

Fleetwood had a dream start to the game, as Gerard Garner hit the deck in the box under a challenge from Connor Ogilvie. Referee Marc Edwards showed no hesitation in pointing to the spot, and Vassell put the hosts ahead from the spot, sending Jack Bonham the wrong way.

Fleetwood then hit the bar via a deflection as they went for blood, and Simon Grayson’s side continued to control proceedings as the first-half progressed, with Gillingham struggling to create on a tough surface.

A break in play on roughly half-hour allowed Gillingham boss Steve Evans to deliver some instructions to his team, and the Gills swapped to a 4-4-2 with Jordan Graham moving to the left and Kyle Dempsey to the right.

The half looked to be dying out, but Gillingham should have equalised in stoppage time when Olly Lee forced Alex Cairns into a save. Robbie Cundy headed across goal from inside the area, and Olly Lee met the ball across goal. Lee fired straight at Cairns and probably should have scored, but Cairns was equal to the effort.

There’s little doubt Simon Grayson would have been the happier of the two managers at the interval.

Gillingham were dealt a blow at the interval as Ryan Jackson was forced off through injury, with Robbie McKenzie replacing him at right-back.

John Akinde was also added the the equation five minutes into the second-period at the expense of Tom O’Connor.

Akinde tested Alex Cairns as the hour mark approached, and again should have scored, but a good low save from Cairns denied the Gillingham forward.

Suddenly, the game was coming alive. Jack Bonham came out of his area and cleared poorly, and Jordan Rossiter let fly from the half way line with the Gills ‘keeper out his goal. Luckily for Bonham, the effort cashed back off the crossbar.

Matty Willock and Paddy Madden also joined the fray as the game headed towards the crunch period, and Jordan Graham soon followed as Gills boss Evans rang the changes to try and get his side back into the game.

Akinde again had an effort on goal from a now-Connor Ogilvie long-throw, firing on the volley, but straight into Alex Cairns’ hands.

Kyle Dempsey fired well, well wide in the final 10 minutes of the game, and it was apparent that Gillingham were struggling in front of goal.

Paddy Madden robbed Jack Tucker of the ball in stoppage time and had the chance to kill the game, but he went for glory when closing down on goal rather than going for the pass, and Bonham saved well.

Steve Evans’ side were unable to find a breakthrough, and Fleetwood registered a third win in a row in League One. 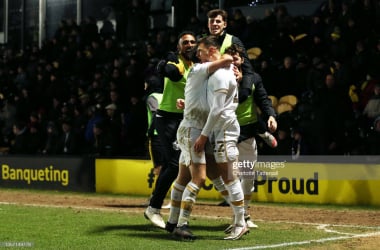 Coventry City 1-2 West Bromwich Albion: Baggies up to third after victory over Sky Blues 4 hours ago 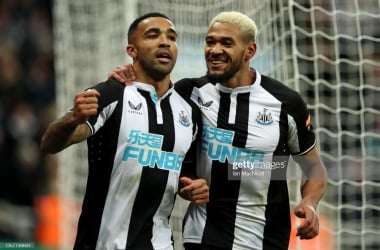 Newcastle United vs Burnley preview: How to watch, kick-off time, team news, predicted line-ups and ones to watch 8 hours ago
//