The first signing of a new era at Tottenham Hotspur has arrived, and thanks to the Italian managing director Fabio Paratici, Spurs have acquired one of the best goalkeepers in the Serie A last season.

According to Football Insider Fabrizio Romano, Spurs are set to sign Atalanta goalkeeper Pierluigi Gollini on a loan deal until 2022 with an option to extend the loan till 2023.

Tottenham are set to sign Pierluigi Gollini from Atalanta as new goalkeeper, confirmed and here we go! ⚪️🇮🇹 #THFC

Buy option could become obligation in case of some targets achieved.

The 26 year-old, who signed with the Italian club in 2018 after stints with Manchester United, Hellas Verona and Aston Villa, played a total of 112 games for Atalanta, keeping 38 clean sheets.

Gollini played a huge role in Atalanta's 2020 / 21 campaign, as the team finished third in the Serie A and started three UEFA Champions League group stage games.

This is a move looking at the future for Spurs, considering team captain Hugo Lloris' contract at North London is set to expire in the summer of 2022.

According to The Athletic UK, despite Gollini's arrival, Lloris is still expected to remain at the club this season.

The UEFA Europa Conference League as well as the cup competitions are expected to be important for Gollini, as some playing time with the 'Lilywhites' this season will have him ready for the 2022 / 23 campaign.

Fabio Paratici is also expected to make a push for Gollini's teammate at Atalanta, Cristian Romero, who was named Serie A's Defender of the Year last season.

Multiple sources have reported talks between Tottenham and Atalanta for the centre-back are still ongoing with no agreement yet on price, which could prove to become an obstacle.

“Romero is one of the best defenders in Serie A and it is normal that many clubs are interested in signing him,” he said. “Let’s see what happens, if we are to sell players, we must do it in a smart way and offers must match their value.”

Spurs looking at Mexico's Jesús Corona a day ago

Toby Alderweireld set to join&nbsp;Al-Duhail a day ago

Dele Alli nominated for&nbsp;UEFA’s Goal of the Season 5 days ago 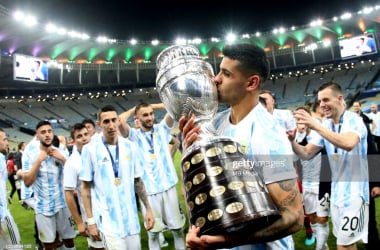 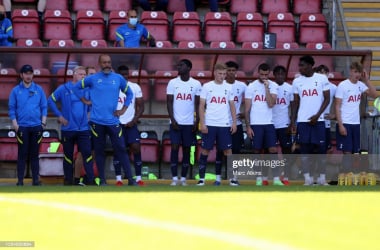