Huddersfield Town were blown away at home to Fulham on Saturday afternoon in the Sky Bet Championship.

The damaging loss came after a good performance last weekend away at Derby County in the league after a 1-1 draw following Naby Sarr's thumping header.

Huddersfield welcomed automatic promotion favourites Fulham in a tie in which the Terriers were searching for a positive start on home soil. Instead, the game turned against them as several mistakes cost the West Yorkshire outfit in the early stages.

Town started the contest with a 4-2-3-1 formation with Levi Colwill at left back and Duane Holmes playing higher as a number 10 impact player. Ryan Schofield was tested early on but came out on top with a superb save. The Town keeper was a little unsighted as Josh Onomah tried a curler from 20 yards, but he got across to claw the ball out of the bottom left corner.

Colwill was central to Town's success in the early stages, winning various tackles and setting Sorba Thomas away down the left who outmuscled the full back, he then pulled the ball back to Duane Holmes who tested the goalkeeper down to his right hand side as the ball was pushed behind.

The Terriers thought they had got on the scoresheet in the fifth minute, only for a the goal to be disallowed to their disbelief after the linesman raised his flag. The corner was drilled home by Matty Pearson but it would prove to be  a particularly frustrating moment with Town's woes continuing from last season at the back which would lead to the opening goal for the visitors.

Thomas overhit a back pass in an attempt to keep it in, Schofield's clearance hit the sliding Alexander Mitrovic and went in with a big question mark surrounding whether the ball went out of play.

As the 21st minute struck the game settled down after a frantic start with the teams sharing possession. Fulham doubled their lead just before the break, bundling the ball home at the back post from a corner that was flicked on by Onomah who got the final touch. Town did get a goal back four minutes before the break as Pearson rose highest to nod home another excellent delivery from Thomas following the corner at the far post.

Fulham got up the other end from kick-off and moments later Fabio Calvalho converted, he was left entirely unmarked to place a pull back underneath Schofield from close range.

Scott High proved to make a positive impact in the second half since coming on. But two goals towards the end of the second, one in the dying seconds of the game by Ivan Cavaleiro just after Harry Wilson was sent off with a straight red for a tackle deemed dangerous on Colwill, would be the last nail in the coffin for the Terriers.

Ivan Cavaleiro still has goals in him

After his two goals in the game, he still remains one of Fulham's brightest players playing naturally upfront and scoring goals. Dangerous in one on one situations, he was pivotal in the Cottagers’ win, especially in the second half where he proved he is still hungry for more goals no matter what the scoreline.

Although Thomas didnt have the best of games, he was still by far Town's brightest player on the afternoon, making runs down the flanks and trying to get in behind. The much improved player also won several corners and was a handful with his defensive work for the team. 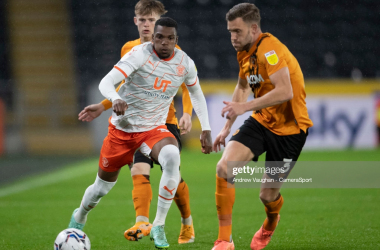 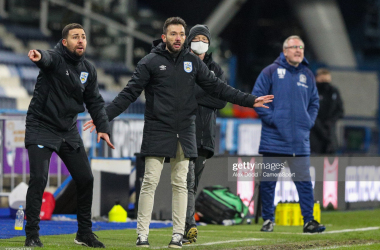 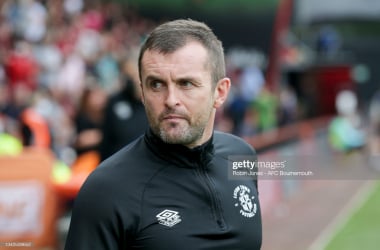 Luton vs Coventry preview: How to watch, kick-off time, predicted lineups, team news and ones to watch 5 hours ago

Southampton v Wolverhampton Wanderers: How to watch, kick-off time, team news, predicted line-ups, and ones to watch 3 days ago

West Bromwich Albion vs Queens Park Rangers preview: How to watch, team news, kick-off time, predicted lineups and ones to watch 5 days ago

Wolverhampton Wanderers 0-2 Brentford: The Bees continue to dazzle amongst England's elite 10 days ago
//