Sutton United look to continue their good form as they visit Exeter City on Saturday afternoon at St. James' Park.

The Yellow Army have recorded successive victories against Stevenage and Hartlepool United, their first two as members of EFL League Two after going winless in their opening four games and now find themselves in 16th place.

With a 4-0 victory over Scunthorpe United, the Grecians extended their unbeaten run to five games following a defeat to Leyton Orient and they sit in ninth in the league table.

Jack Sparkes continues to be absent and as a result, Exeter have signed Colin Daniel as cover at the left wing-back position. Archie Collins and Josh Coley are also still sidelined, but they are getting closer to training with the team.

Donovan Wilson is available for Sutton as is Omar Bugiel after being rested following international duty with Lebanon. Jonathan Barden remains out injured, meaning Joe Kizzi will get the start at right-back. Kenny Davis and Ricky Korboa are doubtful.

The Exeter captain has made 111 appearances for his hometown club and has already bagged four goals this season, scoring twice against Bristol Rovers and Scunthorpe. He forms a potent attacking threat with Joshua Key and Timothee Dieng.

The Sutton captain has twice been voted Player of the Year since joining the Yellow Army. While he's yet to score since the club achieved promotion, his leadership and ability will be crucial for Sutton to survive in League Two.

This is the first-ever matchup between Exeter City and Sutton United in all competitions.

There is no live streaming or television coverage of the match. However, both clubs’ iFollow channels will have online audio coverage. For Exeter, it's iFollow ECFC and for Sutton, it's iFollow U's. Kick-off is scheduled for 15:00 BST.

The Warmdown: Gunners fall short at Old Trafford 2 hours ago 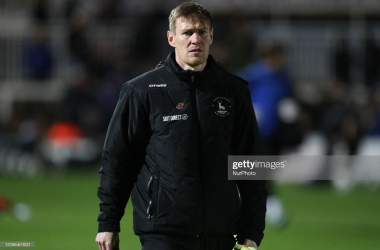 Michael Carrick steps down from Manchester United 21 hours ago 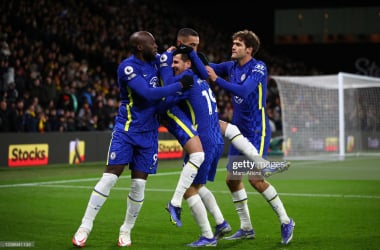 The Warm Down: Resilient Watford edged out by title-contenders Chelsea 8 hours ago
//