Preston North End advanced to the fourth round of the Carabao Cup as they eased past Cheltenham Town 4-1 at Deepdale.

The Lilywhites were 2-0 ahead at halftime courtesy of goals from defenders Andrew Hughes and Joe Rafferty both scoring their firsts of the season.

Kyle Vassell pulled one back for the Robins, but Sean Maguire made it 3-1 ten minutes from time and Emil Riis capped off the scoring to seal Preston's progression.

Preston manager Frankie McAvoy opted to make seven changes from Saturday's draw with West Bromwich Albion, with Ali McCann and Connor Wickham handed full debuts, but the latter was forced off just seven minutes in after being injured in an early challenge, with Maguire coming on in his place.

Taylor Perry had the first effort of the game as the Robins midfielder saw his deflected shot saved by Declan Rudd in the 14th minute.

Riis soon had a big opportunity for the hosts as Maguire floated in a delightful ball. The Dane took it down nicely on his chest, but he swung and missed in his attempt to volley.

The Lilywhites did open the scoring a few minutes later as Hughes rose highest in the box to get on the end of Ben Whiteman's corner from the left to beat Owen Evans.

Preston doubled their lead in the 37th minutes as Greg Cunningham found Rafferty with a cross and he tapped home aided by a deflection to make it 2-0.

Just before the break, a nick off a defender wasn’t as kind to Whiteman, as a Cheltenham man got in the way of his effort to send it just the wrong side of the post.

The Robins pulled one back on 56 minutes courtesy of Vassell as the second-half substitute sent one into the roof of the net after a Hughes header fell to him.

Maguire tested Evans as his shot stung the palms of Evans and he had another opportunity soon after as he sent Whiteman’s corner just over the bar.

The Irishman did get his goal before time was up, though, as he received the ball with his back to goal before turning to finish past Evans to restore the Lilywhites' two-goal advantage.

Riis then got his seventh goal in all competitions as he slammed past Evans in stoppage time from outside of the area to conclude Preston's fairly easy passage to the next round.

Man of the match: Sean Maguire

He came on in unfortunate circumstances, replacing Wickham, who was forced off through injury, but he made the most of his opportunity with some fine build-up play and quality chances before getting a richly deserved goal.

The Warmdown: Bristol City well-beaten by rampant Albion an hour ago

Brighton 1-4 Manchester City: Champions shine on the South Coast to move second a day ago 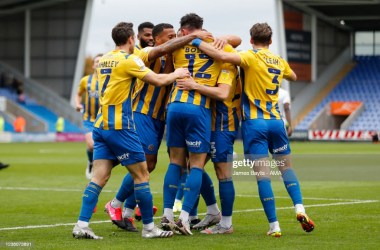 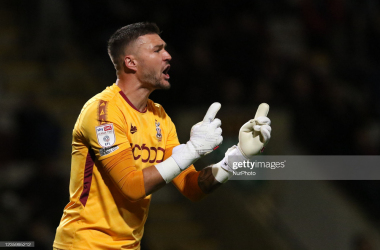 Carlos Corberan's post-Bournemouth comments: The loss, performance &amp; the class of Bournemouth a day ago
//