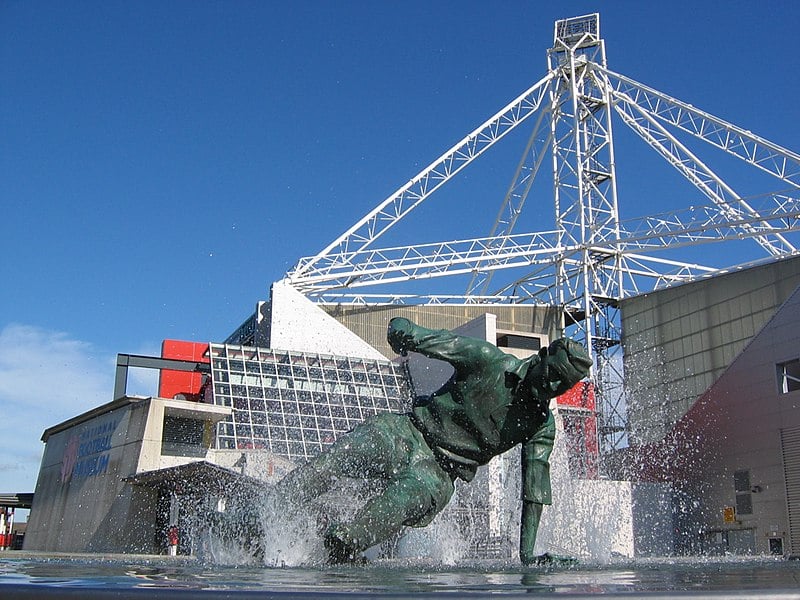 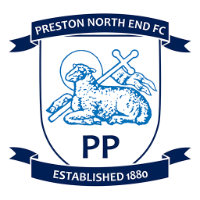 Preston North End are an English football team, currently playing in the Championship, they were founded in 1880, making them one of the first and oldest football league teams.

In the first football league season of 1888–89, they won both the league title and the FA Cup, the latter without conceding a goal. They were the first team to achieve the double in English football, whilst they also went the full campaign unbeaten, becoming the first ever "Invincibles". Preston won the league title again in 1889–90, although their only major success since then has been their 1938 FA Cup Final victory over Huddersfield Town.

Preston play their homes games at Deepdale stadium, and are often referred to as 'North End', 'Lilywhites' and 'PNE'.

Their biggest rivals are Blackpool, who they compete against in the West Lancashire derby. The most recent fixture between the two sides came in the League Cup, where Preston, managed by former Blackpool manager Simon Grayson, won 1-0 thanks to a late Tom Clarke header.

The player regarded as the best and most famous to have ever played for North End is Sir Tom Finney. The wide-man played for the club from 1946 to 1960 and was known for his loyalty towards his home town club, for which he made over 500 appearances, as well as earning over 70 caps for the England national team.

One of the most famous comments about Sir Tom came from another Preston legend Bill Shankly, who said:

"Tom Finney would have been great in any team, in any match and in any age ... even if he had been wearing an overcoat."

After his death at the age of 91 on 14 February 2014, Shankly said Finney was "the greatest player to ever play the game" while Stanley Matthews once compared him to Diego Maradona, Pelé, George Best and Alfredo Di Stéfano.

A famous statue known as 'The Splash' still remains outside Deepdale stadium, Finney unveiled it in 2004, the sculpture was inspired by the 1956 Sports Photograph of the Year which shows Finney beating two Chelsea defenders at a waterlogged Stamford Bridge.

The Sir Tom Finney stand also remains at the famous old ground, where Preston supporters can still be heard chanting about their greatest ever player.

Another Preston legend was Bill Shankly, he spent one season at Carlisle United before spending the rest of his career at Preston North End for a transfer fee believed to be £500 in 1933, with whom he went on to win the FA Cup in 1938.

By 1949, he was Preston's club captain, but shortly after left to go into management, starting back at Carlisle before going on to coach Grimsby Town, Workington, Huddersfield Town and Liverpool.

Shankly made over 300 appearances for PNE, as well as earning 12 caps for the Scotland national team.

Perhaps the most famous player to have played for the Lilywhites is David Beckham, who had a very short loan spell from Manchester United in the 1994/95 season at the age of 19. He certainly impressed, scoring two goals in five appearances, notably scoring directly from a corner kick, as well as a free-kick which he described even at the end of his career as one of his favourite goals.

Beckham went on to have an incredibly successful career at the likes of Manchester United and Real Madrid, with just some of his honors being winning the Premier League title six times, the La Liga, as well as the Champions League.

In 1998, Preston North End player David Moyes was appointed as the clubs manager, and he was able to guide them to promotion in 2000 from what is now League One to the Championship. They won the league title that season whilst their biggest rivals Blackpool were relegated, with Moyes at that stage a player manager, alongside other outstanding players such as Sean Gregan, Mark Rankine and Graham Alexander.

Preston reached the 2001 Championship play-off final, but after beating Birmingham City in the semi-final, were defeated by Bolton Wanderers at the final hurdle.

The Lilywhites reached the second tier play off final once again in 2005, under Moyes' successor Billy Davies, Preston were once again beaten though, this time they lost 1–0 to West Ham United thanks to a Bobby Zamora goal.

Problems arose at the end of the decade with a HM Revenue and Customs winding-up order in 2010. The taxation issue was resolved by local businessman Trevor Hemmings, already a shareholder, who bought a controlling interest in June 2010 and is still the owner of the club to this day.

At the end of the 2010/11 season, Preston were relegated to League One, finishing six points from safety under manager Phil Brown.

They reached the League One play-offs in the 2013/14 campaign under experienced boss Simon Grayson, but were beaten in the semi-finals against Rotherham United, who went on to earn promotion.

The next season though, after initial heartbreak at the end of the campaign, North End were promoted back to the Championship and ended their play-off winless streak at the tenth time of trying. They were beaten in the final game of the season by Colchester United, which meant they were denied automatic promotion and entered the dreaded play-offs, but after a 4-0 aggregate win against Chesterfield in the semi-final, Preston beat Swindon Town 4-0 at Wembley to gain promotion back to the second highest tier of English football.

After achieving promotion from League One back to the Championship in 2015, Preston have been looking to gain promotion to the Premier League for the first time in their history, after the departure of Simon Grayson, North End brought in Alex Neil, who is currently in his third season in charge and once again fighting for a play-off spot, despite having one of the lowest budgets in the league.