Joel Matip’s second half header means the Premier League title race will go down to the final day of the season after Liverpool came from behind to win at Southampton.

Needing to win at St. Mary’s, the Reds fell behind through a cracking Nathan Redmond strike before Takumi Minamino drew a much-changed Liverpool side level at the break.

And Matip’s deflected header midway through the second period proved enough for Jurgen Klopp’s side to move a point behind Manchester City going into Sunday’s final day.

Liverpool rang the changes for their must-win match on the south coast, with only Alisson and Matip keeping their place in the eleven that started the FA Cup Final triumph on Saturday.

Saints, meanwhile made five changes from the team that lost 3-0 at Brentford ten days earlier, including starts for Alex McCarthy and Nathan Tella with Fraser Forster out injured and Stuart Armstrong only fit enough for the bench.

Klopp’s men as expected started on the front foot, with Harvey Elliott cutting the ball back to James Milner whose rasping effort was blocked by Lyanco.

But Saints grew into the game and posed a threat on the break, with Armando Broja having an effort saved from a tight angle by Alisson before Ralph Hasenhuttl’s side broke the deadlock with 13 minutes on the clock.

Lyanco was given the benefit of the doubt after a challenge on Diogo Jota and he found Tella, and the youngster played the ball out wide to Redmond. With plenty to do, the winger cut inside onto his right foot and his effort from outside the area took a deflection off Milner and picked out the top corner beyond a full-stretch keeper. 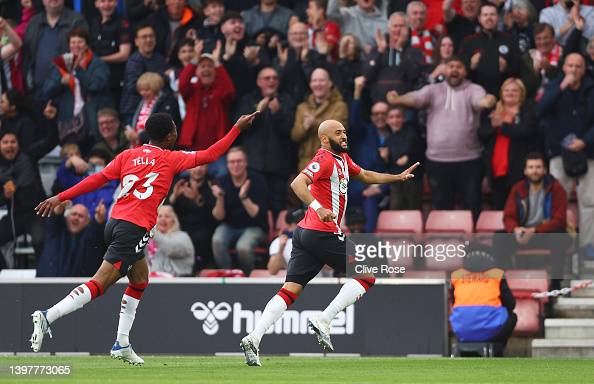 Liverpool went in search of a quick response, with former Saints loanee Minamino forcing McCarthy into a smart save before Roberto Firmino had an effort blocked.

It seemed like it was only a matter of time before the visitors would breach the home defence, and soon enough the equaliser came just under the half hour mark.

Joe Gomez’s ball in found Jota, who played it across to Minamino inside the area, and the winger took a touch away from Jack Stephens before thrashing a shot into the top corner at the near post, with McCarthy having little time to react.

Curtis Jones then fired off target, before Firmino then had a shot go just over the bar from outside the penalty area.

There was an injury concern for the Reds at half-time, with Gomez hobbling off at the break. He wasn’t able to come out for the second half, with Jordan Henderson coming on in his place.

Liverpool continued their dominance after the restart, and had a chance within five minutes to take the lead when Konstantinos Tsimikas picked out Jota at the near post, but his low drive across goal went wide of the far corner.

And they went even closer on 56 minutes as Firmino fed a pass into the path of Elliott, who looked to lift the ball beyond McCarthy from a tight angle but could only hit the side netting.

Then midway through the second half, they grabbed that elusive goal. Mo Elyounoussi failed to head Tsimikas’ corner clear and Matip’s header from twelve yards may have looped off Kyle Walker-Peters, but it didn’t stop the ball dropping inside the far post. 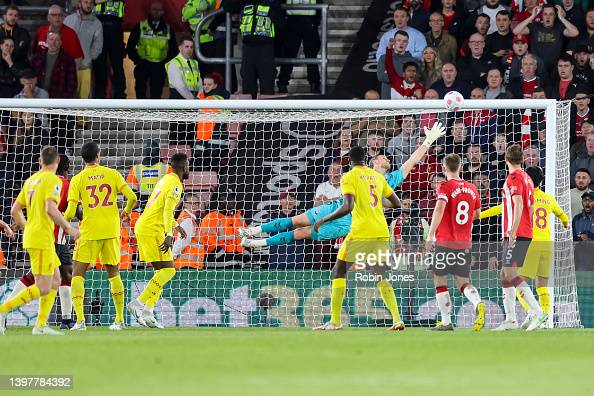 The introduction of Stuart Armstrong, Oriol Romeu and Che Adams looked to inject life in Southampton, who searched for an equaliser as time ran out.

Space opened up for Redmond to have a go in a bid for his and Saints’ second, but his strike from 20 yards out was saved by Alisson at the second attempt.

And there was one final chance late on for the hosts, as Redmond lifted in a cross from the left hand side but Tsimikas did enough to put off Walker-Peters as he looked to head the ball goalwards and Alisson collected comfortably.

Broja bids farewell having &#39;loved every minute&#39; a month ago

Ward-Prowse nominated for Player of the Season 2 months ago

"I could change all eleven!": Key Ralph Hasenhuttl quotes from post-Burnley press-conference 2 months ago

Southampton vs Everton Preview: Form Guide, Ones to Watch, Head-to-Head, Team News, How to Watch 4 months ago

Manchester United vs Southampton preview: Form guide, ones to watch, team news, predicted line-ups, head-to-head and how to watch 5 months ago

'A new beginning' for Saints after ownership deal 6 months ago

Brighton equaliser &#39;hard to accept&#39; for Hasenhuttl 7 months ago