The Houston Rockets made a lot of moves over the offseason. Not only did they hire Mike D'Antoni to even further bolster their offensive horsepower, they also signed stretch four Ryan Anderson and capable yet oft-injured scorer Eric Gordon. Meanwhile, they got rid of former dominant big man Dwight Howard.

While it was necessary to move on from the Howard era, it seemed like the Rockets were relying way too much on their offense. Sure, they would be able to score crazy amounts. But what good would that do if they couldn't stop anybody?

Thankfully, owner Leslie Alexander and general manager Daryl Morey embraced the madness that so many people doubted and or shied away from. After a possible MVP season from James Harden, the Rockets are looking great, sitting at the third spot in the Western Conference.

Without further ado, I bring to you a recap of the surprising season that the Rockets just had.

Highlights of the Rockets' Season

There have been several key wins throughout the year that have helped the Rockets gain momentum and confidence. Early on, their close 101-99 win against the San Antonio Spurs put them on the map as a dangerous team. It was also Harden's first of many triple doubles all year.

They then beat a fully stacked Golden State Warriors team in double overtime. By then, the Rockets were near the top of the league and surprising everyone with their great play. This victory started a great ten game winning streak, their longest of the season.

Each game in their series against the Oklahoma City Thunder was extremely close, but the Rockets had a slight advantage. This is good news considering they will be facing off in probably one of the most entertaining first-round matchups ever. The wins were definite, while highlights, especially considering the friendly rivalry between Harden and Russell Westbrook.

The final highlight of the season came against the Cleveland Cavaliers. Even though their opponent's were missing Kevin Love, the Rockets were able to get the W over the Cavs. Both Kyrie Irving and Lebron James had monster games. However, it's important to be optimistic. The fact that the Rockets outrebounded the Cavs 52-38 is huge. A big reason why the Warriors blew their 3-1 lead was their inability to effectively rebound the ball against the bigger Cavs. If the Rockets are able to make it to the Finals and rebound like they did that game, they have a legitimate shot at taking home the title.

Lowlights of the Season

While this year has been great, there have sadly been plenty of lowlights. Clint Capela sadly got injured early on. Even though the combination of Nene and Montrezl Harrell did a great job in his place, it felt like the Rockets' defense was missing a solid interior presence. When healthy, he has played well. However, he doesn't play all the time, and this has caused problems.

After that first game that the Rockets won, the whole series with the Spurs has been one lowlight after another. Two of those games, the Rockets had a sizable lead going into the fourth and should have won the game. However, sloppy late play as well as the Rockets' random incapability of closing out games led to Spurs' comebacks and eventual victories. The following series of plays is probably the biggest lowlight for the Rockets all season long.

This series is not a good sign at all if the Rockets face the Spurs in the Western Conference Semifinals. Close games are almost guaranteed in the potential matchup. However, Houston will need to figure out how to play well late in games in order to come out on top.

Surprises of the Season

This year's success has been a surprise. But there have been specific instances and cases that are more surprising than others.

For example, Gordon's health throughout the year. Want to know the last time he played at least 70 games in a year? His rookie season in 2009. He's been struggling with knee and shoulder injuries among others from his sophomore season. It's good that he was able to get through the regular season without seriously hurting himself.

A huge surprise was the trade for Lou Williams. Some expected the Rockets to go for an athletic big man, especially with Capela's injury problems. Many thought they would stay put and not make any moves. Another great scorer off the bench did not seem like an option.

However, for Corey Brewer and a first-round pick, the Rockets were able to get Williams from the Los Angeles Lakers. More on his play later. However, it is important to note that Houston did not give up much for Williams. Brewer was falling on the depth chart and their first round pick would not happen until much later. For a team looking to win now, a late first round pick is not much of a cost.

In terms of output, many players have passed the expectations set for them at the beginning of the season. Sam Dekker and Harrell both seem like solid picks after their sophomore seasons. Harrell can share playing time with Capela as Nene ages. Also, Dekker will look to replace Anderson as a stretch four. This is assuming they stay with the team long enough.

Another surprise that has just recently shown up is Troy Williams. Due to the many injuries on the roster, the Rockets had to rely on him to plug the holes. In the four games after getting a full season contract, he has averaged 10.3 points, 4.8 rebounds, and 1.3 assists while shooting 50 percent from the field and 41.2 from deep. If either Anderson or Dekker gets hurt in the postseason, look to Troy to be the player the Rockets go to.

There have not been many disappointments this season. Anderson could score slightly more, but he is a monster from deep, as he is shooting 40.3 percent. Trevor Ariza has not shot as well as his 2015 campaign. However, he is stepping up on defense and has limited his mistakes on the offensive end.

To be honest, the main disappointment has been Williams. Lou, not Troy. This is going to get annoying. From now on, whenever you read Williams, it is Lou. Troy is Troy. Awesome, now moving on.

Anyways, Williams has been an absolute monster some games. He seems to catch fire whenever the rest of the team is struggling and will lead the Rockets to a win. The disappointing part is how inconsistent he is. He is as likely to go for 20 points as he is to go for single digits. With Gordon also coming off the bench, it is hard to score solid amounts. However, his shooting percentages have also decreased. While he has been good, he is the closest thing to a disappointment that the roster has.

And there you have it! It's been a great year for the Rockets and hopefully, it will continue deep into the postseason as they take on the Oklahoma City Thunder. Make sure to check all of the other season reviews. Also, click here for a roundtable discussing all of the awards. Click here for a mock draft of the first round.

Warriors Add Firepowerr Off The Bench 10 hours ago

Caldwell-Pope Stays In 'La La Land' a day ago

Celtics Improve Their Squad a day ago

Anthony Returns to Portland a day ago 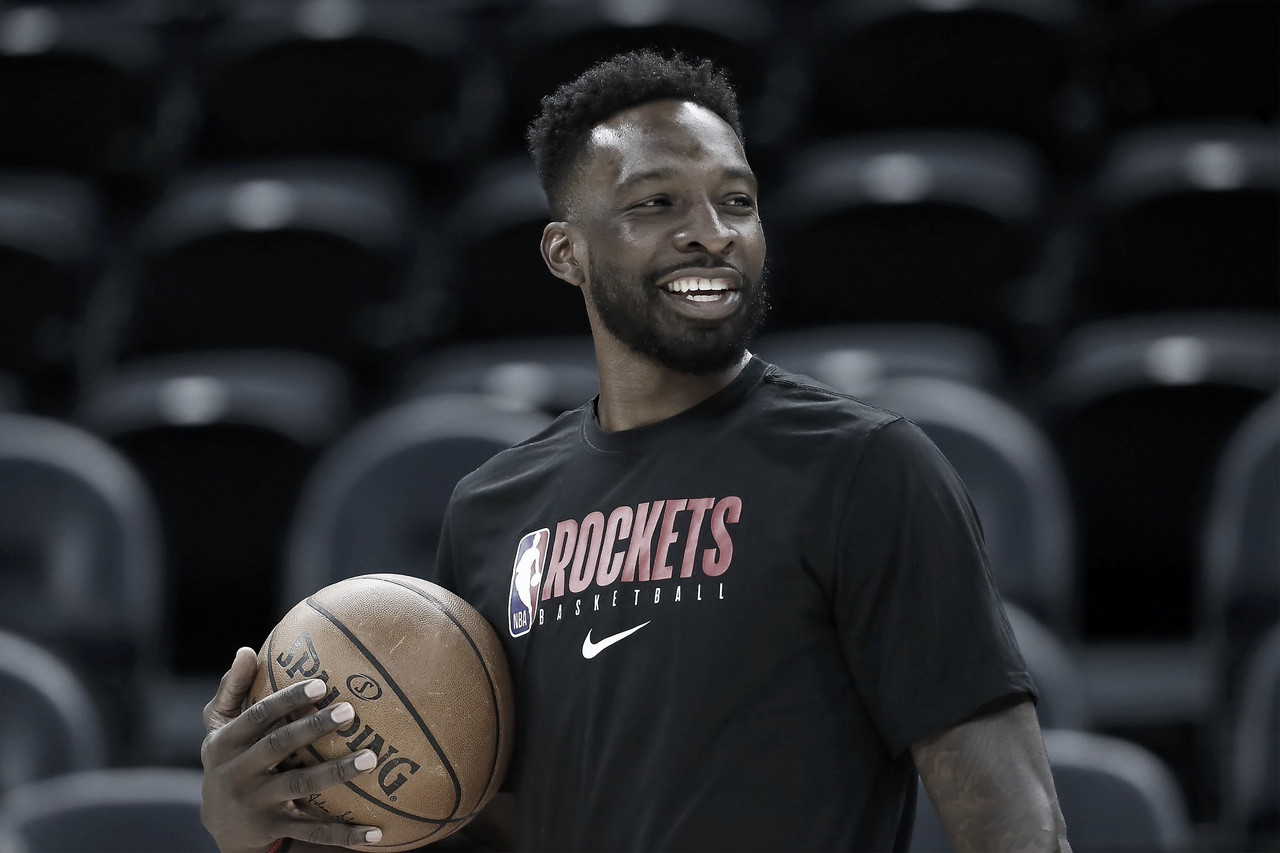