Kevin Durant is expected to miss the whole NBA season with an achilles injury, therefore he's getting used to the life in Brooklyn, New York.

One of the things he has done this year is attending to interviews, and his most popular one so far has been the one he had with Ebro, from the radio show Hot .97. 'KD' spoke with the the radio personality about several topics in a half an hour long interview, where he revealed his current top 5 rappers in the game.

At first Durant wasn't so sure of revealing the list, since he says he's got too many friends in the rap industry that may feel offended. It took Ebro a couple of seconds, but he was finally able to convince the Nets superstar to answer, and he revealed the names.

''I mean I gotta go with the three that everybody is gonna say, Drake, J Cole, Kendrick (Lamar), and I would add to the list Young Thug and Gunna.''

Durant also said that his favorite Drake albums all time have been 'Take Care' and 'If You're Reading This Is Too Late'. The Maryland born has been a friend of the Canadian rapper for some time now, so it was only right to give him a shoutout during the interview. 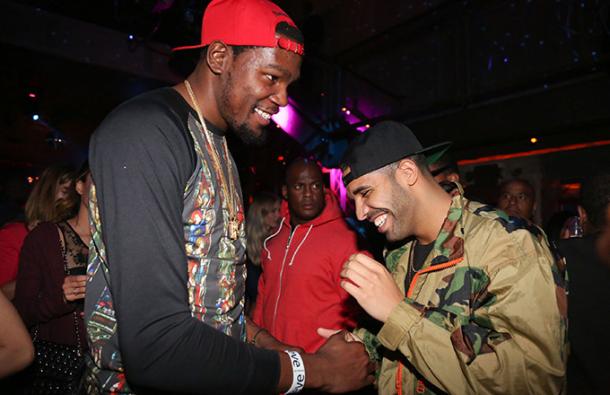 The two-time NBA champion also revealed that he feels DaBaby is the hardest rapper of the moment, even though he likes Gunna more.

The last question on the topic to 'KD' was about how often he listens to new rap, which he clarified that everyday he tries to listen to new artists.

''It's hard to listen to everyone because there are so many artists, but I try to figure out who the new guys are, I like new sound.''