Despite the best efforts of both sides, Watford and Chelsea drew blanks on Wednesday evening. Heurelho Gomes was the star man on the night, as the Blues couldn't find a way past the veteran Brazilian stopper.

Chelsea began the game at Vicarage Road quickly and looked to press the home side early on, with attacks involving Diego Costa, Cesc Fabregas and Cesar Azpilicueta breaking down.

After the teams settled the game began to become more end to end. Odion Ighalo struck the first shot of the night before Willian's cross was punched away by Gomes, following a nice bit of skill from the tricky Brazilian.

The first real talking point of the match was a penalty claim by Watford. However, referee Mike Dean brushed it away after a coming together between Nemanja Matic and Jurado.

Ighalo then came close for Watford with a header as Azpilicueta made the clearance and to save Chelsea from going behind.

The home team started to get some rhythm going and Thibaut Courtois was called into action to make an important save from another Ighalo shot. Then a fierce drive from Etienne Capoue brought the Belgian back onto his toes.

Towards the end of the first half the Blues started to move the ball much better, as Costa used his strength and pace to get onto Oscar's pass. His effort was crucially deflected behind, however.

With just one minute added on in the first half, a clash between Costa and Juan Carlos Paredes sparked controversy after the Spaniard seemed to shove Paredes to the ground. The Watford fans were calling for the Chelsea forward to be sent off, though there wasn't much in it and both men received a yellow card.

Early in the second half, John Obi Mikel saw his shot deflect over the crossbar before Jose Holebas struck the ball into the side netting from a tight angle. It was so close that many fans on the other side of the stadium thought it went in.

With just 20 minutes left Chelsea were looking for a breakthrough and almost had it, as Oscar's 25-yard effort was pushed out for a corner by Gomes.

Watford tried to counter from the resulting set-piece and a brilliant tackle from Fabregas stopped Troy Deeney from getting a shot on Courtois' goal.

Chelsea dominant but find no reward

Chelsea's biggest chance - to that point - came to the fresh Eden Hazard, after a cutback from Willian gave the Belgian the ball, only for a heavy touch to let him down.

An even bigger opportunity was to follow as Diego Costa met Hazard's cross at the back, post but the Spanish International couldn't steer it into the net.

Costa was again denied in the dying moments by Gomes, who did excellently to keep out his header.

This 0-0 draw extended Chelsea's unbeaten run under Guus Hiddink, though they missed the opportunity to leapfrog Crystal Palace into 12th. The Blues will have been frustrated at their lack of clinical finishing which ultimately cost them three points. 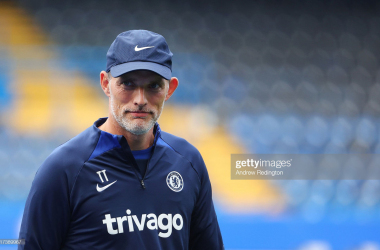 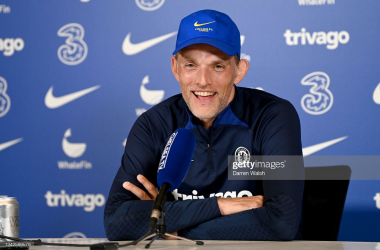