Marco Silva says it is ‘impossible to get a result’ when a team starts as Watford did in their defeat to Manchester City.

The Portuguese boss saw his side fall behind inside 40 seconds when Raheem Sterling tucked home for City and the hosts doubled the lead inside 15 minutes thanks to an own goal from Christian Kabasele.

Speaking to the press after the game, Silva said: “What I can say now is to come here, to compete and do our best, to take a good result is impossible when you start a game like we started.

“We didn’t start the game with organisation in our defence. We made it too easy for City. The first 25/30 minutes we were too slow and we knew before the match they would push our team low, push back. They do this against all the teams, home and away.”

Silva added: “The first two goals we conceded, we knew before the first goal what they would want to do in that moment and we need to keep our focus in a different way.

“Even without our first 25 minutes, we had two shots we didn’t score and after the 1-0, the 2-0, I believe in that moment that if we score, we have more belief in our team.”

The Hornets created chances at the Etihad despite being outgunned by the City attack. Goalscorer Andre Gray flashed an effort wide in the first-half, as did Etienne Capoue, but the threat was there.

“We had the chances. What we did here, against City, normally we create enough chances to score goals,” Silva said. “Even against City, we knew we’d be pushed back more than other teams."

“But we created chances to score again here.

“In the last match - against Swansea City - we had chances to win the match. When you don’t win it’s hard for us.”

Watford were without their captain Troy Deeney due to suspension but the injury list has begun to pile up for the Hornets.

Miguel Britos, Nathaniel Chalaboah, Craig Cathcart, Kiko Femenia, Younes Kaboul and Will Hughes are all still sidelined and Silva wants reinforcements to help his squad turn their nosediving form around.

"I hope. We are working, the board knows what I expect as well. It's really important we have more players in our squad,” Silva said when quizzed about potential January signings to supplement his injury list.

“Hope to have more options with players in our squad.” 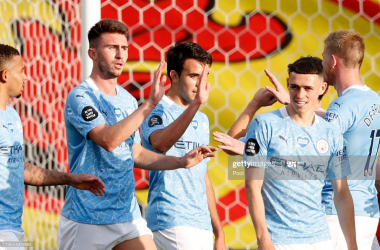 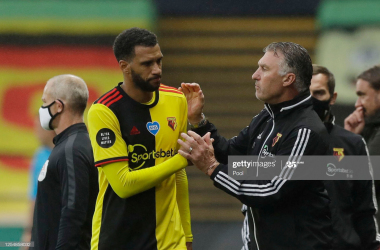