Paul Lambert was delighted with Stoke City's after 2-0 win at home against Huddersfield Town at the weekend.

This Premier League victory was Lambert's first since taking over from Mark Hughes as manager of the Potters.

The Potters will take on Watford FC for their next fixture in the Premier League.

After a pretty rigid first-half performance, Stoke went on and scored two in the second. The first goal was scored by Joe Allen after a great pass from Eric Maxim Choupo-Moting. The Potters went 2-0 up just fifteen minutes after the first goal.The second goal was scored after a great attack which ended with Xherdan Shaqiri back-heeling it to Mame Biram Diouf with the Senegalese scoring after his shot rolled in off the post. 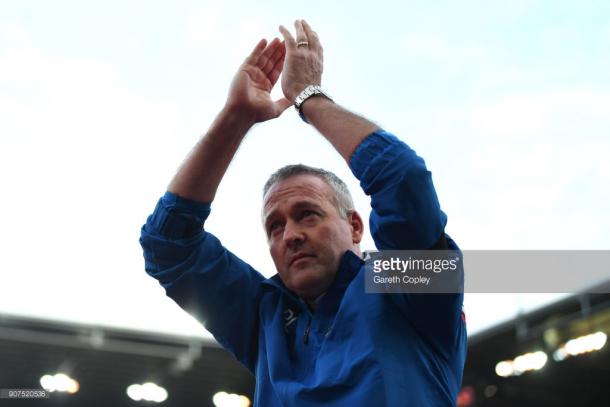 When asked about his thoughts on the game, Lambert said: I thought we were outstanding. From start to finish. I really did.

No match next week:

Stoke will not play any matches in the next ten days. The club were knocked out of both cup competitions by lower-league opposition - Bristol City in the League Cup and Coventry City in the FA Cup - and must wait to build on any momentum gained with the Huddersfield victory.

This is good news for the manager, however, who will obtain further time to train with his players. Lambert was asked about the break after the match against Huddersfield Town. He said: It's vital. We can train double. Double sessions, one time in the week. I think that's good, I think that's important.

Next up for Stoke is Watford at Vicarage Road. The Horners will also hope a managerial appointment of their own will spark a similar response to Stoke's after they hired Javi Garcia as their new boss.