When this fixture was played back in November, Sheffield Wednesday manager Garry Monk stole the pre-match headlines with an ardent rant over his former number two, now Birmingham City manager, Pep Clotet.

The pair seemingly had a fallout when Clotet, Monk’s assistant manager at three of his five managerial positions, opted not to walk out on Birmingham when Monk was given his marching orders this past summer.

Clotet appeared to dismiss the belittling words of Monk, including his referral to Clotet’s job title as ‘interim, caretaker head coach’, offering a handshake on the touchline. However, Monk happily ignored the respect of his former colleague.

For all the pre-match dramatics, there was a lack of spectacle on the pitch. The game finished 1-1 as both sides seemed content with a point.

Flashforward through the winter period and both sides are experiencing a turbulent season. There was hope that under Monk Wednesday were on for a play-off challenging season yet a run of poor form has seen them drift away from the top six.

On the other hand, poor form under Clotet had led Blues fans to be fearful another relegation scrap could be on the cards but recent weeks have proved kind to Birmingham, as they built up a thirteen point gap over the bottom three.

As things stand, the sides sit 12th and 14th in the table, level on points and nine points of the play-offs.

Some distance to make up, yet considering Blues rivals and last years play-off winners Aston Villa remained ten points off at this stage last season, neither side will rule out a late rush towards the top six.

Whilst Saturday’s meeting pits two sides level on points in the table, the teams are heading in opposite directions in the table.

The home side are enjoying a run of ten games unbeaten in all competitions, including impressive wins over Nottingham Forest and Bristol City and a draw against Brentford last time out.

Over the last seven matches no side has picked up more points than Birmingham’s fifteen, ten more than Wednesday’s five points over the same period.

Monk’s side have struggled in a not so tough run of fixtures. Last time out the Owls were thrashed at home 3-0 by Reading, a result which has increased murmurs of discontent across South Yorkshire.

Wednesday have faced all of the bottom three in their past five outings, losing to Luton Town and Wigan Athletic, and drawing against Barnsley.

With the potential for a points deduction on the horizon, Monk needs to stop the rot at Hillsborough soon, will ill feeling spreading widely across the Sheffield club.

Perhaps the schooling under Monk over the past few years has affected Clotet’s style of football, as there is very little separation between Blues and Wednesday in stats this season.

Wednesday’s 41 goals scored this season is bettered only slightly by Birmingham’s 42; at the other end of the pitch it’s Monk who comes out on top, proving more defensively stable than Clotet by conceding eleven less.

Both sides mix up a direct approach and short passing style, sitting midtable in the Championship for long balls per game and towards the bottom half in the number of short passes per game.

Birmingham’s 14.3 per game when at home this season ranks as the seventh best in the division. However, Wednesday have the fourth best tally with shots per game when away from home, all pointing towards plenty of chances for both sides.

The highlight of Birmingham’s season so far has been the emergence of spectacular talent Jude Bellingham. At just sixteen-years-old, Bellingham has carried a below par side away from the relegation zone and to comfortably midtable. The youngster is effective at either end of the pitch with four goals and averaging over two tackles per game.

For Wednesday, Barry Bannan is easily the heartbeat of this team, and has been for some time. The former Scottish international is a much-needed creative spark for Monk’s side and has seven assists for the Owls this campaign.

Stoke City vs Watford preview: How to watch, kick-off time, team news, predicted lineups and ones to watch2 hours ago

Analysis: What can Wolves expect from Willian Jose?2 hours ago

Who is Willian Jose? The striker Wolves fans' have been wishing for?19 hours ago

Fulham 1-2 Manchester United: Pogba fires United to top of the table21 hours ago

Norwich City 2-0 Bristol City: A Hugill double seals a comfortable win for the Canaries 19 hours ago

Chorley v Wolverhampton Wanderers preview: How to watch, kick-off time, team news, predicted lineups and ones to watch7 hours ago 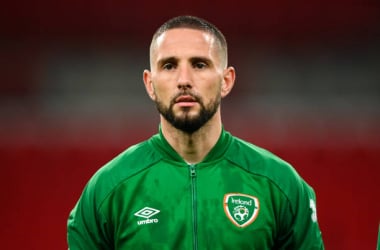