The weekend’s round of League One fixtures will conclude on Monday evening when Plymouth Argyle welcome Portsmouth to Home Park.

After earning promotion last season, the Pilgrims have enjoyed their return to the third tier so far and will be keen to build on their positive start to the season.

A win for Plymouth in this match would lift them above Pompey, who currently sit just outside the play-off positions.

Plymouth will be without key man Luke Jephcott for the visit of Pompey, as he is on international duty with Wales’ under-21s. Midfielder Lewis Macleod is also set to miss out, despite returning to training following a negative test for COVID-19.

Gary Sawyer is Argyle’s only other certain absentee, with the defender continuing his recovery from an ankle operation.

Meanwhile, Portsmouth are set to assess the fitness of a number of their players before making the trip to Devon. Sean Raggett, Tom Naylor, Jack Whatmough and Andy Cannon are all injury doubts for Monday’s game, but full-back Lee Brown has a good chance of returning to the matchday squad after recovering from a hamstring injury.

Forward Ronan Curtis will definitely not feature for Pompey, as he is currently away on international duty with the Republic of Ireland.

Both teams come into this match in fairly good form, hence why they are competing with each other in the top half of the League One table at this early stage of the season.

Argyle have lost just one of their last eight games in all competitions. Their 3-1 triumph over Newport County in the EFL Trophy on Tuesday evening made it five home victories in a row. Swindon Town were the last team to overcome Plymouth in a league match at Home Park back in January.

Having won four of their last five league games, Portsmouth sit in seventh place in the division. They defeated promotion-chasing rivals Lincoln City in their last league outing, before knocking Ipswich Town out of the FA Cup last weekend.

Since joining Plymouth in August, Frank Nouble has appeared in every League One match for the club. The powerful striker started the first seven of those games, before dropping to the bench for the last three.

Welsh forward Jephcott has been leading the line more recently alongside Ryan Hardie, but the former is unavailable for the upcoming fixture, meaning that Nouble is likely to start against Portsmouth.

The 29-year-old has only scored one goal in green and black so far, but he will undoubtedly be keen to add to his tally by netting in the dockyard derby.

Centre-half Sean Raggett has been an ever-present for Portsmouth so far this term, starting every league match.

The former Lincoln City defender joined the south coast club permanently in the summer and has helped them keep four clean sheets from their opening 11 league games.

Raggett is also a clear threat from set-pieces and notched his first goal of the season last Saturday to seal Pompey’s extra-time win over Ipswich.

These two sides drew 1-1 when they last met in February 2019, as an excellent free-kick from Graham Carey earned Plymouth a point. Earlier in the 2018/19 campaign, Argyle were beaten 3-0 by Pompey at Fratton Park, with Ronan Curtis netting a brace.

The Pilgrims last tasted victory over Portsmouth four-and-a-half years ago, when centre-back Peter Hartley scored a stoppage-time header to send the Devon club into the League Two play-off final. It is a triumph which is remembered fondly by Plymouth fans, although they were defeated at Wembley in the corresponding final by AFC Wimbledon.

This match will kick off at 7:45pm on Monday November 16 and will be broadcast live on Sky Sports Football.

Speaking ahead of the game, Portsmouth boss Kenny Jackett revealed that he expects his side to be given a difficult test by the Pilgrims, who last lost a home league fixture in early January.

He said: “They are doing the best out of all the promoted sides from League Two, they have kept the momentum going from last season and like ourselves, will be looking to push on after putting themselves in a good position just outside the play-offs after the first quarter of the season.

“They are well organised, they have good individuals and play with no fear, and we think we are going to have to be at our best on Monday to win the game and we will pay our opposition every respect.

“It is a live TV game and we will want to be giving a good account of ourselves, if possible.”

Plymouth are also relishing the prospect of playing in front of the live television cameras, according to manager Ryan Lowe.

“Obviously it’s nice when Sky are here, and we appreciate them coming because it’s a big thing for us,” Lowe stated. “The good thing is that a lot of people are talking about us, and how we play, our brand, our style.

“Home Park’s been a fortress of late, since last January, which we want to continue. It’s no coincidence that people want to come and see that.

“We want to showcase the ability we’ve got, our philosophy and our style of play but we don’t want to come away from it because the cameras are here.

“We’ve got to make sure that we stick to what we’ve been doing, and what’s been getting us success, and we’ll certainly do that.” 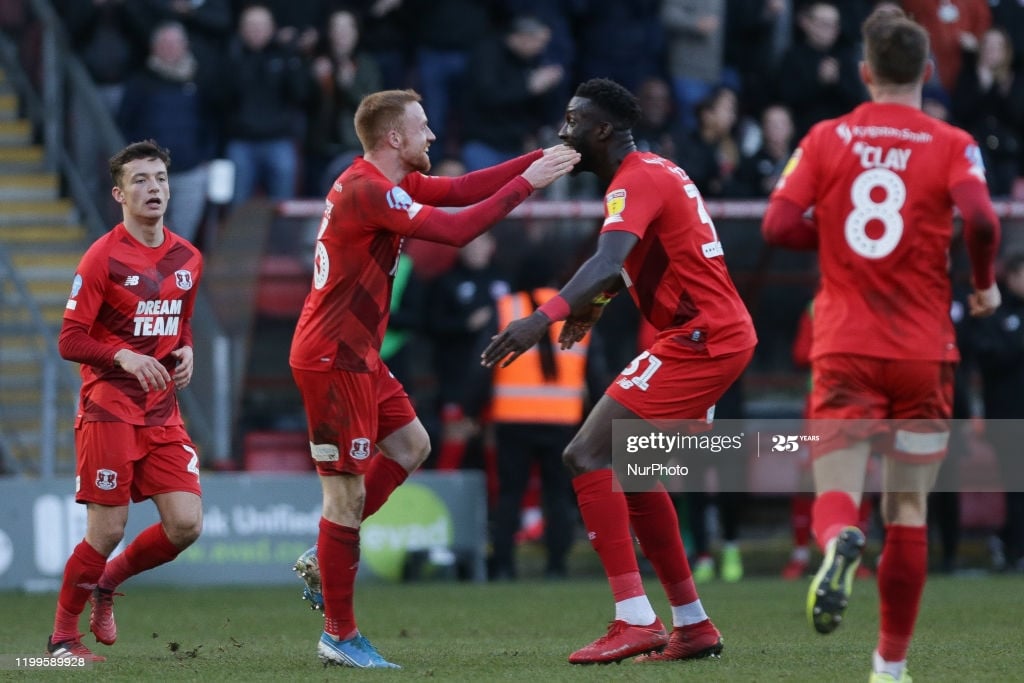 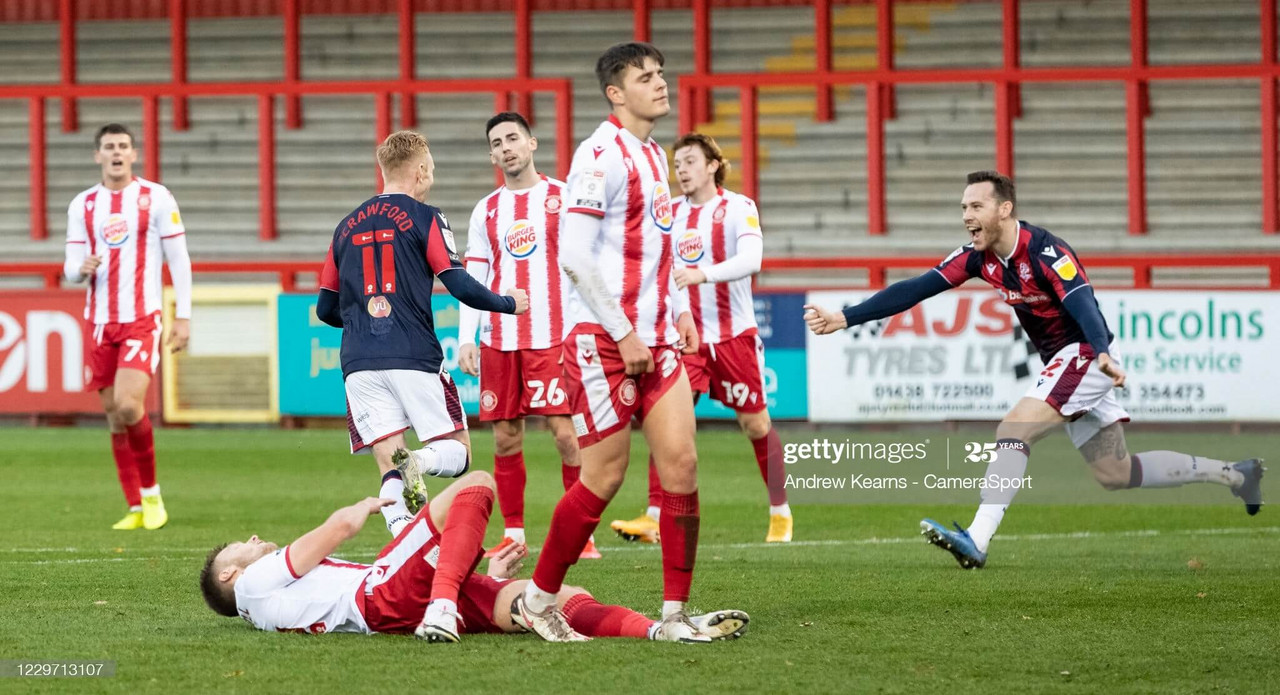 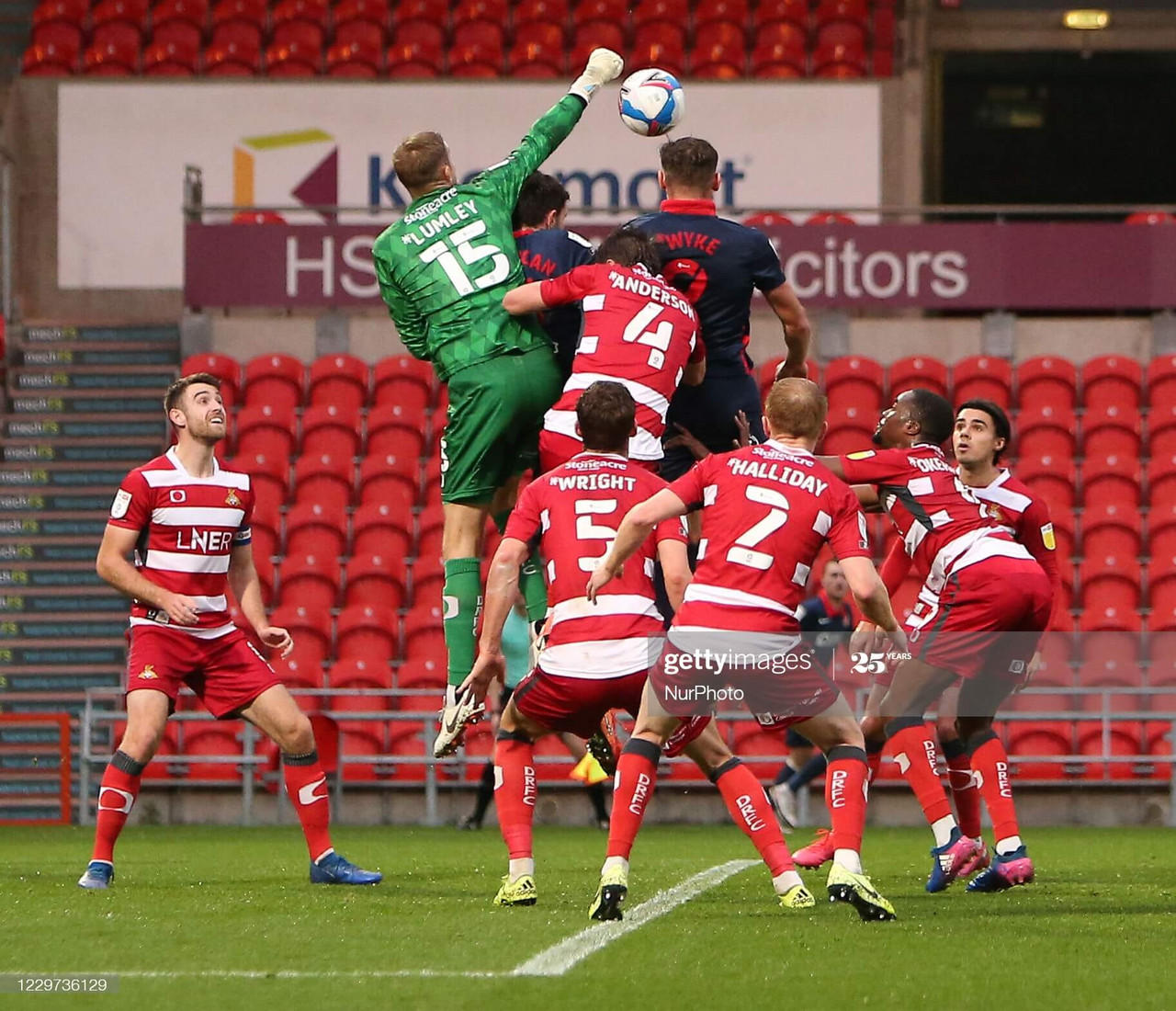 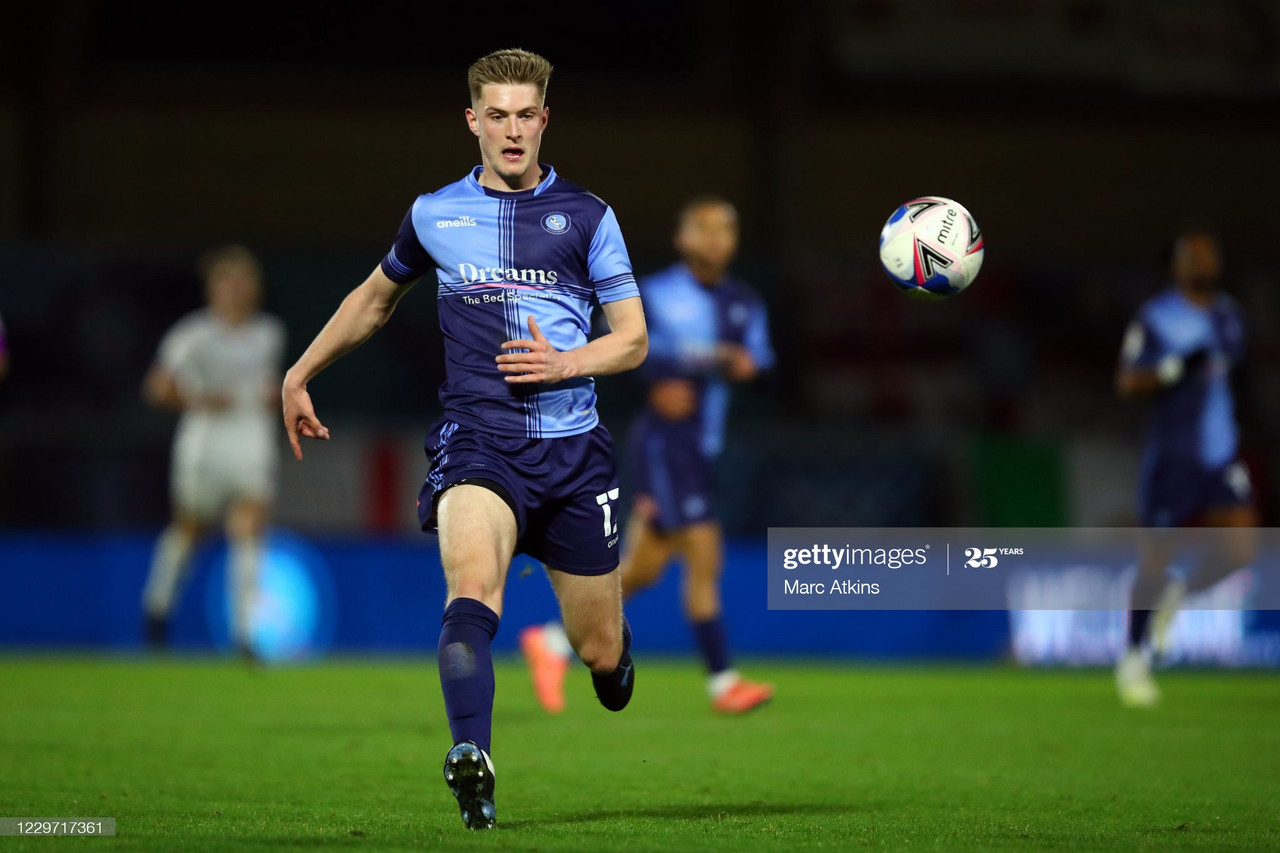 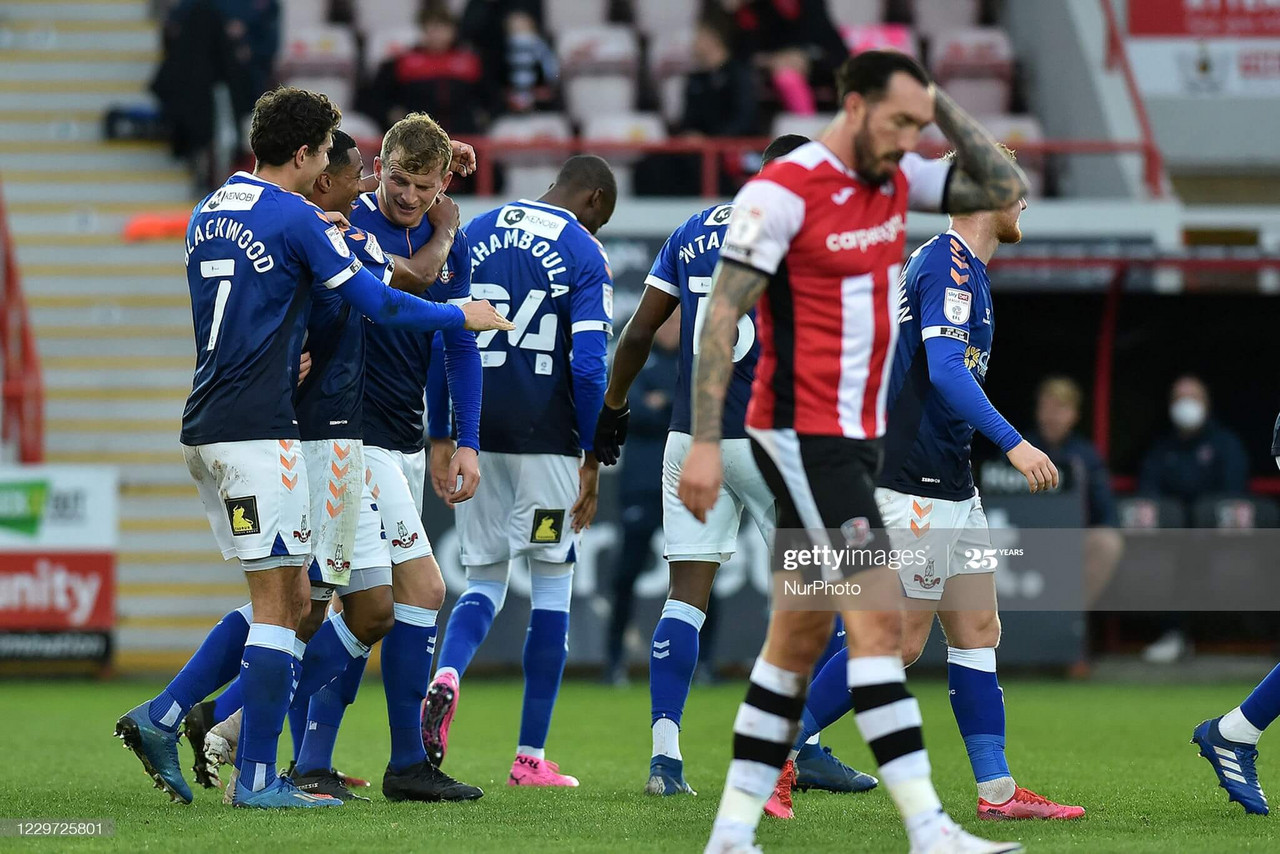