Somehow this attacking, unrelenting game  of chances remained goal-less until the 79th minute. It took a goal from Raphinha, his first for Leeds United,  late in the second half to seal the club’s first win at Goodison Park since 1991 despite Everton having two goals ruled out for offside.

Back-to-back clean sheets will certainly please Marcelo Bielsa, the Leeds manager, but this was never a match that leant itself to defensive rigour. Rather this entertaining encounter was all about both team’s attacks and the chances that they created and ultimately missed.

Ancelotti had said that persisting with a back three, having reverted to the system in the victory against Fulham last weekend, was ‘a possibility’ as regular full backs Seamus Coleman and Lucas Digne are both out through injury.

The Everton manager made two changes with Yerry Mina replaced by Mason Holgate in the three-man defence and Tom Davies coming in as wing back on the right with Alex Iwobi keeping his place on the other flank. Leeds were unchanged from their goal-less draw with Arsenal.

An open first half of end-to-end football somehow didn’t end up with a goal for either side. Everton had the ball in the visitors’ net twice but both goals were ruled out for offside. The first was worked down the left by Iwobi, who crossed for James Rodriguez at the far post. The Colombian controlled with his chest before finishing neatly past Illan Meslier but the linesman had his flag raised.

Then five minutes before the break Rodriguez set up Richarlison for a curling shot which the Leeds goalkeeper pushed around the post. From the subsequent corner, Richarlison rose to head past Meslier but Ben Godrey had blocked the goalkeeper’s view from an offside position.

At times this encounter resembled a basketball match with the ball travelling up and down the pitch as if attached to elastic. The home side could have gone ahead in the seventh minute when Abdoulaye Doucoure slid in at the back post but couldn’t connect to Davies’ delivery.

Michael Keane and Holgate both saw headers travel over the bar and stopped by Meslier respectively, while Richarlison also shot straight at the Leeds keeper.

The visitors also went close through Jack Harrison who couldn’t convert a low cross from Raphinha in the 10th minute. But Bielsa’s side should have scored when the Brazilian headed at goal only for Jordan Pickford to claw the ball away spectacularly with Harrison’s follow up blocked on the line by Godfrey. Pickford also did well to deny Patrick Bamford from close range.

In first half stoppage-time Dallas crossed for Harrison but his header struck the post before Bamford fired the rebound wide. The visitors also had a penalty shout when Iwobi handled in the area but it was not deliberate and the shot came at him from too close a distance from his to move out the way.

Having had the offside flag to thank twice in the first period, Leeds almost gifted Everton a goal early in the second half. Meslier’s clipped clearance was poor and intercepted by Rodriguez. The Everton attacker attempted a lob but Meslier back-peddled sufficiently to claim.

Allan took matters into his own hands when he swivelled in his own half before driving forward into the Leeds area. His shot only found the side netting. Then Rodriguez saw a shot fumbled by Meslier but the Leeds goalkeeper recovered before Dominic Calvert-Lewin could pounce.

Seeking a greater foothold in the game, Ancelotti threw on midfielders Andre Gomes and Fabian Delph, but it could not prevent the visitors from scoring.

In the 79th minute the game got the goal it deserved. Harrison teed up Raphinha about 20 yards out from goal. The Leeds attacker assessed his options before drilling a low shot into the bottom left corner of Pickford’s goal.

Leeds, who by this stage had Ian Poveda on the pitch as a sign of Bielsa’s unrelenting attacking intent, could have doubled their lead when Ezgjan Alioski fired wide instead of setting up Bamford who was in a much better position centrally. Helder Costa, another substitute, also had a late chance smothered by Pickford but Leeds were not left to rue missed opportunities. They had their win.

Leicester City vs Southampton: Where could the game be won or lost?12 hours ago

Is Matej Vydra's time up at Burnley?15 hours ago 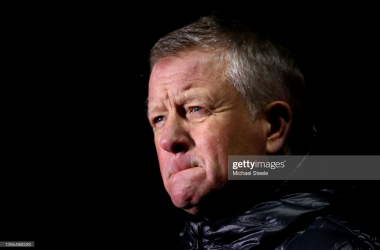 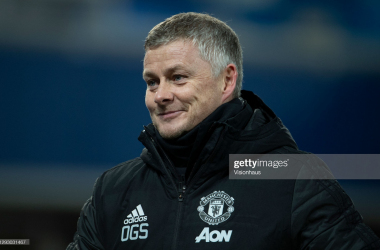 Leicester City vs Southampton preview: How to watch, kick-off time, team news, predicted lineups, and ones to watch17 hours ago

West Ham United vs Burnley preview: How to watch, kick-off time, team news, predicted lineups and ones to watch 16 hours ago