Newcastle United claimed a 2-1 win over Premier League strugglers West Bromwich Albion on Saturday afternoon, a result which lifted the Magpies up to 11th in the table.

This was also a second win in a row following a 2-0 victory over Crystal Palace two weeks earlier.

And after a short break due to a Covid-19 outbreak in the Newcastle squad meaning the scheduled match against Aston Villa at  Villa Park has to be postponed, Steve Bruce's side responded well after a challenging time.

Manager Bruce has given his reaction as his side claimed a fifth win of the campaign...

"I can't give enough credit to the players and staff who have worked tirelessly behind the scenes."

Following the issues with coronavirus at Newcastle's Darsley Park training ground, Bruce was concerned about whether the game against the Baggies would go ahead and if it did would he be able to field an eleven of first team players.

Fortunately for him and the club, this was made possible but Bruce feels that this is only down to the hard work carried out off the pitch.

The mood should have been positive after the two late goals which saw his side claim three points at Selhurst Park but this joy was short-lived and was followed by a challenging 10 days.

The Newcastle boss feels that these latest three points were a reward for the players who have recovered and also those at the training ground who helped to get the game on on Saturday afternoon.

"The decision to shut us down is the reason we were playing."

Bruce claimed that the decision to close the training ground is effectively what saved this fixture against the Baggies and the reason why it went ahead.

The Toon boss was fortunate that he had enough players available to him, however this was touch and go with a number of youth-team players having to feature on the bench.

There is some concern going into the tough trip to Elland Road to take on an exciting Leeds United side in midweek so it looks likely that the team will be similar in West Yorkshire on Wednesday.

However if results of Covid tests set to be carried out on Sunday come back as hoped, there is the possibility of more players being in contention to feature.

Dwight Gayle secured the win for Newcastle in the 82nd minute as the striker came back to haunt the club he spent a season on loan with in the 2018/19 Championship season where he was their player of the season.

The former Crystal Palace man was arguably the Magpies' standout player at the end of the 2019/20 campaign, scoring four goals towards the end of the delayed season.

But having picked up a knock in pre-season ahead of the current season, he has missed out on the first three months of this inconsistent season for Bruce's men.

His boss praised the striker for his come back though, admitting that he had worked tirelessly to get back to fitness.

Steve Bruce may not be every Newcastle fan's cup of tea, but he deserves praise for his bold approach against West Brom as he went in search of a winner.

Dwight Gayle and Jacob Murphy both came on to replace full-backs, with the duo also linking up for the winner to secure the points late on.

The move could have back-fired and left the Magpies vulnerable at the back, but Bruce will no-doubt be delighted with the outcome.

His team were also able to see the game out after getting themselves back in front so the move certainly had the desired effect.

"Back to back victories gives us a nice platform."

With December now upon us, the fixtures are beginning to become even more thick and fast than they were before.

The Magpies have another five Premier League games to come before the end of the month, as well as a Carabao Cup quarter-final against Brentford so Bruce will certainly be hoping to have players returning to action in the coming days.

The training ground closure was far from ideal but it has potentially saved a back-log of fixtures to be played later on in the season.

The mood in the camp is positive after six points from the last six available have been claimed but Bruce is aware that his side can't take their foot off the gas going into the always crucial festive period.

The Warm Down: Aston Villa take full advantage of hopeless Newcastle 3 days ago

Ciaran Clark signs new deal at Newcastle United: How important is he to the Magpies? 4 days ago

The Warm Down: Gunners sink dire Magpies as pressure builds on Steve Bruce 8 days ago 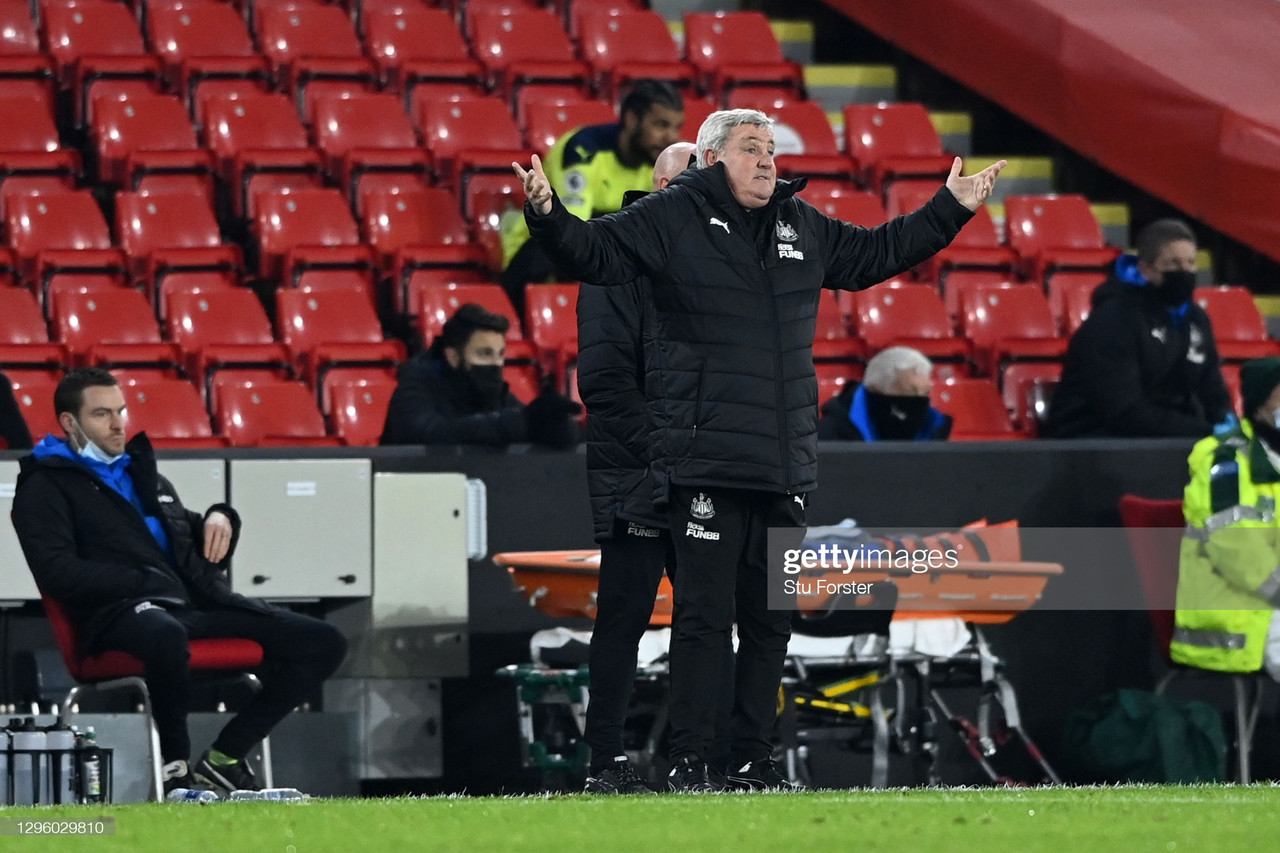 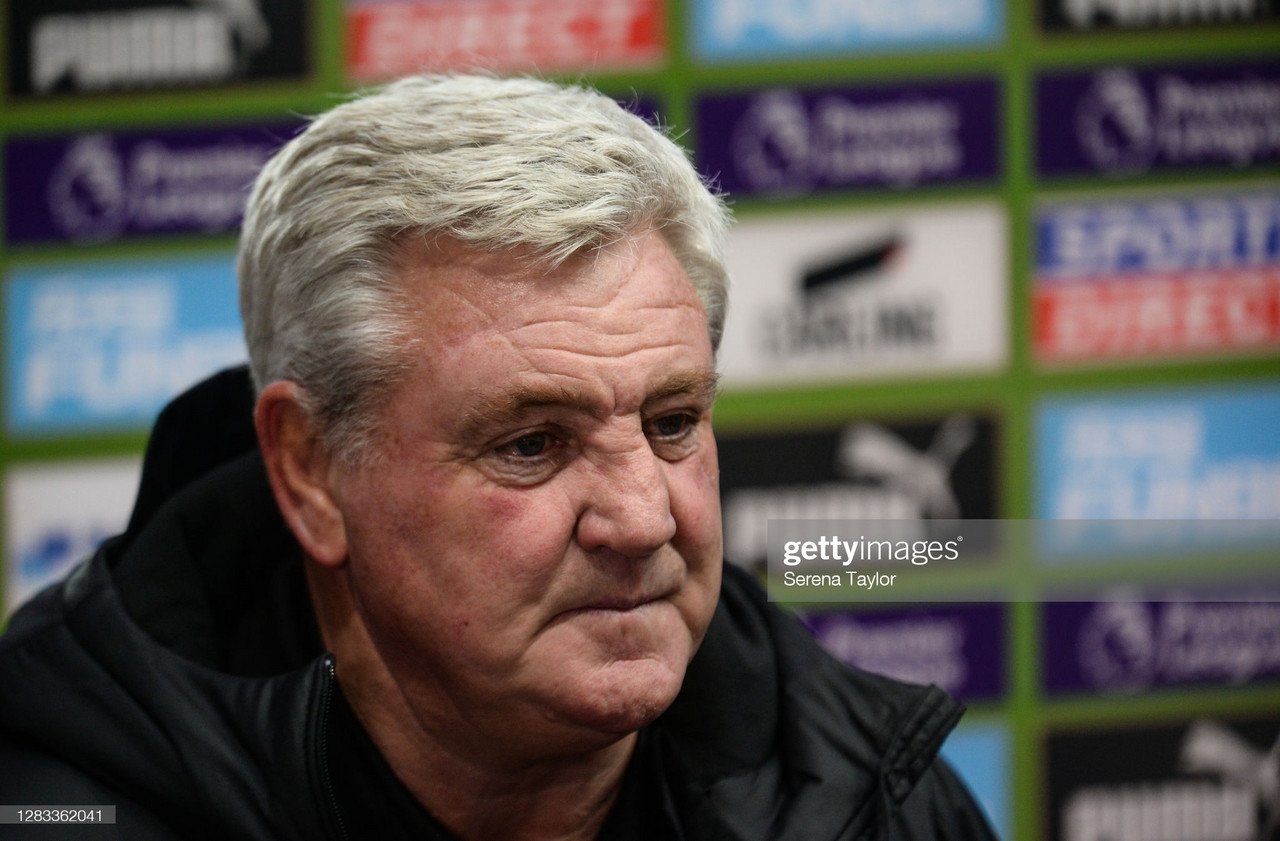