You'd have to go back to the 21st of November to the last time the Manchester City lost in the Premier League in a 2-0 defeat to Spurs at the Tottenham Hotspur Stadium.

This incredible run has led to the Cityzens going three points clear at the top of the table with a game in hand over Ole Gunnar Solskjaer's Manchester United, who sit in second.

With the standard of Manchester City being so high, especially in recent years, a win in their game in hand would put them seven points clear at the top which could well be the title done and dusted by the end of February.

Jesus up and running

With only two goals this season in the Premier League prior to Saturday's game a start for the young Brazilian may have came as a surprise to some but it turned out to be just the right call.

With Sheffield United sitting bottom of the table this looked like a perfect chance for Jesus to open his goal-scoring account in the league for 2021. He did just that.

His goal in the ninth minute of the game looked as if it could prove to be one of many, heralding another dismantlement at the Etihad.

This could be the start of a scoring streak for Jesus now having proven he can find the goal when given his chance from the off. With a win in their game in hand, somewhat taking a tad of pressure off from their noisy neighbours, Jesus could be the perfect candidate to lead the line from now until the end of the season if he can find some consistent form.

Their were five changes made from Manchester City's midweek masterclass in the Midlands but that still saw three points gained. It must be a calming feeling for not only the fans of the club but also the players knowing the quality there is to fall back on if injuries where to hit.

Joao Cancelo, the standout at the Hawthorns, was replaced by an energetic-looking Kyle Walker who slotted in nicely and secured the clean sheet.

With a lot of hype surrounding the centre-back partnership of John Stones and Ruben Dias the introduction of Aymeric Laporte did not scupper the defensive solidity that Guardiola has established in recent weeks.

With quality and quantity in all areas there are worst problems to have for Pep Guardiola but with the Blues bang in form, a win in their game in hand could spell trouble for those around them. 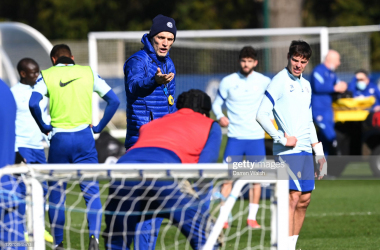 The Warmdown : Aubameyang leads comeback as Arsenal progress to the last 16 15 hours ago