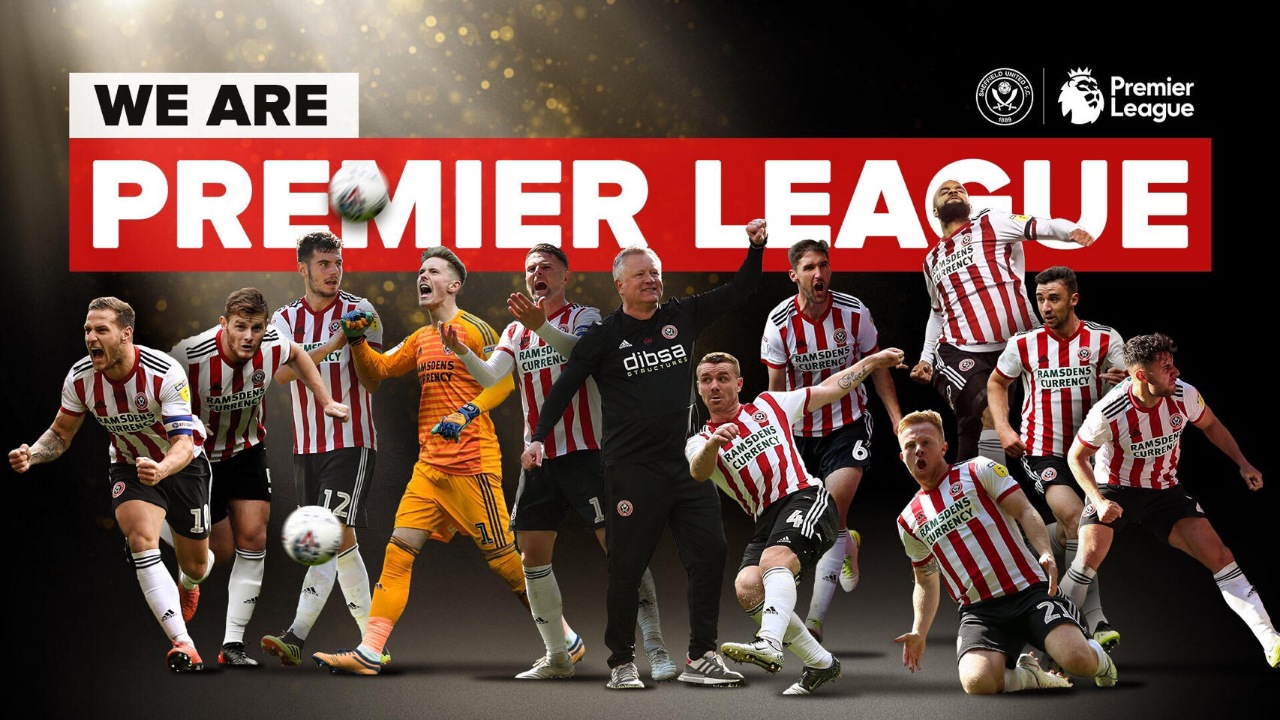 Sheffield United Football Club was formed in 1889 in the city of Sheffield in South Yorkshire in the North of England. Their nickname is ‘The Blades’ which links to the steel industry that the city of Sheffield is well known for. Sheffield United play their home games at Bramall Lane, which has a capacity of 32,702 and is the oldest professional stadium in the world. The club formation came from the ‘Sheffield United Cricket Club’, because the cricket club wanted to keep the players together over the winter period, so they played football instead. It is also for the first English club to use the term ‘United’ in their name. Sheffield United’s closest rivals are Sheffield Wednesday and when they play each other it is known as the ‘Steel City Derby’, once again linking back to Sheffield’s history of mass producing steel cutlery.

History of the club

In the 1980s Sheffield United fell down to as low as the third division in English football but under manager Dave Bassett they got back to back promotions back to the top flight. They became one of the founding members of the Premier League and Bramall Lane was the scene for the first ever Premier League goal in 1992 which was scored by club legend Brian Deane.
Sheffield United returned to the top flight in 2006 after being relegated in 1994 under the guidance of Neil Warnock but only lasted one season amongst the elite being relegated on the final day of the season. The relegation was surrounded by controversy however as it emerged West Ham United player Carlos Tevez who played a big part in West Ham staying up at Sheffield United’s expense was not eligible to play. Tevez was found to be not owned by West Ham but by a third party. Sheffield United sued to keep their Premier League status and, when that failed, went to an FA arbitration panel seeking up to £30m compensation. The arbitration panel found in favour of Sheffield United. The two clubs subsequently settled out of court for an undisclosed sum.

After achieving their lowest league finish since 1983 in 2016 where the Blades finished 11th in League 1, Chris Wilder became manager. Chris Wilder is a boyhood Sheffield United fan, he was a ball boy in his youth and played for the Blades over 100 times across two spells at the club, firstly between 1986-1992 and 1998-1999. After losing three of his first four games Wilder with the help of his trusted assistant Alan Knill turned everything around at the club. His first action was making club legend Billy Sharp, who was in his third spell at the club captain. That season the Blades were crowned Champions from League 1 with 100 points. The following season Sheffield United finished 10th in the Championship with the highlight of the season was beating their cross city rivals Sheffield Wednesday at their own ground, Hillsborough, by four goals to two. Sheffield United went 2-0 up but Wednesday pulled it back to 2-2 but then Mark Duffy within minutes of Wednesday equalising put the Blades 2-3 up. Sheffield United got a fourth and it has gone down as the one of the best derbies in Sheffield United’s history. The following season Sheffield earned automatic promotion back to the Premier League for the first time in twelve years.

The Sheffield United academy has produced plenty of talent across the years but especially in the past twenty years, with the likes of Kyle Walker, Phil Jagielka, Billy Sharp and the world’s most expensive defender Harry Maguire all coming through the youth system.

Sheffield United’s anthem is ‘The Greasy Chip Butty’ song which goes to the tune Annie’s song by John Denver. The song talks about different aspects of being from Sheffield.

You fill up my senses,

Magnet refers to a type of Bitter from John Smith's Brewery,  which is widely available in Yorkshire. Woodbines is a once popular brand of strong cigarettes.  Snuff is ground tobacco for sniffing up the nose which was commonly used by workers in the mines of Sheffield  A chip butty is simply a sandwich with chips as the filling . A chip butty is usually served in a breadcake or as it is known in different parts of the country a bread roll.

The anthem is usually sung at the start of both halves and towards the end of a game.

As well as their senior men's side who compete in the Premier League, Sheffield United also have an academy men's side at both Under 18 and Under 23 levels who play in the Professional Development League 2, with their matches taking place at the Shirecliffe Ground.

The blades' women's team currently apply their trade in the FA Women's Championship - the second tier of English football. Under manager Carla Ward, they have become one of the stronger teams in their division and progressed out of their Continental Cup group in the 19/20 season. They play their matches at the Proact Stadium, which is also the home of Chesterfield FC in the National League