The Toffees return to action on Friday night when they travel to the Emirates with the dust only beginning to settle from The European Super League debacle.

Both Arsenal and Everton will be looking to keep their European dreams alive by securing all three vital points. Everton head to London four points off sixth placed Tottenham Hotspur, with two games in hand and the belief that continental football can still come to Goodison Park next season.

Arsenal, however, already find themselves seven points from seventh and sixth, so may have already accepted Champions League football is only attainable through Europa League success, failure could resign Arsenal to the new Europa Conference League if they are lucky.

Everton come into Friday in poor form, with their last victory coming seven games ago, an unremarkable 1-0 win against West Bromwich Albion. Regardless of their three draws on the bounce, Everton were very unlucky against both Crystal Palace and Tottenham Hotspurs not to collect all three points. The inability to put the Palace game to bed while 1-0 up ultimately cost Carlo Ancelotti’s men while, two defensive mistakes (pounced upon brilliantly by Harry Kane) cost Everton two valuable points.

Arsenal’s form of late has been patchy to say the least, impressive back-to-back wins against (admittedly weaker) Sheffield United and Slavia Prague were preceded by four games without a win, including a 3-0 hammering from Liverpool. While, last weekend Arsenal had to come from behind to scrap a point in a 1-1 draw with Fulham.

Earlier in the season when Ancelotti’s men welcomed Arsenal to Goodison, they took all three points in a narrow 2-1 backs to the wall performance. 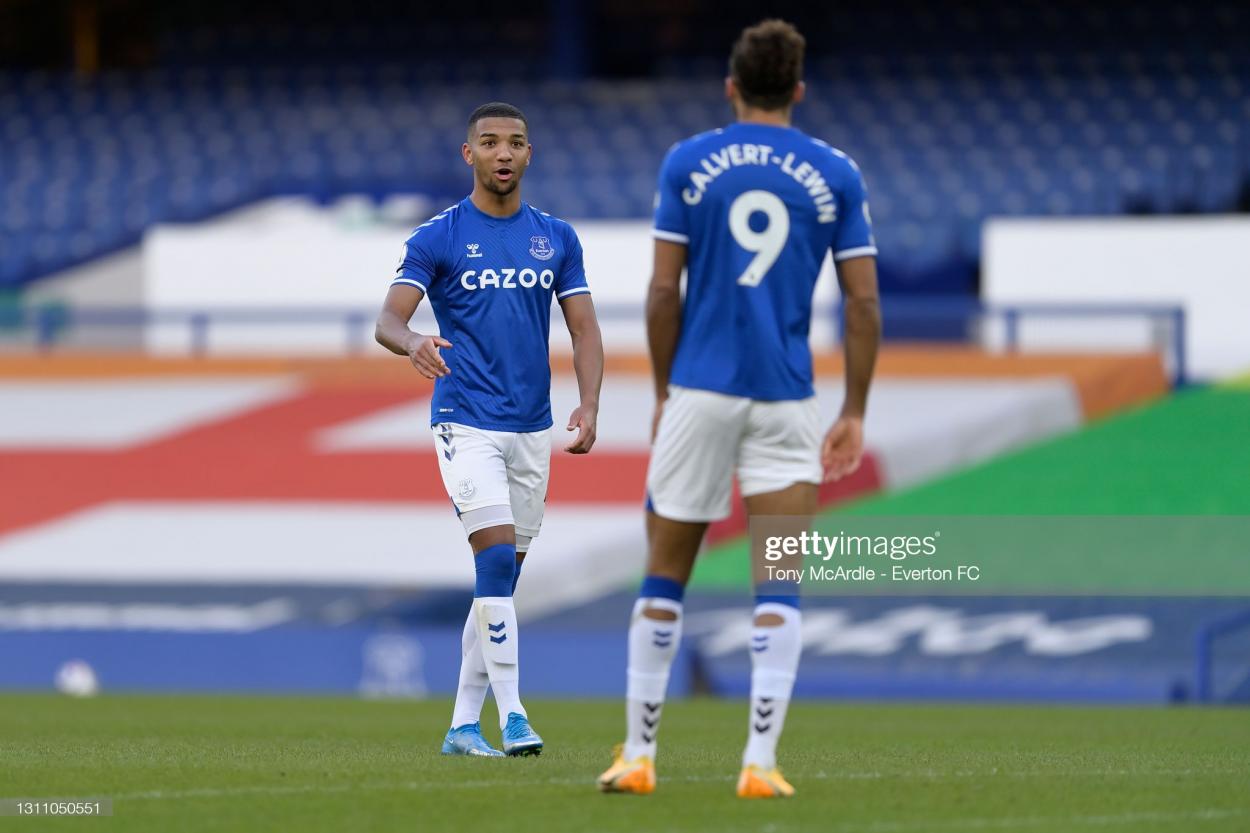 Ancelotti was able to confirm a number of key players will return for Friday’s huge game. Yerry Mina, the match winner in Everton’s last clash with Arsenal will return from a calf injury. Meanwhile, long time absentee Fabian Delph will return to bolster the midfield alongside Portuguese maestro Andre Silva and wide man Bernard. The return of Dominic Calvert-Lewin will no doubt be the most anticipated. Calvert-Lewin must reignite his goal scoring flame during the final run in if Everton are to qualify for Europe.

Elsewhere, it has already been confirmed that midfielder, Jean-Philippe Gbamin will return towards the start of next season. Abdoulaye Doucoure meanwhile, remains side-lined after sustaining a fracted foot against West Bromwich Albion however, he hopes to be back before the end of the campaign. 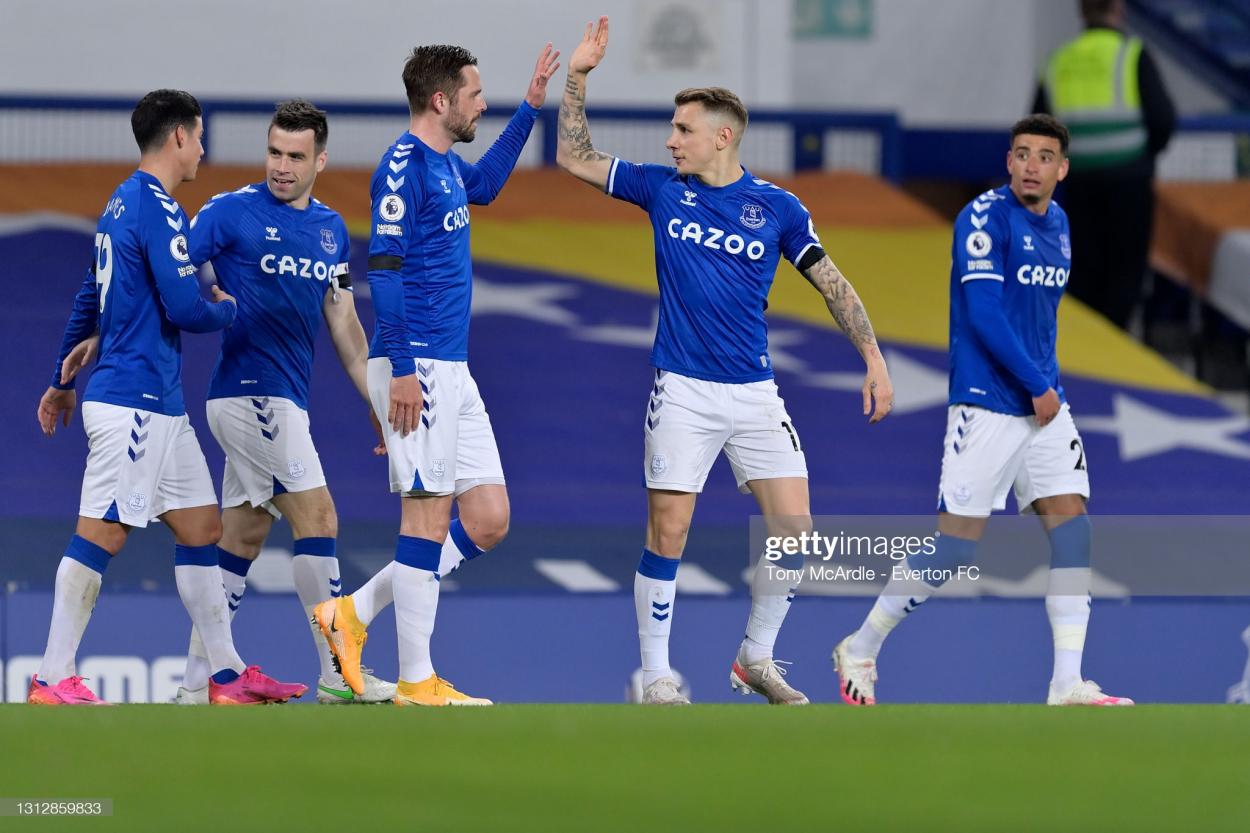 As Everton’s injury crisis ends, Arsenal’s injury woes continue. Club captain, Pierre-Emerick Aubameyang remains on the injury list after contracting malaria while on international duty with Gabon. After coming off with a hamstring problem against Fulham, club top goal scorer Alexander Lacazette will not be fit to play, opening the door for youngsters Eddie Nketiah and Gabriel Martinelli. The worst has been confirmed for both Kieran Tierney and David Luiz, the two defenders are expected to miss the remainder of the season after suffering knee injuries.

The news is not all bleak however, despite current setbacks Mikel Arteta expects Aubameyang and Lacazette back ahead of schedule. Arteta has also confirmed Norwegian playmaker Martin Odegaard will be back in contention for the Friday night game.

Fans and neutrals alike cannot help but admire James Rodriguez’ ability. The Columbian will likely play in attacking midfield behind the strike partnership of Calvert-Lewin and Richarlison. James often operates in small pockets of space, popping up across the channels of the pitch and linking the forward line with the deeper midfielders. The excellent first touch and ball control James possess makes him fantastic in these tight areas while his vision and passing can split any defensive line, especially a high one like Arsenal’s. Expect to see Rodriguez appear across the pitch throughout the 90 minutes with his excellent footballing IQ allowing him to know exactly where to be and when.

Granit Xhaka will be key to limiting the Columbian’s influence. The Swiss midfielder will likely go back into midfield alongside Thomas Partey after being deputized at left back. Xhaka will need to dominate the centre of the pitch limiting Rodriguez’ influence. 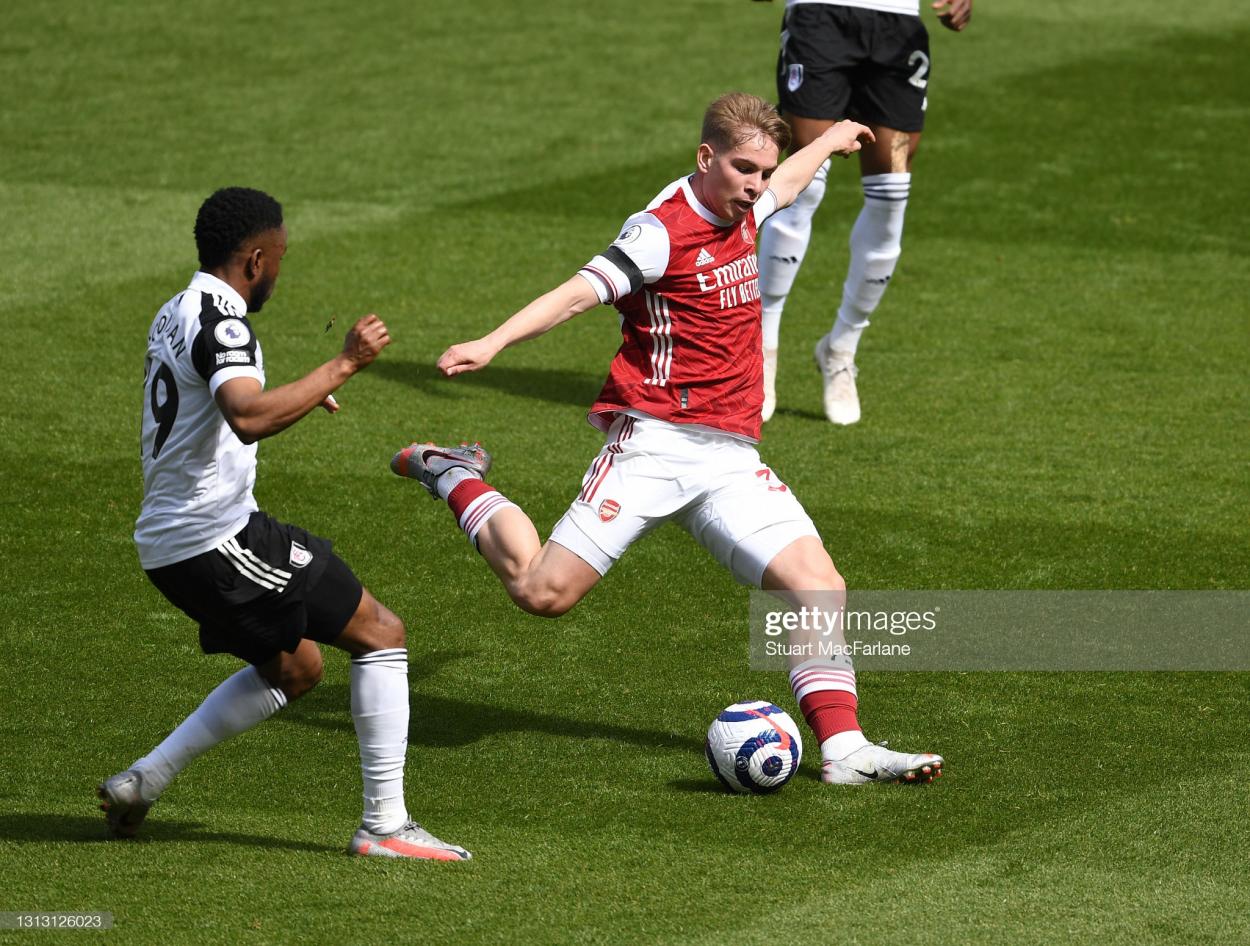 Nicknamed the Croydon De Bruyne, young playmaker Emilie Smith-Rowe could hold the key to unlocking a relatively stubborn Everton defence. The ability already shown by young Smith-Rowe has been astounding however, with front line regulars Lacazette and Aubameyang ruled out, the young midfielder will need to be on top of his game despite recently returning from an injury layover. The aforementioned absence of Aubameyang and Lacazette means Emile will not only be creator in chief but he will need to burden the responsibility of scoring, something he is yet to do in the league.

Arsenal vs Everton will kick off at 20:00 BST, broadcasted live on Sky Sports Main Event

Key Quotes: Ancelotti says Everton ‘got what they deserved’ in defeat to Aston Villa&nbsp; 4 days ago

Everton vs Tottenham Hotspur preview: How to watch, Kick-off time, Team news, Predicted lineups and Ones to watch 21 days ago

Everton vs Crystal Palace preview: How to watch, Kick-off time, Team news, Predicted lineups and Ones to watch a month ago

Opinion: Goodison Park is a ground we will never see the likes of again a month ago