The squad of 33 will be whittled down to a maximum of 26 on June 1 but, as Southgate’s finalised squad awaits to be seen, White can take solace and pride in receiving his maiden international call-up, becoming the first Brighton player since Lewis Dunk in 2018 to receive an invitation to the senior England setup.

The effervescent White has been proficient at the back for Graham Potter’s side this season, involved in all but two league fixtures this campaign, marking his first season in the Premier League with elegance and maturity.

A member of Brighton’s academy since 2014, White has seemingly enhanced his ability having relished on loan with Newport County, Peterborough and, most recently, Leeds United. His swift loan journey up through the EFL is testament to his talents and work rate which, in turn, has seen him thrive under Potter this season.

Speaking to the club's Twitter, White showed his surprise at his call-up:

"I am really grateful to Gareth Southgate for giving me an opportunity to potentially be a part of his squad at a tournament. I would be thrilled to be part of it and if I am, I won't let him down."

With seven players soon to depart the England setup, White’s name is unequivocally one that will be thrown about in conversation. Perhaps a surprise inclusion, the Poole-born defender is nonetheless a versatile option for Southgate to ponder over as he prepares to trim his band of players.

Potter has used White in a smattering of positions this season, playing him as part of their accustomed three-man defence, as a right-back and, arguably most interestingly, as a defensive midfielder. It is this adaptability which has guided White to flourish, justifying his place amongst England’s finest.

It was announced previously that three of his Brighton teammates would be in their respective national squads for the competition, as Robert Sanchez (Spain), Joel Veltman (Netherlands) and Leandro Trossard (Belgium) all received call-ups having excelled for the Seagulls in recent months.

With the commencement of the Euros on June 12, and England’s first fixture with Croatia a day later, it will be a feeling of prosperity for White who can enjoy a rare glimpse of international fame. England play host to Austria on June 2 in preparation for the tournament but, with or without their Brighton defender, it certainly bodes well for the fledgling defender in the years that lie ahead.

Five-star midfield excellence for Brighton a month ago 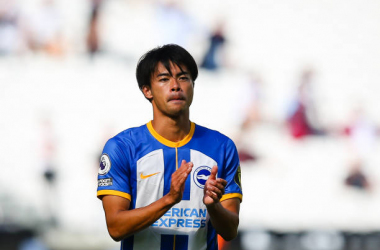