Brighton & Hove Albion look to continue their fine start to the season as they host Leicester City at the AMEX Stadium on Sunday afternoon.

With three wins from their first four games, the Seagulls have made their best-ever start to a Premier League season as they sit in sixth in the table.

The Foxes have had an uneven start to their season, alternating wins and losses through their four games, their most recent outing a narrow 1-0 defeat to Manchester City.

Brighton will welcome back defender Dan Burn from a knee injury and midfielder Aaron Connolly returns from his glute issue. Enock Mwepu is back from a bout with COVID-19. Solly March and Danny Welbeck returned to action last weekend and look set to play a part here.

Tariq Lamptey looks set to once again miss out while Pascal Gross is a confirmed absence with COVID-19. Adam Webster is likely out until the international break as he continues to battle a hamstring injury.

Leicester are getting healthier with only Wesley Fofana and James Justin out through injury. Ayoze Perez remains suspended and Jonny Evans is doubtful after coming off following 45 minutes in the Foxes' Europa League tie.

Jamie Vardy, James Maddison and Youri Tielemans will return to the starting lineup after being named as substitutes against Napoli. Ricardo Pereira is pushing for a recall in defense and Patson Daka could start on the right, moving Vardy to a more central role.

Neal Maupay continues to be the most dangerous attacking player for Brighton. Already with a pair of goals to his name this season, the Frenchman has found the back of the net 20 times since joining the Seagulls in 2019.

Jamie Vardy has also tallied twice on the young season and although Leicester have had balanced scoring so far, the 34-year old is still one of the most prolific scorers in the Premier League.

Leicester won all three matchups against Brighton last season, two in the league and a fifth-round F.A. Cup tie.

The Foxes ran out 3-0 winners last December behind a brace from Maddison and a Vardy strike. In February, Kelechi Iheanacho sent Leicester to the F.A. Cup semi-finals with a 94th minute winner.

After Adam Lallana gave the 10th minute lead, Iheanacho leveled just after the hour mark and Daniel Partey won it three minutes from time as Leicester completed a trio of victories over their South Coast rivals.

There is no live coverage of this match with the only way to follow the action through LCFC TV and LCFC Radio with kick-off set for 14:00 BST. 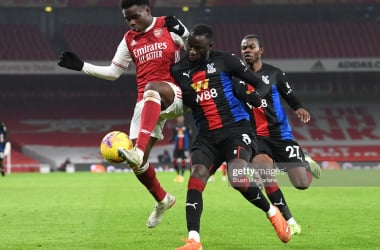 Will Steve Bruce being in the dugout against Spurs dampen what is set to be an electric atmosphere at St James' Park? 21 hours ago

Steve Bruce in the spotlight - but does he deserve the negative press he gets? a day ago

Watford vs Liverpool Preview: Views From Both Camps, Team News, Predicted Lineups, and Ones to Watch 2 days ago

Manchester City vs Burnley preview: How to watch, team news, predicted line-ups and ones to watch 2 days ago