Burnley were left feeling slightly aggrieved after being denied a first half penalty as they come away with only a point in a closely fought battle at Turf Moor with Norwich City.

The hosts felt they should have had a penalty early in the first half after it appeared that Matej Vydra was taken out by Tim Krul after the Norwich goalkeeper looked like he got none of the ball when coming to claim an Ashley Westwood free kick.

The Clarets were very slow at times and look liked they missed the intensity of summer signing, Maxwel Cornet, who injured himself last time out at Leicester.

Norwich came to Turf Moor with a plan and executed it perfectly and their best opportunity came through a Mathias Normann free kick early in the second half which was well saved by Nick Pope.

The physical nature of the game was clear from the start with Chris Wood battling hard with former Blackburn Rovers Centre back, Grant Hanley, and former Clarets Centre half, Ben Gibson, who joined the club permanently in the summer.

The game certainly wasn't short of physicality as referee, Kevin Friend, went into his pocket a total of seven times during the game, five of which for the hosts.

A point was probably a fair outcome for both sides but Burnley will feel like they could have got more.

Norwich had the better of the early stages at Turf Moor with the first real chance of the game coming from wing back, Max Aarons, who fired narrowly wide early on.

Burnley were adamant they should have had a penalty after Matej Vydra was wiped out by City keeper, Tim Krul, from an Ashley Westwood free kick but the referee and VAR saw noting wrong with it and a corner was given.

A very scrappy spell followed where a number of players went into Kevin Friend's book with Chris Wood and Matt Lowton seeing yellow for The Clarets and Mathias Normann for The Canaries.

Czech Republic international, Vydra, was replaced in the first half, seemingly still struggling after the earlier blow with Krul with Jay Rodriguez replacing him.

The hosts then started to pile on the pressure in the late stages of the first half with a number of crosses into the box; one of which, Normann, nearly into his own net but was well held by the Dutch keeper, Krul.

Pierre Lees Melou then tested Nick Pope from range but it was well saved by the England shot stopper.

Burnley came out for the second half firing with Dwight McNeil testing Krul early on with keeper palming away a fierce strike from the winger.

Ozan Kabak went on a mazey run early on in the half, with the Centre back running from one box to the other before being brought down by Rodriguez; earning the striker a yellow card.

The following free kick by Normann was finely stopped by Pope who palmed the ball away to his right out of danger.

Burnley were trying everything to get a breakthrough with Josh Brownhill stinging the gloves of Krul with Norwich then countering but Premier League debutant, Nathan Collins, defended brilliantly.

Normann, who was one of Norwich's bright sparks, managed to turn in the area before seeing his strike rattle off Nick Pope's crossbar.

Moments later, substitute, Johann Berg Gudmundsson, found his fellow winger, McNeil, in space at the back post but the young Englishman fired over from close range.

Burnley may have felt aggrieved again as Max Aarons seemed to push Charlie Taylor in the area but again, nothing going.

Taylor was involved again but this time at the other end as he defended brilliantly infront of Aarons at the far post.

A fairly quiet spell followed for both sides as the only real chance featured Jay Rodriguez heading wide Gudmundsson's cross.

Burnley then had another chance just before the 90 as second half sub, Ashley Barnes, did well to find a cross on the goal line, however there was nobody to get near it.

The hosts then came close again as Matt Lowton headed just over from a cross from the left hand side courtesy of McNeil.

The game then slowly fizzled out with limited chances on a frustrating afternoon for The Clarets.

What can we learn from the game?

A point is not a bad result for either side with Norwich claiming their first, but Burnley would feel they could and maybe should have claimed more.

The Clarets very rarely threatened Tim Krul's goal which poses a lot of questions for Sean Dyche heading into the international break.

Burnley evidently missed the pace of Maxwel Cornet as at many points throughout, the build up play was slow and lethargical and the final ball not good enough.

Norwich defended very well throughout and were deserved of their point at Turf Moor but even then, they very rarely tested Nick Pope.

Sean Dyche will look to work closely with his squad over the international break with key games against Southampton and Brentford follow their trip to Manchester City.

Burnley may have felt hard done by but evidently they didn't create enough and never really looked close to beating The Canaries.

Where do Solskjaer's United go from here? a day ago

The Warm Down: King scores hat-trick as Watford put five past Everton 19 hours ago

Chelsea vs Southampton preview: How to watch, kick off time, team news, predicted lineups and ones to watch a day ago

The Warmdown: Maddison winner seals three points for Foxes in West London a day ago 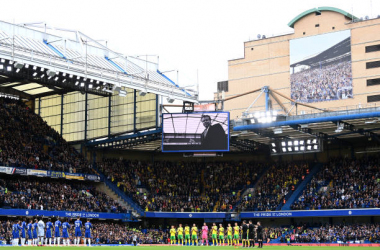 Chelsea 7 Norwich City 0: Canaries ripped apart by Champions of Europe at Stamford Bridge a day ago