The Potters are entering the cup at this stage as usual, but are looking to get past the third round for the first time in six years.

Michael O'Neill's men have had a COVID-disrupted last few weeks, with two consecutive home losses against Derby County and Preston North End since returning to action.

They have won just one of their last six games and currently sit eighth in the Championship table.

Leyton Orient head to Staffordshire having not played since December 18th, after winning two and losing three of their last five matches before having games postponed.

Kenny Jackett's side entered the cup in the first round, and the club has not progressed past the third round since 2010/11.

Josh Tymon is hoping to be available after returning a positive COVID-19 test last week which ruled him out of the game against Preston.

Tommy Smith is available again after missing the visit of the Lilywhites due to the birth of his child.

Steven Fletcher hobbled off in the defeat and will not feature after Michael O'Neill confirmed he had picked up an issue with his hip.

Veteran midfielder Darren Pratley is available after suspension for the O's.

Omar Beckles is also back in action after being sidelined with COVID-19.

29-year-old Ince has probably not had the career that many thought he would have when breaking through as a youngster at Liverpool and being touted to clubs like Inter Milan. Despite brilliant spells at Derby County and Blackpool, he has failed to find any run of good form since joining the Potters in 2018.

Despite this, he has found himself back in favour in recent weeks with Michael O'Neill's side hit by injuries and players out of form. His three goals so far this season have equalled his total for the whole of the previous two seasons, which highlights the confidence he is playing with at the minute.

Six foot five inch tall Smith has been the definition of a focal point for Kenny Jackett this season, with 13 goals across 24 games in all competitions so far. The 26-year-old enjoyed a rapid rise from the Isthmian League to League One Millwall in 2016, and has since had notable spells at Macclesfield and Northampton Town respectively.

He will no doubt be a nuisance all afternoon for the Potters, with his strong aerial presence and good link-up play with the creative players such as Aaron Drinan around him.

The two teams have never met in the FA Cup, and have played each other just once since 1993.

That was in the League Cup in 2009, where an extra-time Dave Kitson goal gave Stoke a 1-0 win.

Leyton Orient’s last visit to Stoke came in October 1992, when they lost 2-1 in a third tier match courtesy of a late Mark Stein brace.

It will not be available to watch for UK viewers.

The Warm Down: Chelsea fall to disappointing defeat against Manchester City 12 hours ago 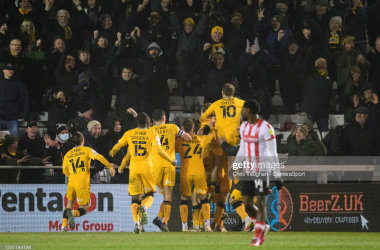 Millwall 0-1 Nottingham Forest: Lions robbed at the death by Grabban 17 hours ago 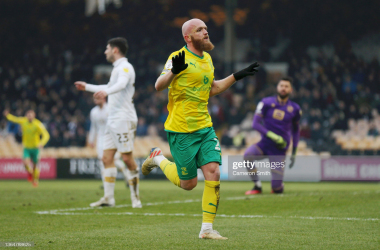 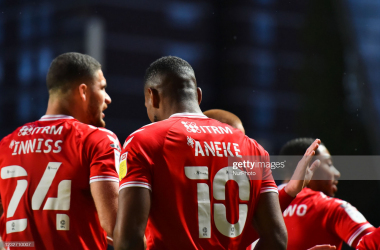 Key Quotes: Klopp's press conference ahead of the Premier League clash with Brentford 21 hours ago