England U19s manager Keith Downing was predictably pleased to see his side top their preliminary qualifying group for the U19 European Championships in Georgia next year, but was keen to stress that development, rather than silverware, is the ultimate aim at youth level.

The Young Lions were in a difficult position at kick-off, needing victory against then-table-topping Greece, but goals from defensive duo Trent Arnold and Trevoh Chalobah were enough to see them leapfrog both the Greeks and Wales into the top spot.

All three teams qualified with only Luxembourg missing out from the group, and, speaking exclusively with VAVEL UK after the game, Downing said he was pleased to see his players save their best performance until last.

“I think it was [our best game of the three], we put ourselves under a bit of pressure with the Wales game so it was a must-win game today.

“The players adapted to the conditions today really well, it wasn’t an easy pitch to play on. It was pretty slow and heavy. We played a little bit more direct, playing into the strikers a bit earlier, so overall it was very pleasing.

“We handled the pressure really well and I’m delighted for the players, because they’ve been terrific for ten days.”

With the pressure on and the spectre of a surprise defeat to Wales at the weekend still in the players’ minds, Downing was especially pleased to see his players pass the mental test against a dangerous Greek side.

“It’s a good test for them, the resilience side of it and the mental strength,” he said. “It was a difficult situation, we were bitterly disappointed with the Wales result. Losing that game put pressure on ourselves and meant we had to win today to get through.”

“It would have been big news if we hadn’t have gone through but the players rose to the challenge and I’ve got to say, they kept a real calmness about it today. We’re really pleased with the outcome.”

No qualms with yellow card tally

The game saw a number of yellow cards for both sides, particularly in the first half. Though Greece were perhaps more guilty of breaking up the flow of the game with fouls, it was England’s Andre Green who sailed closest to the wind after reacting violently to a heavy challenge on the brink of half-time.

However, Downing was quick to dismiss any concerns about his players’ temperament, and was also keen to praise the performance of the referee.

“I think it was just the emotion of the game really, the referee’s got a difficult job at the best of times and he handled it pretty well. Both teams got yellow cards, it wasn’t anything one-sided or anything like that.

“The referee managed it as best he could and it calmed down a bit in the second half, I think probably because they were getting through [to the next round] as well. The last 20 minutes had a bit of a bizarre feeling, with them not really pressing us and us obviously happy with the 2-0 as well.”

Above all else, Downing seems especially happy with the progress made by his players as a group during their time together over the international break.

That progress was easy to chart after an unconvincing win against Luxembourg and a disappointing defeat to Wales, with the Greece result a signpost for Downing of his team’s improvement.

“This group of players is evolving, I think through the three camps that we’ve had now we can see it’s getting better and better. There’s a lot of competition for places, there’s a strong 18 there, there’s one or two that are injured so they can be added as well.

“It’s a healthy group and hopefully with a bit of confidence now, the way we’ve handled a bit of adversity, it’ll get stronger as it goes on.”

England still have another round of qualifying to get through before thoughts can turn to the final tournament in the Summer of 2017, but Downing was insistent that his primary goal is to develop the players in his squad, rather than focusing on tournament progression.

“The ultimate goal is for these guys to get an education in international football,” he stated. “Playing against teams like this, playing in situations to win matches, and hopefully in the long run they’ll become senior international players – that’s the ultimate.”

“The side goal is that we want to progress as much as we can. Obviously we want to play in the Euro finals in Georgia next year in the short-term, but ultimately it’s about getting individual players through the system and getting them comfortable playing at a senior level.” 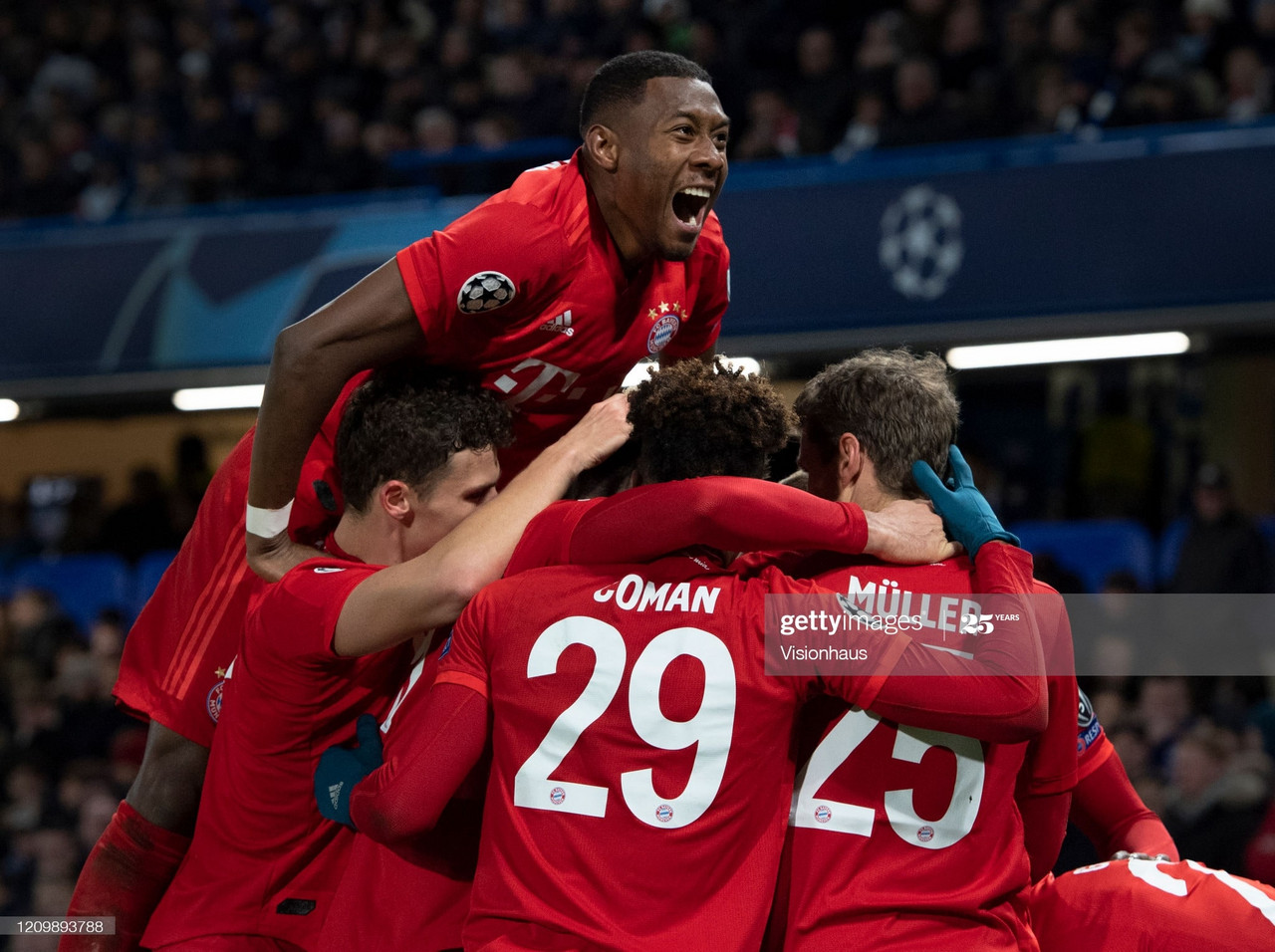 Why Bayern Munich are legitimate Champions League contenders3 days ago

An ode to Andre Schurrle16 days ago