In many ways, Bjorn Borg was the man responsible for popularizing tennis in the 1970s, turning the sport into the game that it is today. And one of the ways he did so was by dominating the opposition. Borg was the king of tennis throughout the second half at the 1970s, but he reached his highest level at the birth of a new decade. 1980 saw Borg reach new heights and fully confirm himself as one of the greatest tennis players the world has ever seen. Here’s a look back at Bjorn Borg’s 1980 season.

In 1980, for the third year in a row, Borg would win a pair of grand slam titles. For the second time in his career, he reached the final of all three majors he played (having skipped the Australian Open). He won his second consecutive year-end championship. He won nine titles, including three Super-Series titles, the precursor to todays Masters 1000s. For the second year in a row, Borg finished the year as the number one ranked player in the world. 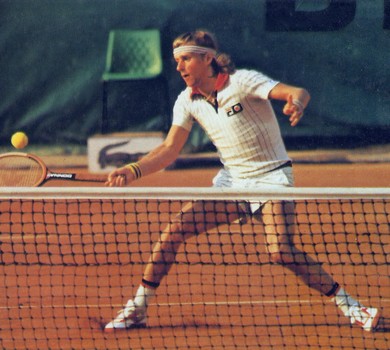 When Borg won Wimbledon, he became the first man in the Open Era to win a major five times in a row. He won this third straight channel slam (French Open-Wimbledon double), a feat still unmatched, and won the French Open without dropping a set for the second time.

1980 saw the final year of Bjorn Borg ruling his historic rivalry with John McEnroe. The fiery American had kept the rivalry close since their first meeting in 1978, won by McEnroe, but Borg took control of their battles in 1980. Their head-to-head was led by Borg 4-3 entering the 1980 season. Borg would lead 7-4 at the end of the season, winning three of four matches. 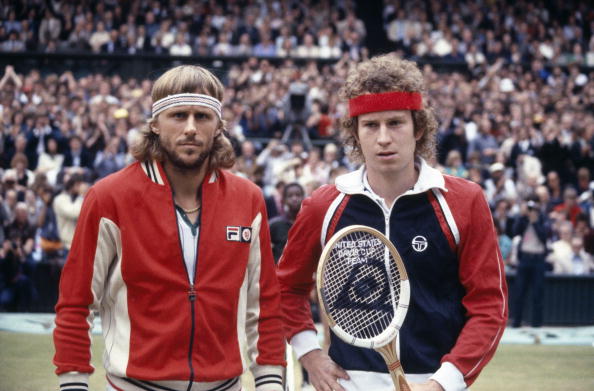 The pair kicked off their 1980 battles on the highest of notes in an historic Wimbledon final, widely considered to be the greatest tennis match ever played (prior to 2008), won by Borg. McEnroe would get his revenge at the US Open, winning a tight five setter. McEnroe led that match two-sets-to-love before Borg mounted a spirited comeback to send the match to a fifth set. His fight would fall short, as McEnroe would take the fifth set and the title. It was the closest Borg would ever come to winning the US Open. Had he won that deciding set, not only would he have won a match for the ages, but he would have joined the illustrious club of players who won three slams in a season. Not only that, he would have been unbeaten in grand slam play in 1980. He would get his revenge on McEnroe, winning their two remaining matches in 1980, including at the Masters Cup. He would never beat McEnroe again after 1980.

The apex of both Borg and McEnroe’s careers would come on Saturday, July 5th, 1980. Tennis’ biggest rivals would meet in the final of the tennis’ biggest stage and history ensued. Borg was seeking an Open Era record fifth consecutive title, while McEnroe was looking for his first Grand Slam title off of home soil.

It was the American who got off the better start, charging through the opening set 6-1. The second set was tighter, with Borg prevailing 7-5. Borg would put himself if position for the win by taking the second set 6-3. But McEnroe was not to be denied, and forced the fourth set to a tiebreak. What ensued was twenty of the most intense twenty minutes the tennis world has ever seen. Borg was looking to close out the match in four sets, while McEnroe was looking to keep the dream alive. Five times in that tiebreak, Borg reached championship point. Five times, McEnroe was up to the test. After thirty-three intense points, McEnroe would convert to claim the tiebreak 18-16 to force a deciding set. 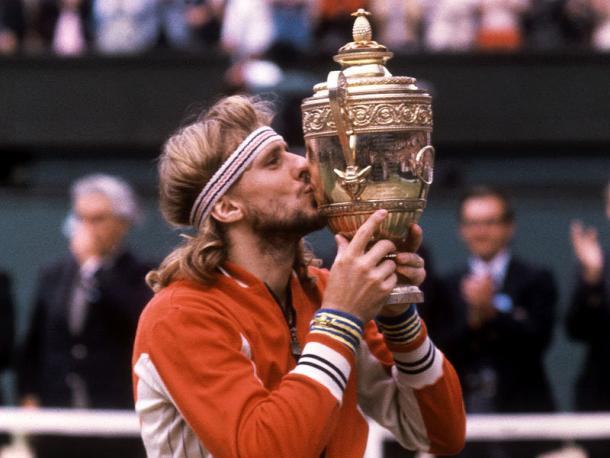 But like all great champions do, Borg raised his level in the fifth set. He put the disappointment of being a point away from victory five times behind him and focused on the task at hand, and Borg remains one of the most focused players in tennis history. McEnroe could not get a look on Borg’s serve. The match stayed close until McEnroe was serving to stay alive at 6-7. That’s when Borg made his move. The top-ranked Swede would break his rivals serve to claim the set and match, scoring his Open Era record fifth consecutive Wimbledon title and coming out as the victor in the greatest match the tennis world had seen to date. It would not be until the 2008 Wimbledon men’s singles final between Roger Federer and Rafael Nadal that any match was compared to that classic, won by the ice man from Sweden.

Why it is So Great

1980 was the final year of Bjorn Borg at the height of his powers. He reached all three majors finals and was a set away from the sweep. It was the closest he would ever come. While he would win another slam and reach two further major finals in 1981, he was replaced as the world’s top player by McEnroe. He failed to beat his rival in 1981, walking off the court after his US Open final loss before the trophy presentation, never to return to a grand slam venue. His motivation was gone. He had peaked in 1980 and could not bring himself to continue playing if he was not at that level. Borg only wanted to play tennis while he was enjoying it, and that time had passed. 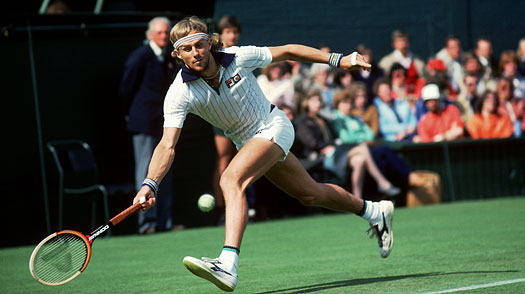 To Borg’s credit, he made so much history in 1980, it is understandable that his competitive fire was dying out. He accomplished a ton of feats that would not be matched until a pair of legends took over the game in the following millennium. His channel slam in 1980 was the last before Rafael Nadal completed the feat in 2008. No one has won three in a row since Borg (although Nadal and Roger Federer combined to equal the feat from 2008 to 2010). His three straight French Open titles through 1980 (a streak extended to four in 1981) was the first French Open three-peat in the twentieth century and the first since the French Open started allowing non-French players in 1925. No one would win three straight French Opens until Rafael Nadal in 2007 and again in 2012. His five straight Wimbledon titles, a record set in 1980, would be an Open Era record for most consecutive majors at any slam, would remain a solo record until 2007, when Federer tied it at Wimbledon. Federer would also win five straight US Opens and Nadal won five straight French Opens, but neither succeeded in breaking Borg’s record.

Borg did almost everything right in 1980. It was Bjorn Borg at his peak. The level at which the Swede was playing has very few equals and it remains as one of the greatest displays of tennis the world has ever seen. Not even the great John McEnroe could stop him. 1980 was so good for Borg, that even he knew he could not match it. Bjorn Borg remains a legend in the world of tennis and is indisputably one of the greatest tennis players of all-time, and 1980 showed why.