Manchester United will head to the AVIVA Stadium in Dublin to face Sampdoria in their final friendly of pre-season. It's the last chance for players to impress José Mourinho and the last opportunity to try out different systems.

It's the last game before United face Real Madrid in the UEFA Super Cup in six days time so a strong line up is expected in preparation. 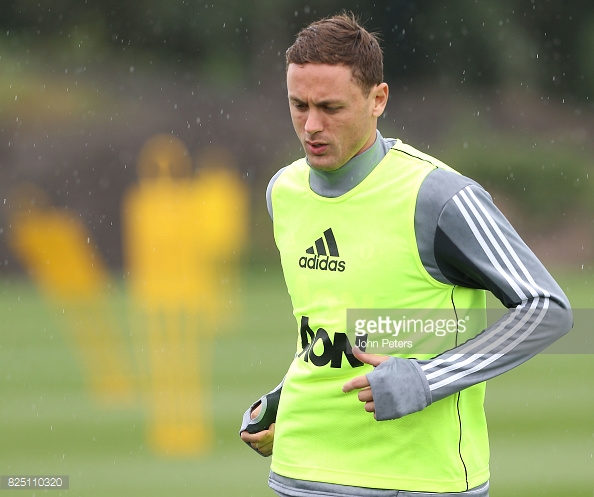 New signing Nemanja Matić could make his debut in midfield but there are concerns about his fitness levels. The Serbian needs minutes. The Red Devils discovered that they'd be without Phil Jones as well as Eric Bailly for the Super Cup final after the England defender was handed a two-match ban for abusive language towards an anti-doping officer. Therefore, Mourinho is likely to stick with Chris Smalling and Victor Lindelöf at the heart of defence to ensure their partnership is up to scratch for that game.

Antonio Valencia, David De Gea and Jesse Lingard all missed the 3-0 victory over Valerenga in Oslo last weekend. The trio were left in Manchester and were rested ahead of this match and the Super Cup.

There could also be changes at full-back as well. Tim Fosu-Mensah was pencilled in to start in Oslo but was swapped at the last minute for Matteo Darmian. The 19-year-old is set to be handed a start in Dublin instead. Mourinho is also set to switch Matteo Darmian to left-back. The Italian played a handful of games there last season and the United boss is looking at all his left back options with Luke Shaw injured. Daley Blind started there in Oslo but his performances have been indifferent during the tour.

Sergio Romero will want to feature against his former club, whom he moved to Old Trafford from. Mourinho has rotated his keepers during most matches

United have had a solid pre-season. They've played six games so far and their only defeat came against Barcelona, losing 1-0. They also managed a 2-0 derby win over Manchester City and a penalty shoot-out triumph over Real Madrid.

It's a stark contrast to last years pre-season which turned into a bit of a disaster. After a routine victory over Wigan Athletic, the Red Devils lost 4-1 to Borussia Dortmund in China and then had their fixture against Manchester City cancelled.

Sampdoria will provide a stern test for United. They finished 10th in Serie A last season, although they've seen a couple of their star players leave. Pacey forward Luis Muriel left for Sevilla in a £17m deal and ever present centre-back Milan Skrinniar joined Inter Milan for around £15m.

They have brought in Gianluca Caprari from Inter, who spent last season on loan at Pescara where he scored nine times. Another forward Dawid Kownacki has also signed for Sampdoria from Lech Poznan. Cagliari defender Nicola Murru makes up their trio of additions.

Manchester United vs Chelsea Preview: How to watch, kick-off time, team news, predicted lineups and ones to watch a day ago

The Warmdown: Man United put in team performance to win in Paris 3 days ago

A trip down memory lane: That night at the Parc des Princes 6 days ago

Opinion: The biggest winners from Manchester United's victory over Newcastle United 7 days ago

The Warmdown: United's weaknesses woefully exposed on Solskjaer's 'worst day ever' 20 days ago

The never-ending quest - who is Manchester United's partner for Harry Maguire? 22 days ago