The January transfer window has just passed, and whilst the majority of the Bradford City fanbase will focus on the positives of the new additions, one man who has looked exceptional since joining last Summer is midfield general Elliot Watt.

20-year-old Watt boasts the qualities of a true leader within the middle of the park, having already captained the Scottish youth team and Wolverhampton Wanderers Under-23s, he is no stranger to the prospect of propelling a team forward. Watt has shown class within the Bantams midfield, often controlling the tempo of the game and commanding the dictation of the game, but the centre midfielder has also shown promise in a different sort of role this campaign.

With Callum Cooke currently flourishing in a newfound more advanced role, that has left a rather lack of competition in the centre of midfield, with only Levi Sutton, Watt and a young Kian Scales vying for that position. With the lack of contest, it has allowed Watt to become more comfortable and relaxed in his position, which may threaten a more lethargic attitude or promote more inert performances, but no, Watt has risen to the occasion and shown why he is one of the most feared and highly rated midfielders in the division.

The better example of Watt playing in a deep-lying playmaker sort of role would be the fact that he currently leads England’s top four tiers in 2020/21 for the most accurate long balls played by one player, besting the likes of Ruben Neves, Kevin De Bruyne and Ben Whiteman with 148 precise and direct balls usually finding their target. City fans got a chance to see this in Bradford’s recent victory over Barrow, when Watt launched an outstanding lofted through ball through to Cooke, who eventually had his shot thwarted by Joel Dixon. Nevertheless, it demonstrates Watt’s keen vision and excellent eye for movement and surging runs, which breeds a newfound confidence for the attacking players who know that they can be picked out by the Preston born midfielder.

Watt’s also pondered with goals, having already scored his first two goals for the club and even winning the Bradford goal of the month for November, netting a ferocious first time attempt past Southend United that put a smile on the face of the entirety of the Bradford fanbase.

Something which has lacked over the years too is a real source of chemistry in the squad, but it is noticeable on social media and from videos which have circulated that Watt is a real leader in the dressing room. He often tweets out welcoming the new signings, joking around with the players and even telling Sutton he was a ‘massive fan of the tash’. Furthermore, with full credit to the new social media team as the production videos and online interaction has been outstanding this year, but Watt went viral when celebrating a goal scored by Gareth Evans against Southend, with some even labelling him as the ‘Preston Pirlo’.

Whilst in recent weeks it’s known that Sutton has been gaining the applauds for his tractor like work rate and hard work in every game, but this allows Watt to perhaps contain is energy and use it for more resourceful and productive reasons, such as creating an excellent opportunity or sorting out the positioning of the remainder of the midfield.

Could he take the arm band ?

Whilst Richard O’Donnell looks to be out for the forthcoming weeks with an injury, and Paudie O’Connor has done a fine job captaining the side, Watt has to be considered going forward as a potential new captain of this momentous football club.

At 20-years old, one of the most underrated yet loved players in the club, someone who clearly shares a warm relationship with each player and makes the new signings feel welcome, he possesses the qualities of a natural leader and a future captain. Along with this, due to his age and mass talent he is currently one of Mark Trueman’s most prized assets, and someone who must be kept hold of for the integrity of the midfield. 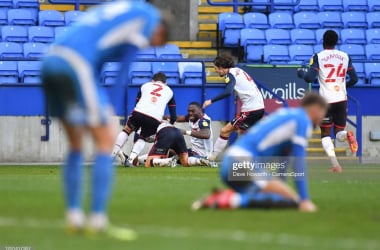 Tottenham Hotspur vs Burnley preview: Can Spurs get back on track? 4 hours ago 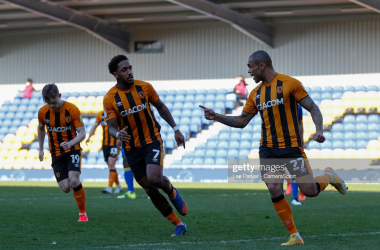