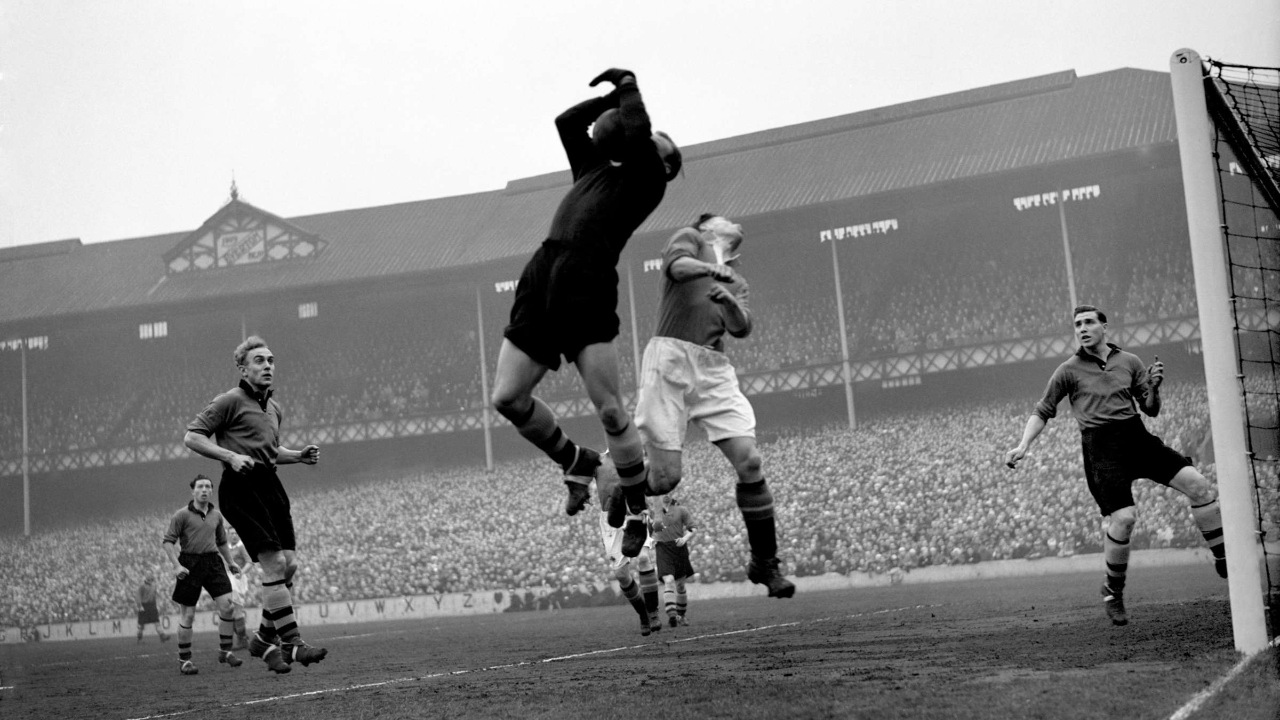 Wolverhampton Wanderers Football Club (also known as Wolves) are an English football club based in the Midlands city of Wolverhampton. Wolves currently operate under Portuguese manager Nuno Espirito Santo and compete in the top tier of English football, the Premier League. They are three times champions of the First Division and they have won the FA Cup on four occasions.

Wolverhampton Wanderers were formed in 1877 under the name St. Luke’s, later to be renamed The Wanderers following a merge with the local cricket club.

In 1888 the club became one of the twelve founding members of the English Football League. Although it was their first season, Wolves managed to finish an impressive third in the league. Not only that, the Midlands club also reached their first FA Cup Final. However, they suffered a 3-0 defeat to league title winners Preston North End.

Just over a decade after beating Everton for their first FA Cup trophy, Wolves were relegated from the First Division, ending their 18-year stint in the top flight. Success didn’t dry up following their relegation however, Wolves overcame Newcastle United to win their second FA Cup in 1908 despite being in the Second Division. Unfortunately, the Wanderers dropped down into the Third Division (North) but managed to bounce straight back up again the year after.

In the years leading up to the war, Wolves fought their way back up to the top. 1932 was the year Wolves finally escaped the Second Division, doing so by winning the title and gaining promotion back to the First Division.

Immediately before the war, Wolves became incredibly unlucky. With one game remaining in the 1937/1938 campaign, they were one win away from their first ever league title. The league however was handed to Arsenal following a 1-0 defeat to Sunderland. The season after they were pipped to the title by Everton and were stunned by Portsmouth in the last pre-war FA Cup Final.

The Wright and Cullis era

Wolves picked up where they left off before the World War Two, suffering yet another heart-breaking end to the league campaign. Yet again the Wanderers found themselves won win away from their first ever league title. However, this time, they suffered a narrow 2-1 defeat to title rivals Liverpool.

That loss also saw the end of Wolves legend, Stan Cullis’ playing career. Cullis went on to become the manager a year later, and led his side to their first major honour since the FA Cup victory 41 years earlier. The next year he then carried on the theme of unfortune as Wolves were a whisker away from the ever elusive First Division title. Only on goal average were Portsmouth crowned victors of the league in the 1949/50 season.

Following all their misfortunes, little did they know that Wolves were about to enter their most successful period in their entire history. The turn of the decade saw the introduction of the 1950s, where the Wanderers were led by captain Billy Wright. Under Wright’s captaincy, they marched on to their first league title in 1954. One then brought two more successive league titles in 1958 and 1959. From then on, they were known as one of the top sides in the country, alongside Manchester United.

It wasn’t just the results on the pitch on the silverware that was attracting attention. Wolves invested the equivalent of £275,000 on floodlighting at Molineux Stadium, allowing them to host high profile friendlies against the world’s top footballing sides. On the 13th of December 1954 Wolves ran out 3-2 victors over Hungarian champions Budapest Honvéd in front of a bumper 55,000 strong crowd. The floodlit friendly was also broadcast live on the BBC.

Following the win, Stan Cullis then branded his side “champions of the world”. Unknowing to Cullis, this comment was to spark the creation of the European Cup. Journalist, Gabriel Hanot, disagreed with Cullis and suggested that his team were inferior to the likes of Spanish champions Real Madrid and Italian giants A.C. Milan. The following year saw the first European Cup – however it was Chelsea who represented England as that season’s champions of the country.

The 1960s opened with a fourth FA Cup triumph, and almost saw Wolves achieve the first league and FA Cup ‘double’ in the 20th century. Once again, the Midlands side were beaten by a solitary point on the final day of the season by Burnley. This success however was the start of a heavy decline for Cullis and the Wanderers. After a disastrous start to the 1964/65 season, Cullis was sacked for his side’s performances, ending his 16-year tenure with the club. The sacking was not enough to prevent the club’s relegation - their first relegation in 42 years.

Their time in the Second Division lasted just two years and they were swiftly promoted back up to the top flight in 1967. In the First Division, Wolves were led by notorious ‘tough-man’ Bill McGarry. A fourth-place finish in 1971 qualified the Wanderers for the newly founded UEFA Cup, in which they managed to reach the final. On that journey to the final they managed to defeat Juventus and Ferencváros before losing on aggregate to fellow English side in Tottenham Hotspur in a two legged final.

Just two years later they went on to lift their first ever League Cup trophy by beating Manchester City. A rocky couple of years followed as they were relegated in 1976, bounced straight back under new manager Sammy Chung, and then led to a second League Cup title under the management of John Barnwell.

In the late 1970s a multi-million-pound rebuild of the Molineux Street Stand was the beginning of a near financial collapse for the Wolverhampton club.

It only got worse as Wolves entered the 1980s, a dip in the country’s economy led to a drastic fall in gate receipts, consequently this then led to increasing difficulties in the repayment of loans, loans in which were funding the new John Ireland Stand.

1982 saw the inevitable relegation of Wolves, and uncertainty for the club’s future grew larger. That was until former player, Derek Dougan, fronted a consortium that bailed the club out from the possibility of liquidation. The takeover immediately shot Wolves back into the First Division under the leadership of manager Graham Hawkins. However, just as all seemed well, the two Saudi brothers Mahmud and Mohammad Bhatti that financed the takeover, then failed to invest sufficiently in the club. This led to three consecutive relegations with the constant threat of a winding up order over their heads.

The 1986/87 season was a key season as it was their first season in the Fourth Division. More importantly it was also the year where Wolverhampton City Council bought Molineux Stadium and the surrounding land from the club. A local developer subsequently paid off the clubs’ debts in return for planning permission to develop on the land adjacent to the ground.

That season they reached the inaugural Fourth Division Play-Off Final, eventually losing out on promotion to Aldershot. Wolves rounded off the 1980s positively with two consecutive promotions leaving themselves back in the Second Division. Along with this, they also managed to lift the 1988 Football League Trophy at Wembley.

Lifelong Wolverhampton Wanderers fan and businessman, Sir Jack Hayward purchased the club in 1990, sparking the rebirth of the club. Without hesitation, he funded the redevelopment of Molineux, creating a modern all-seater stadium. The work on the ground was completed in 1993, just in time for the newly founded Premier League. However, Wolves did not manage to gain promotion into the league for a decade.

Their introduction to the league was in 2003, ending their 19-year wait. Before long they were back down to the renamed EFL Championship.

Rollercoaster of relegation and promotion

In the late 2000s the club was in desperate need of rejuvenation, as they struggled to escape the second tier of English football. Republic of Ireland international, Mick McCarthy proved to be the man to do that as he led the team to a play-off finish. Steve Morgan then invested his money and bought the club from Sir Jack Hayward in 2007. Two years later, Wolves were crowned champions of the Championship, and were back in the big time.

Once again, success was short lived as they departed with McCarthy before yet another relegation in 2011/12. Incredibly, McCarthy’s departure allowed for the club’s first ever overseas manager. Norwegian Ståle Solbakken was sacked after only six months and replaced with Dean Saunders in 2013. The club dropped once again down to EFL League One, and Saunders was replaced with Kenny Jackett. Jackett rocketed Wolves back up to the Championship after achieving a monumental 103 points in one season in third division – a total that is still held as a record amount of points in one tier three season.

The return of Wolves

After years of financial uncertainty, it was confirmed in 2016 that Chinese conglomerate, Fosun International, had bought the parent company of the club. Uncertainty then lied within the management of the club immediately after the takeover. Kenny Jackett’s contract was terminated and he was briefly replaced by Walter Zenga, a former Italian international. His tenure lasted just 14 league games, Zenga was then replaced by Paul Lambert. Unfortunately, he too couldn’t keep hold of the job, and was replaced by the surprise appointment of FC Porto boss, Nuno Espirito Santo.

Immediately, Wolves went on to run away with the 2017/18 Championship title under Nuno and returned to the Premier League.

In their first season back in the Premier League, Nuno led them to an incredible seventh place in the league, qualifying them for the UEFA Europa League. The seventh place finish is their highest league finish in 40 years.