Everton FC will be aiming to go level on points with local rivals Liverpool FC on Saturday as the Reds look for their first win at Anfield since December 16th.

Liverpool's poor Premier League form has continued through the beginning of February, with the defending champions having lost their last three league games and fallen to sixth in the league.

Across Stanley Park, neighbours Everton have had a mixed bag of results in the past few weeks, with the Toffees losing 2-0 to relegation-battling Fulham just days after a 5-4 win in the FA Cup over Tottenham Hotspur.

Jurgen Klopp's Reds have had a dreadful start to 2021 and look a completely different side than the one that cruised to the league title last season. Only two wins in their last 10 league games have put them in a challenging position, however a comfortable 2-0 win over RB Leipzig in the UEFA Champions League could have potentially put Liverpool in good stead ahead of the Merseyside Derby.

The reverse fixture between the two sides earlier in the season was controversial for more than one reason. Virgil van Dijk's season-ending injury came in the first-half at Goodison Park after a reckless challenge from Jordan Pickford, however the England 'keeper escaped punishment. Liverpool were then denied victory late on when Jordan Henderson's goal was ruled out after a dubious offside call in the build-up against Sadio Mane.

Klopp will be hoping his side will be more fortunate this time round, as another loss for the red side of Liverpool will put them level on points with their blue neighbours.

There will be some tasty battles across the pitch on Saturday to keep an eye on in what could potentially be one of the most important Merseyside Derbies in recent years.

• Local lads in the centre of the park

With injuries plaguing both sides' midfields, the spots have opened up for bit-part players to try and take that spot for their own, and there could potentially be a local-derby in the midfield come Saturday.

Curtis Jones has stepped up to the plate when called upon for Liverpool this season, and the Toxteth-raised midfielder has taken big strides for the Reds.

In the blue corner, Tom Davies has had a handful of appearances this season after falling out of favour at the beginning of the campaign. The 22-year-old has started four out of the last six, putting him in strong contention to start against Liverpool.

Jones scored the only goal in the 1-0 win over Everton in the FA Cup last season, and after producing a man-of-the-match display in the Champions League leading up to this one, the 20-year-old will be raring to go.

• Battles on the wings

It's going to be a tough evening for Seamus Coleman and Lucas Digne come Saturday, with the full-backs having to mark two of the best wingers in the world.

Although Mane hasn't had the greatest of seasons, the Senegalese winger has always impressed in the derby, managing five goals against Everton during his time with the Reds.

Mohammed Salah has consistently been the silver lining during Liverpool's below-par season, with the Egyptian leading the golden boot race so far with 17 goals.

Digne has consistently been one of the Toffees' best players since his arrival in 2018, however a lot like Liverpool's Trent Alexander-Arnold, the fullback is better known for his attacking prowess rather than his defending.

It will be a hard ask for the full-backs to keep the wingers quiet on Saturday.

It looks unlikely that Dominic Calvert-Lewin will be fit in time for the Merseyside Derby which may prompt manager Carlo Ancelotti to deploy James Rodriguez as a secondary striker, a decision which would line-up a good battle with makeshift Centre-Half, Henderson.

Liverpool's injury crisis in defence has led to the Liverpool captain dropping into the backline, most recently alongside January singing Ozan Kabak.

Although he has yet to look out of place, a one-on-one battle against James could prove a real problem for Henderson due to the movement and sheer skill of the Colombian.

The Warmdown: Manchester United play out a goalless draw in South London 3 hours ago

Liverpool VS Chelsea match preview: Can the Reds make it back-to-back wins? 14 hours ago 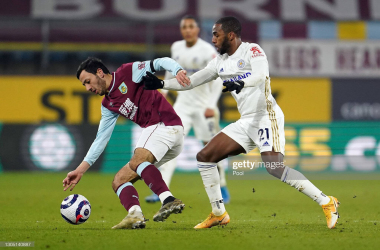