Cheltenham Town will host Bradford City this coming Saturday at 15:00 BST, with the Robins looking to extend their unbeaten league streak to nine.

Michael Duff's side have won three of their last four, including an impressive comeback over Walsall on Tuesday night, and are just two points adrift of the top of the table.

Meanwhile with the Bantams, Mark Trueman's men are looking for back-to-back victories and have lost just one in their last ten. Bradford are also capable of a comeback too, having overturned Morecambe's lead during the week to snatch the three points.

The Robins will be without Chris Clements, who had a hamstring operation and is likely to miss the rest of the season.

Ellis Chapman had a scan on his thigh yesterday, and Duff described his injury as not 'looking particularly good'.

Lee Novak, Billy Clarke, Zeli Ismail and Bryce Hossanah are all long-term absentees and are confirmed to be unvailable for Saturday.

Meanwhile, Reece Staunton, Richard O'Donnell and Danny Rowe will all be looking for their first starts since sustaining injuries.

A strong, defensive leader in the back five of Cheltenham, Tozer has had a prolific season in defence.

Tozer is renowned for having one of the most feared long throws in the EFL, with some relating him to Rory Delap following Cheltenham's FA Cup tie with Manchester City. He organises the defence as the Robins captain, and uses his vast experience to help the younger individuals of the squad.

One of the better signings of the January transfer window, Vernam has had an excellent start to life in West Yorkshire.

With two goals from his first two games, Vernam is versatile across the attacking front three and can interchange with Gareth Evans or Callum Cooke, meaning Bradford can keep the opposition defence on their toes and test them.

Bradford have been unable to defeat Cheltenham in their last three outings, and as recent as December were beaten by the Robins 2-1 in one of Stuart McCall's final matches at the helm. Goals from Alfie May and substitute Clements cancelled out Clayton Donaldson's early strike.

The match is available on iFollow via Cheltenham or Bradford's respective club websites, with match passes at £10 for those in the United Kingdom.​​​​​​​ Kick-off is scheduled for 15:00 GMT.

The Warmdown: City class proves too much for Wolves 18 minutes ago

Post-Match Analysis: Wolves conquered by relentless City an hour ago 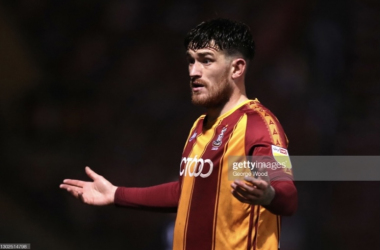 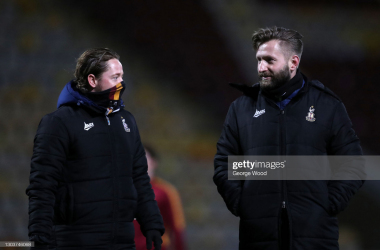