Derek Adams has named his fifth signing, and his second within the space of two days, with the addition of Liam Ridehalgh to his Bradford City squad.

The Bantams have already added Andy Cook, Abo Eisa, Oscar Threlkeld and Lee Angol to their arsenal, but have added much needed experience to the left-back spot since Connor Wood departed the club for Leyton Orient.

Ridehalgh is local to the club, having been born in Halifax, and came through the academy at Huddersfield Town, making 20 appearances in his professional years with the club.

The 30-year old endured loan spells at Swindon Town, Chesterfield, Rotherham United and Tranmere Rovers before making his move to the latter a permanent deal in 2014. Ridehalgh remained with the club until 2021, making 228 appearances in his seven years of service.

With a rebuild underway at Valley Parade and talks of the project underway in West Yorkshire, loyalty is hard to come by.

But a solid defender such as Ridehalgh bodes well with his service to past employers Tranmere, acting reliable and professional in his several years with the club and sticking it out through some difficult years. This is the sort of player that Bradford need right now, with very few long-term servants at the club, Ridehalgh could be an experienced head needed in the dressing room.

Ridehalgh was born in Halifax, and rose through the academy and into the first team at Huddersfield. He knows what it means to represent a local football club.

This means that Ridehalgh will understand the expectations and passion of the supporters in West Yorkshire, especially after their absence over the past season, and will know how to quickly get them on his side. The left-back will be aware of the stature of the club and it’s mass fan base for Sky Bet League Two, with the Bantams having already sold 8000 season tickets, the most in the divison.

Following the departure of Wood and the contract extension to Matty Foulds, there were talk that the former Everton and Bury defender would replace the outgoing Wood, but Ridehalgh’s arrival could change this.

The 30-year old will immediately supply cover and competition for Foulds, which is important in a side which cannot afford to let its players performances slide or become too comfortable like it did last season with the lack of contest, but Ridehalgh will push young Foulds to be the best version of himself. Along with this, he is an immensely versatile defender, able to operate in the centre, on the left or a little further up the pitch.

Liverpool vs Bologna preview: How to watch, kick-off time, team news, predicted line ups and ones to watch 13 hours ago

Reading's squad: The state of play 6 hours ago

Leicester City vs Villarreal preview: Team news, predicted lineups, ones to watch, how to watch, and kick-off time. 7 hours ago

The Warmdown: Victory for Hammers in penultimate pre-season fixture 21 hours ago 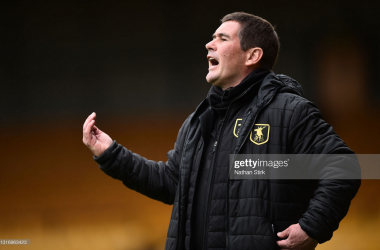