Bradford City have unveiled their fourth new addition of the 2021/22 season, with the arrival of striker Lee Angol.

The Bantams, who have already announced the signings of Andy Cook, Abo Eisa and Oscar Threlkeld, also announced the appointment of former joint manager Mark Trueman as the club’s new assistant manager to Derek Adams.

Angol, who stands at 6”1 and is 26 years old, is well equipped to Sky Bet League Two, having enjoyed stunts with Leyton Orient, Wycombe Wanderers, Lincoln City and Mansfield Town across his career.

The towering attacker has also spent time with Hendon, Maidenhead United, Luton Town, Peterborough United and Shrewsbury Town, but he was most prolific in his stint with Boreham Wood, where he managed 25 goals in 39 appearances.

The two strikers that Adams has recruited for his first team so far both possess one notable quality- their height. In fact, Angol is just 0.2 meters taller than Cook, but this is a positive sign within the squad, and a teaser into the playing style Adams is targeting.

It’s clear that, like with Cole Stockton at Morecambe, Adams is looking to utilise tall, physical strikers with a towering presence that can hold up the ball and also cause a problem for opposition defences, something which the Bantams have struggled with since the departure of Charlie Wyke in 2018. This allows the creative players such as Callum Cooke and Elliot Watt to play off of the sole striker and to create chances that could help punish the challenging team.

Despite all of the talk of the project being built and the progress the club want to make, Angol perhaps isn’t the prime example of this.

The 26-year-old has only clinched himself a one year contract in West Yorkshire, but it looks as if it comes with an extension clause. Not only is this a huge positive for the club, but it’s an incentive for Angol, that if he doesn’t perform to the expectations it’s likely he won’t be sticking around for too long. It also gives Bradford breathing room for the future.

A huge worry heading into the 2021/22 season was the lack of brutal firepower up front, after every striker connected to the club left.

With Clayton Donaldson heading to York City, Danny Rowe switching to Chesterfield, Rumarn Burrell returning to Middlesbrough and Billy Clarke exiting on a free transfer, it was a concern that the Bantams had to recruit a roster of new strikers to their arsenal. Cook’s return helped bolster their options, but with Stockton opting to stay at Morecambe, Angol is an ideal replacement to act as competition for Cook, as he is young, powerful and beginning to enter the prime of his career.

​​​​​​​Adams is the sort of manager who is building a reputation of getting the best out of his strikers.

With Stockton last season, Adams helped turn the previously non-league man into one of the most feared attackers in the division, which attracts players to the club. Whilst Cook’s return seemed inevitable, Angol may be looking to progress his game and improve into a better shape of a player, which is definitely possible under Adams.

The Warmdown: Manchester United settle for a 2-2 draw against newly promoted Brentford 4 hours ago

Joe Hugill signs new deal at Old Trafford: Who is the 17-year-old Solskjaer is so excited about? 5 hours ago 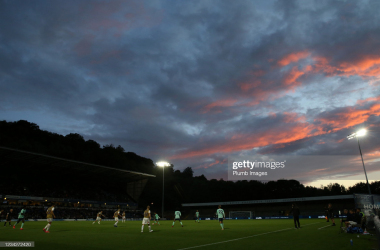 The Warmdown: Wycombe beat Leicester in pre-season run out 6 hours ago 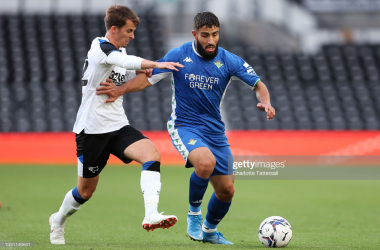