Premier League new boys Norwich City welcome back a full set of fans to Carrow Road as the season gets underway, starting a run of difficult games, against Liverpool FC.

The History Between These Two

In a fixture that saw its first battle on 6th February 1909, Norwich City took first blood after securing a 3-2 victory, spearheading a run of three games that followed with the same outcome. Whilst The Canaries won the opening three encounters, times as of recent have gone in favour of the Merseyside club. After going undefeated in the last 14 matches against Norwich, the last victory for the Norfolk club came in a 1-0 victory, at Anfield in April 1994. A game that was ultimately the final of its kind in front of the original, standing Kop end, before it was rebuilt to what we see today.

To find their last win at home, you will have to look slightly further with a win at Carrow Road coming in May 1993, during the inaugural season of the Premier League. A recent history that Norwich fans will want to forget, as the club have conceded ten goals in the last three appearances against their Merseyside counterparts.

Much unlike their previous adventure in the Premier League, The Canaries are rather changed from the side that lifted the Championship trophy thirteen weeks ago. A side that waved goodbye to the likes of Mario Vrančić and Alex Tettey, the departure lounge would soon be joined by a fellow fan favourite in Emiliano Buendia; who sealed a £40 million move to Premier League rivals Aston Villa.

As key players who were loved by all left the club this summer, space became available for some new faces to make a name for themselves, to tell their own story in the green and yellow of Norwich City. Hitting the ground running, the club broke their transfer record fee (£9.4 million), by confirming the signature of former Werder Bremen winger: Milot Rashica. 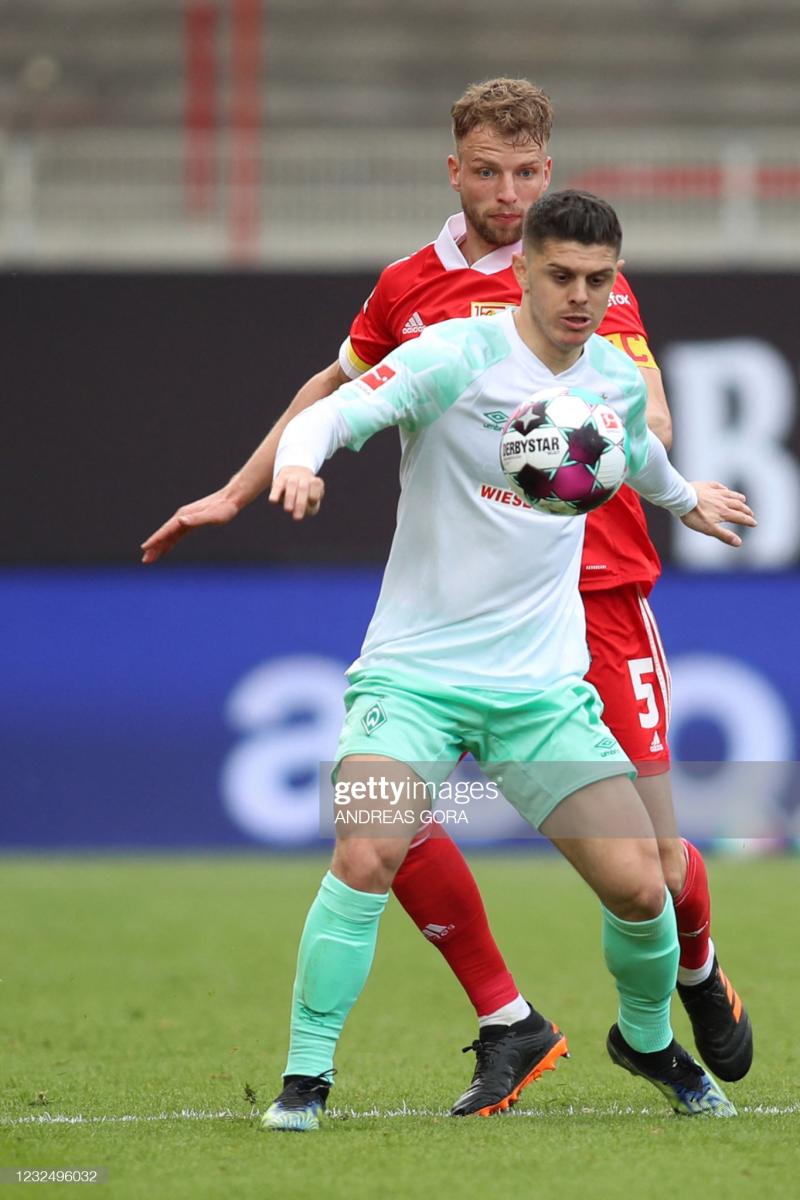 The Kosovo international scored three goals in the club’s relegation-stricken campaign in the Bundesliga last season. Rashcia, 25, by his own admission, struggled to have the desired impact in front of goal last season, but as a player who is known as a dribbler, looking to create chances rather than having direct goal contributions, his on-the-field display earned the interest of Borussia Dortmund, Bayern Munich, and various clubs from around the Premier League, but in a decision to join the East-of-England club, the Kosovan will want to live up to the weight of expectation and hope, being crowned as Emi Buendia’s replacement ahead of his first chance to walk on the hallowed turf against the former Premier League champions this weekend.

Beyond the signing of Rashica, this weekend will be another debut for Champions League winner Billy Gilmour. A deal that went under the radar, Gilmour put in a Man of the Match performance on his Premier League, FA Cup, Champions League, and Euro 2020 debut, a record that he could continue ahead of this upcoming fixture against the red half of Merseyside. Gilmour, 19, is known for his wide range of passing ability and accuracy, high energy, and his confidence when dribbling with the ball. Signed to replace last season’s loanee Oliver Skipp, Gilmour, like Rashica, has excited the fans once more, as Norwich will hope to become more of a damaging attacking side, where the club lacked conviction in front of goal in their last run in the Premier League.

The 2019/20 campaign highlighted The Canaries’ problem in front of goal. In a season where Norwich had the 14th most amount of efforts on goal, with 409 shots; that would be more than Arsenal, Newcastle, and Crystal Palace, it had become clear that attacking options were needed from the summer transfer window. To address this concern, Director of Football: Stuart Webber was able to announce the signing former teammate of Raschia, in Josh Sargent from Werder Bremen. A player who can play in any one of the attacking positions, Sargent, 21, started strong in the Bundesliga.2 this season, scoring two goals in two games. Despite the behind-the-scenes debacle of his future, Sargent was able to perform on the pitch, where he could continue that scoring run in the new colours of Norwich City.

A side that was heavily affected by injuries last time around, Jürgen Klopp’s men will be hoping to set the record straight in this opening match of the season. Against Norwich City, the club will be hoping to welcome the return of both Virgil Van Dijk, and Joe Gomez, who missed large parts of the previous campaign with damming injuries.

The new season provides Liverpool fans with hope that they can knock Manchester City off of their pedestal, to bring the Premier League title back to Anfield, and despite their injuries, much of last season’s statistics will offer weight to this debate. The side had the most shots of any team in the league (608), even with their 4th-placed finish during the 2019/20 season. Whilst topping the shots tally, the club also missed the most ‘big chances’ of any club (68).

Where their defensive leaders were absent for large parts of the campaign, an opportunity presented itself to Nat Philips, who stood up and delivered at key points, to prove the extent of the club’s depth for this season, with Ibrahima Konaté joining the fray, alongside Joël Matip, who also faced an array of setbacks last season. However, where the defence was left to be questioned, it was the attack that struggled to perform when needed. 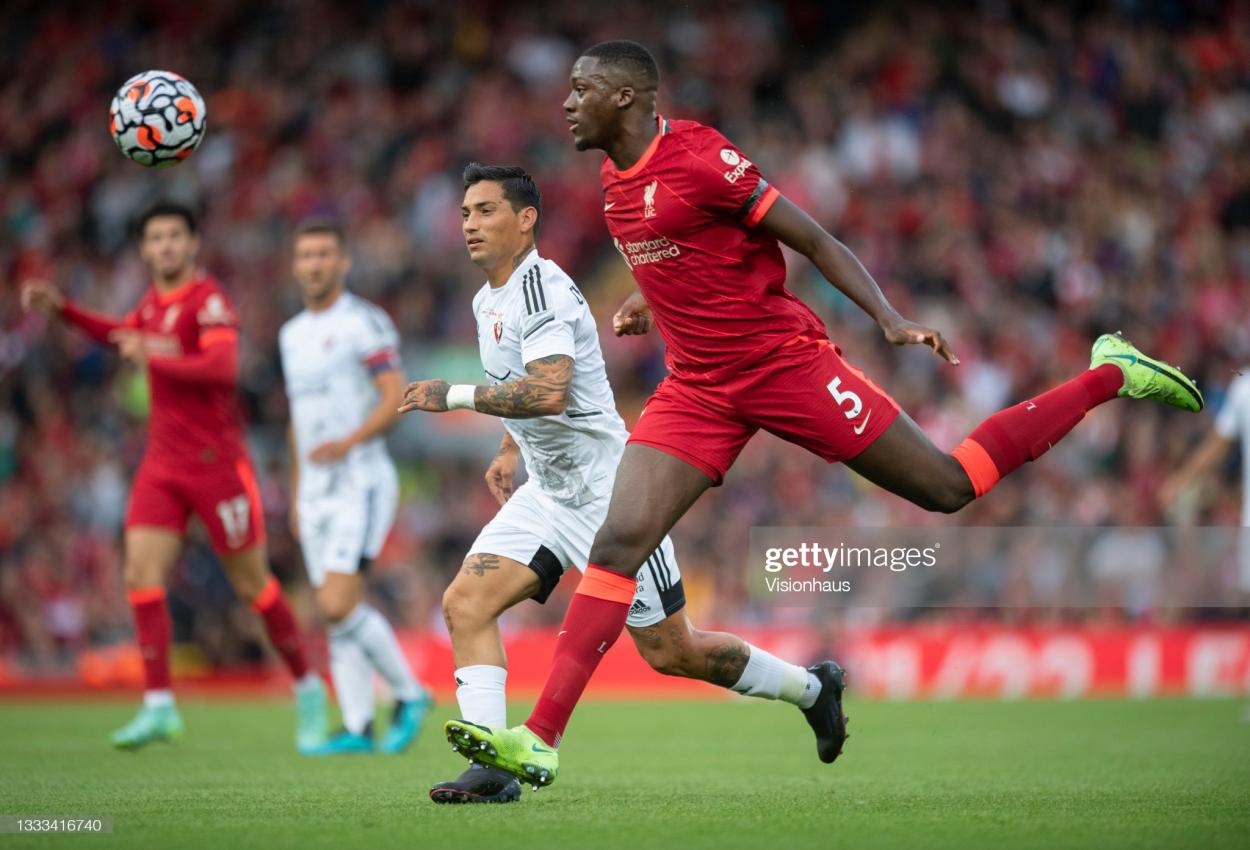 In Liverpool’s attempts to return to the clinical, prolific nature that won them the Premier League, the club will be relying on Diogo Jota to spark some needed energy and life into their attacking efforts this season. The Portuguese international scored nine goals in 19 appearances for the side last season. His intelligence and chemistry with the formidable attacking three of Salah, Mane, and Firmino was instrumental to everything right about their efforts going forward. Whilst his season was affected by injury, he has hit the ground running in pre-season after scoring against Athletic Bilbao to showcase his potential for the campaign, to cause a nuisance to defenses across the league with his unpredictability and darting runs in behind teams.

In and amongst their struggles in converting efforts, that did not stop Mohammed Salah, who managed to finish as the second top goal scorer (22) for the 2020/21 season, finishing just one goal behind the eventual winner in Tottenham’s Harry Kane. The Egyptian has netted 95 Premier League goals in his four seasons for Liverpool. A player with an astonishing record in front of goal, however, Salah has scored just once against Norwich, coming in the opening day of the season fixture two years ago, in a game that finished 4-1 to the boys in red.

The last time these two met, Sadio Mane’s winner was the difference in a 1-0 victory for Liverpool.  Despite all the might and power that was throughout the team on the night, Norwich raised their stakes in a game that narrowly denied them any reward.

A game that was dominant by the side who would go on to lift the Premier League trophy. Liverpool had 68% possession, but a compact Norwich defence meant that only six of their 17 shots would land on target.

An area that The Canaries will hope to improve will be the pass completion rates. In the last meeting between the two, Norwich finished with 71% passes completed. In a game where Liverpool will be expected to dominate much of the possession, Daniel Farke’s side will need to be assured and confident when in possession of the ball, if they have any intentions of ending this long wait for a victory over Liverpool.

Norwich City v Watford: How to watch, kick-off time, team news, predicted lineups and ones to watch 7 days ago

The Warm Down: Playing from the back proved costly once again, despite the Canaries' efforts 12 days ago

The Warm Down: VAR heartbreak as the Canaries make costly errors in Foxes return 24 days ago

Pre-match Analysis: Norwich City vs Leicester City a month ago

The Warm Down: New boy Tzolis shines on debut in a thumping 6-0 victory in front of the Carrow Road faithful a month ago

Manchester City vs Norwich City preview: How to watch, team news, kick-off time, predicted line-ups and ones to watch a month ago

Pre-match Analysis: Manchester City vs Norwich City a month ago

Norwich City 0-3 Liverpool: The Warmdown a month ago

Norwich City vs Liverpool: The Canaries predicted starting line-up a month ago
//