Heading into this fixture, both sides will be looking to bounce back from disappointing defeats. Norwich City suffered a 5-0 defeat at the hands of Premier League holders Manchester City; in a game that marked Jack Grealish’s first goal as a Citizen. Simultaneously, Brendan Rodger’s Foxes faced a 4-1 defeat on the road to West Ham United, in a game where Ayoze Perez saw red after a late tackle on the first goalscorer of the game in Spanish midfielder Pablo Fornals.

In a period where The Canaries are looking to find their feet in England’s top flight, following their recent promotion from the Championship, luck has not been in their favour after drawing five of the last six Premier League winners in their opening three games of the campaign. The expectation was low heading into the early fixtures of the season, but with the focus now on the visit of Leicester, three points will be the aim, to build on the heavy defeat that they faced during their trip to London on Monday night.

In between the previous Premier League game and the upcoming clash with Leicester, came a motivating demolition of Scott Parkers AFC Bournemouth. A defiant, and convincing 6-0 win, at Carrow Road, helped lift the spirits with summer signings: Christos Tzolis; and American Josh Sargent, both bagging a brace, as The Canaries comfortable strolled through to the Third Round of the Carabao Cup, to set up a tie with Liverpool in the next round. 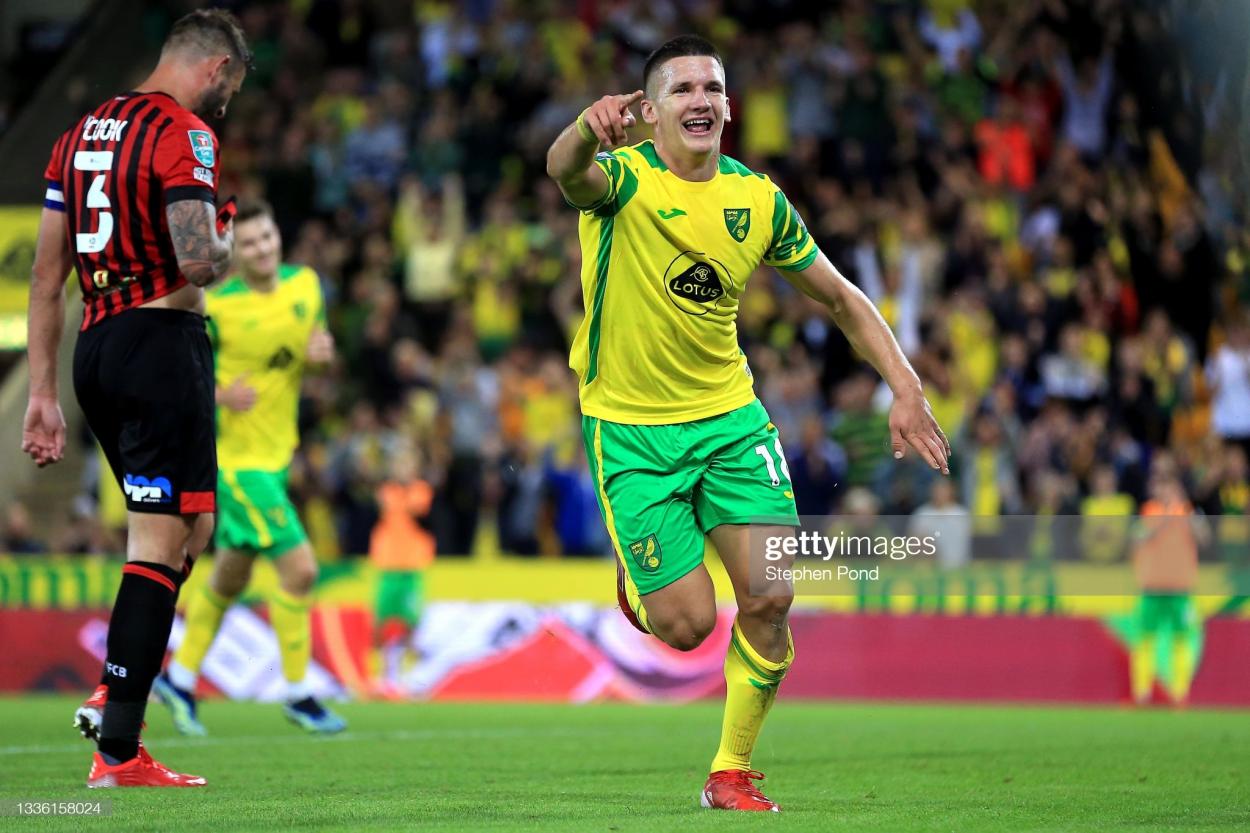 The midweek win also brought a debut to loanee Brandon Williams, the left-back who joined the club on Monday from Manchester United, looking comfortable both with his defensive duties and as an attacking option.

Lifting the spirits after a challenging start to the season, Norwich will welcome with open arms the return of former attacking midfielder James Maddison, who joined Leicester in 2018 after confirming a £20million move after two seasons in Norfolk. His departure three years ago has already seen a reunion at Carrow Road, in the final game with a full set of fans before the national lockdown, the game was decided by a Jamal Lewis finish from outside of the box, as Norwich won the game 1-0, a result that the fans will be hoping follow suit ahead of the weekend fixture.

The Foxes have had a mixed start to the campaign. A 1-0 win got the club underway for the season after a Jamie Vardy winner was the difference on an opening day against Wolves. Facing opposing fortunes to their next games against The Hammers, confidence will be taken after winning the Community Sheild in another 1-0 win, but this time against Manchester City.

In the transfer window, the club made noticeable signings with Patson Daka joining the club from Austrian Bundesliga winners RB Salzburg, and Ligue 1 winner Boubakary Soumaré moving from LOSC Lille. Adding to the attacking might of Vardy and Kelechi Iheanacho, Daka showcased his ability to find the back of the net in Austria, after scoring an astonishing 27 goals in 28 games last season. The Zambian’s record has shown that the club have strengthened in the way of depth and quality in attack, and in the midfielder. Adding to what has been a remarkable transfer window, Leicester landed the Danish central defender Jannik Vestergaard. Defensive became an area that needed addressing after the long-term injury for Wesley Fofana during the pre-season. Signing from Southampton, Vestergaard brings valuable Premier League experience as the club set their sights on more silverware this season, in a campaign where they will look to break the curse of Champions League qualification. 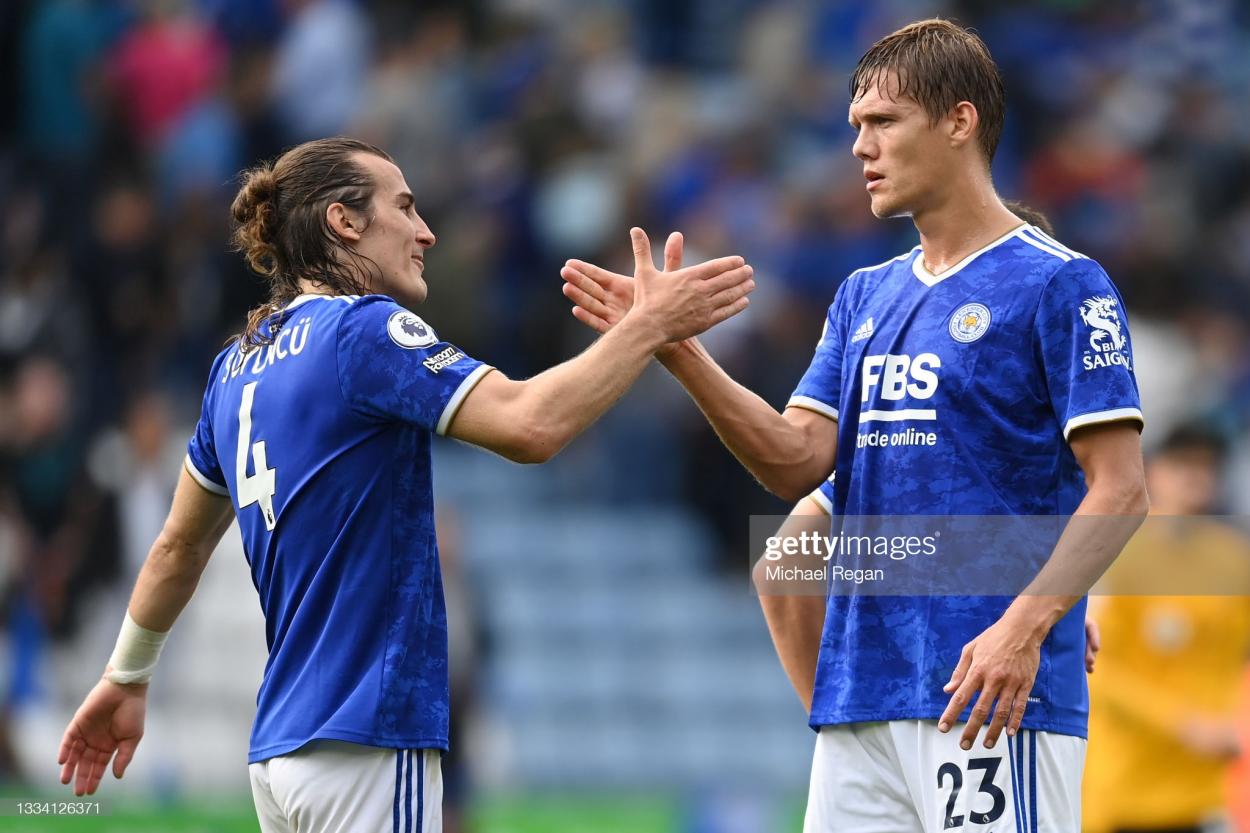 Also, it is noteworthy that Leicester were able to tie Harvey Barnes down to a four-year deal at the club, signed in the early weeks of the new season. An important confirmation as the 23-year-old continued his development after scoring nine goals in 25 Premier League appearances last season, only narrowly missing out on the Euro 2020 England squad, after suffering an injury late into the campaign.

The Warm Down: Daniel Farke sacked as Norwich pick up their first win of the season 3 months ago

Norwich City v Watford: How to watch, kick-off time, team news, predicted lineups and ones to watch 4 months ago
//