Cambridge United fought back against Ipswich Town as the U's salvaged a 2-2 draw with the Tractor Boys at the Abbey Stadium.

Sone Aluko gave Ipswich a two-goal lead after scoring in the 10th and 31st minute. Neal Brophy pulled one back for Cambridge in the 40th minute and Joe Ironside assured the hosts a point with an 88th-minute strike.

The result sees the U's sit in 18th place in the EFL League One while the Tractor Boys are 15th.

Ipswich were on the front foot immediately as Macauley Bonne got on the end of a long ball and he pulled a pass back for Conor Chaplin, who fired over.

A minute later, Chaplin had another go, but his curling effort from inside the box was just wide.

In the 10th minute, the Tractor Boys were in front. Aluko got the better of his battle with Conor Masterson and as goalkeeper Dimitar Mitov rushed out, he slipped, allowing Aluko to finish over him.

Chaplin again went wide after a low cross from the left by Matthew Penney and Mitov saved Bonne's header as the visitors continued to apply pressure.

In the 31st minute, the lead was doubled as Mitov got caught under a deep corner from the left, parrying it away and Aluko converted, despite not getting clean contact on his attempt.

Five minutes from halftime, Cambridge cut the lead in half as Ironside squared a pass for Wes Hoolahan, who moved the ball to Shilow Tracey and he eventually picked out Brophy, who finished off the bar.

The U's started the second half strong as a long ball from Lloyd Jones found Ironside and he powered his way in for a chance, but the Tractor Boys 'keeper Vaclav Hladky was up to the task.

In the 73rd minute, an exquisite quick free-kick from Hoolahan released Brophy down the left, the winger crossing deep towards George Williams, who couldn’t divert his header goalbound.

Brophy missed a golden opportunity in the 81st minute as Hladky failed to clear a Sam Smith cross with his punch, but with the ball at his feet and a clear sight of goal, he fired over.

Two minutes from time, the hosts got their equalizer as a deep cross from the back post by Hoolahan was headed back across goal by Harvey Knibbs and Ironside was there to head home from close range.

Man of the match: Wes Hoolahan

His passing was exquisite and his link-up play was also excellent and he helped set up Cambridge's equalizer deep in the second half. 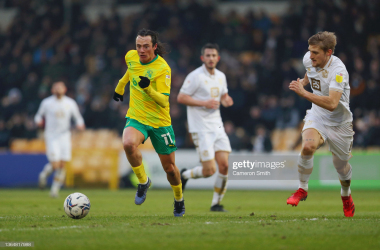 The Warm Down: City Give Chelsea Title Blues 9 hours ago 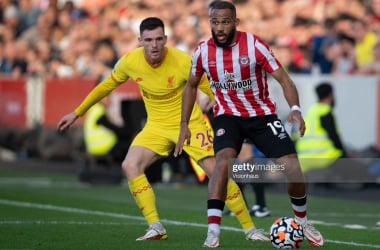