Following a run to the semi-final of the 2021/22 UEFA Europa League, West Ham will be looking to go one step further, in their maiden appearance in the UEFA Conference League group stage. Along with Villarreal, the Hammers enter the group stage as the favourites for the competition.

FCSB will be their first opponents of Group B, which also features RSC Anderlecht and Silkeborg. West Ham comfortably overcame Viborg in the play-off round to get to this stage and will be confident of further progression into the knockout rounds.

It was a much more strenuous journey for the 26-time Romanian top flight champions. FCSB (formerly Steaua Bucharest) had to start their journey from the 2nd qualifying round, going on to knock out Saburtalo Tbilisi, Dunajska Streda and Viking to earn their first European group stage appearance since the 2013-14 Champions League.

Both teams have had disappointing starts to their league campaigns and will look towards the Conference League as a source of potential success.

West Ham, albeit with an improvement in performance during their last few matches, sit in the relegation zone after just one win in their first six games in the Premier League. FCSB, after a second placed finish last season, also have only one win in their league campaign and sit four places from bottom, after their seven games.

While knockout round qualification will be a very respectable achievement, in itself, for the visitors, West Ham will be aiming a lot higher in this competition.

Having missed the last two league games through illness, Gianluca Scamacca trained with the team on Tuesday and may be in line for a return to the starting lineup.

Declan Rice is available again for European selection, after missing both the playoff round games against Viborg, due to suspension. His midfield partner, Tomas Soucek, should be rested on Thursday, after starting every game so far this season. The Czech midfielder may be replaced by either Flynn Downes - for a first West Ham start, or Manuel Lanzini.

Ben Johnson, Nayef Aguerd, Aaron Cresswell and Craig Dawson are all out injured in the West Ham defence. The presence of a good amount of depth in the backline means that this shouldn't be a huge concern for The Hammers. Angelo Ogbonna is expected to get a start, partnering either Kurt Zouma or Thilo Kehrer.

Ionut Pantiru, Adrian Sut, Andrei Dumiter, Iulian Cristea and Ovidiu Popescu will miss the trip to London. Among these names are a few important players for FCSB - Cristea, Popescu and Sut would all very likely to be a part of the visitor's first choice 11.

After not having a game at the weekend, the squad should be well rested and rotation due to fitness concerns not required.

Andrea Compagno has signed for FCSB from fellow Romanian outfit, FC U Craiova 1948, at the end of August. The striker made his debut in their most recent league game - a 1-3 defeat at Farul Constanta and got his sixth goal of the season.

The Italian is likely to start up front for the FCSB. With talented players Florinel Coman, Darius Olaru and the 19-year-old Octavian Popescu expected to occupy the advanced midfield area.

Andrei Cordea may also be an option to take up one of the three slots behind the centre forward. Cordea has scored four goals in the team's last six games, providing a slight dilemma in selection for manager, Nicolae Dica.

Should the Italian striker be fit enough to start on Thursday night, he will be the danger man for the hosts. In his pre-match press conference, David Moyes stated that "we're going to try and get him back, if we can. He's trained today and he's getting closer to fitness", which suggests a start may be on the cards.

Prior to his time out with illness, he scored in both legs of the playoff round against Viborg. He also looked good in his first Premier League start at Villa Park.

Scamacca will look to continue his run of goals in European games. With Michail Antonio likely needing a break, after starting in back-to-back London derbies, it is likely that he will get the chance to do just that.

The Romanian international is a player who can play in a role just behind the centre forward, as well as a deeper role at the base of midfield. Olaru recorded ten assists in the Romanian top division last season.

There were murmurings of interest from Rangers towards him this summer transfer window. This game, along with the rest of FCSB's group stage campaign, will provide Olaru with a platform to showcase his abilities and attract more interest from Europe, should he be interested in a move away from his homeland.

The game will take place at London Stadium.

The match kicks off at 20:00 BST on Thursday evening.

The game is scheduled to be broadcasted in the U.K. on BT Sport 2.

Ghana 0-2 Uruguay: Win not enough as both sides exit the World Cup a day ago 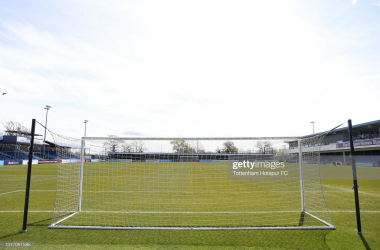