A win for Wycombe would keep them in 23rd place and still in the relegation zone, due to being five points adrift. A loss for Wycombe and a win for Sheffield Wednesday would see them fall to the bottom of the Championship table. QPR are looking to find their second away win of the season after defeating Derby County back at the start of November.

Wycombe midfielder Alex Pattison will start the first game of his three-match ban as he was sent off in Tuesday's 1-0 loss at Bournemouth.

Gareth Ainsworth may opt to start Uche Ikpeazu after returning to the side from a lengthy spell out, when coming on against the Cherries.

Macauley Bonne could come into the starting 11, with Rangers being winless in six.

Osman Kakay is a doubt ahead of the match after being withdrawn with a knock in the 1-0 loss to Reading on December 12. Lee Wallace will miss out again due to a calf injury.

The main man so far for the Chairboys has to be Scott Kashket. Wycombe have only managed 11 goals in 19 games so far this season, with Kashket bagging four of them goals. The fans will be hoping the star man can come up with more important goals this season as he scored in their last win against Birmingham City back in November.

Rangers fan's will be hoping for some Moroccan magic with Ilias Chair being the standout man this season. The attacking-midfielder has five goals to his name so far, as he's the club's joint top-goalscorer with forward Lyndon Dykes.

The two sides haven't met since 2004, when the league they competed in was named League Division Two, the equivalent of today's League One.

Potentially a sign in which Queens Park Rangers struggle to beat Wycombe on their turf, we will have to see if that can change this Saturday.

The game is not selected for television, so is available exclusively on iFollow.

Gareth Ainsworth comes up against the side where he starred for seven years from 2003-10. He also took control as caretaker manager in 08 and 09.

QPR manager Mark Warburton had all praise for Wycombe when speaking to club media.

"They've worked so hard, they've done a fantastic job, I've always said to you from the start of the season, teams who come up, come with a real togetherness and a real unity, they know how to win, that's a key aspect, they work tirelessly and run there socks off.

"Look at there games, hard to beat, been very unlucky on many occasions, and been the odd goal on several occasions." 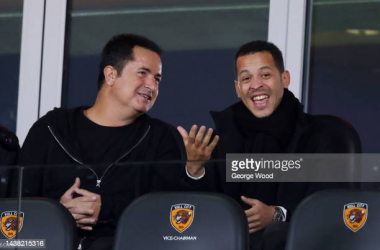