In a game with 33 shots, 11 of which on target and 12 corners, you would expect the Clarets Derby to have been a goal-fest.

The hosts themselves had 27 of the shots and 11 of the corners but couldn’t find a way past Nick Pope or last-ditch tackles from the visiting defence.

Only seven of Villa’s shots were on target, but they made Burnley’s defence work for their clean sheet.

Jack Grealish and Anwar El Ghazi worked multiple opportunities for themselves, the latter seeing eight efforts either saved or sail past the goal.

Visiting defenders were flying all over the place blocking shots and intercepting passes and Pope standing strong between the sticks.

One man has been a resounding influence in a current upturn in defensive performances.

Ben Mee has made a big difference to the rear guard at Turf Moor since his return from injury in November.

In the first eight games without the skipper this season, the East Lancashire Clarets conceded 12 goals, scoring just three in return.

Since the return at Brighton and Hove Albion before the last international break of the year, Burnley have conceded six in six, albeit five of them coming in the annual 5-0 defeat at the hands of Manchester City.

Mee and James Tarkowski have reformed their solid partnership and, with the help of Charlie Taylor and Matt Lowton at full back, the ship has definitely been steadied.

A fourth clean sheet in six games points to that and, with games against Sheffield United and Fulham coming up, more clean sheets could be on the horizon for Sean Dyche’s men.

The home side hit everything but net on Thursday night, hitting the woodwork twice and Lowton clearing the ball from the line towards the end of the first half.

Grealsih, El Ghazi and Tyrone Mings all went close in the second half, but couldn’t find a way past Pope.

Manager Dean Smith said: “We had enough chances to win two games maybe even three, my concern is when you are not getting chances.

“We look like a team unlikely to concede goals as well, when you do that you’ll accumulate points.”

It was Villa’s fourth home game without a win, a run that stretches back to the 7-2 demolition of champions Liverpool at the beginning of October.

Dwight McNeil has really come into his own in recent weeks, since he played behind the striker Chris Wood at the Etihad.

Since then, McNeil has flourished.

He has found new confidence in his own ability, gracefully driving past players and getting his team into promising positions.

For too long Burnley have been renowned as a shut-up-shop style of team, with attacking being a secondary focus.

This has seemingly changed in recent weeks, with McNeil becoming more direct.

One time he picked the ball up around the half way line and danced his way through challenge after challenge before a heavy touch saw Bertrand Traoré recover to clear.

As the game fizzled out, the Villa skipper got on the ball and made his own opportunity, blazing over from the edge of the box.

Grealish, time and again, makes his own chances with a bit of skill to get through the challenges before getting his shot away, scoring five times this term.

He also provides for others, with five assists already this season, creating seven big chances according to premierleague.com statistics.

McNeil needs to add this to his game.

One assist and two big chances accompany the zero goals to his name this campaign, from premierleague.com once more.

Yet against Villa and in the previous couple of games, there were sizeable glimpses of what this talented youngster will bring.

The takeover looming at Turf Moor doesn’t help matters heading into January, but if similar talented players can be bought in to compliment McNeil, Burnley will be out of the relegation fight sooner rather than later.

Aston Villa head to the Hawthorns for the West Midlands derby against newly appointed Sam Allardyce’s West Bromwich Albion on Sunday at 7:15pm.

The downfall of Gino Pozzo 2 hours ago 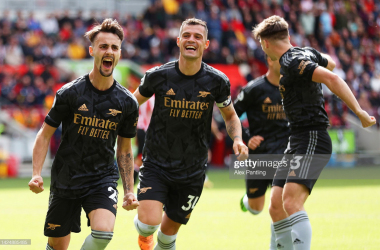