Takumi Minamino has joined Southampton on loan from Premier League Champions Liverpool for the remainder of the season.

Saints left it late to complete the move for the attacking midfielder, who Ralph Hasenhuttl hopes will play a pivotal part during the second half of the 2021/21 campaign.

Comfortable playing both centrally and out wide, Minamino will become the latest Japan international to represent Saints, following in the footsteps of Maya Yoshida most recently. 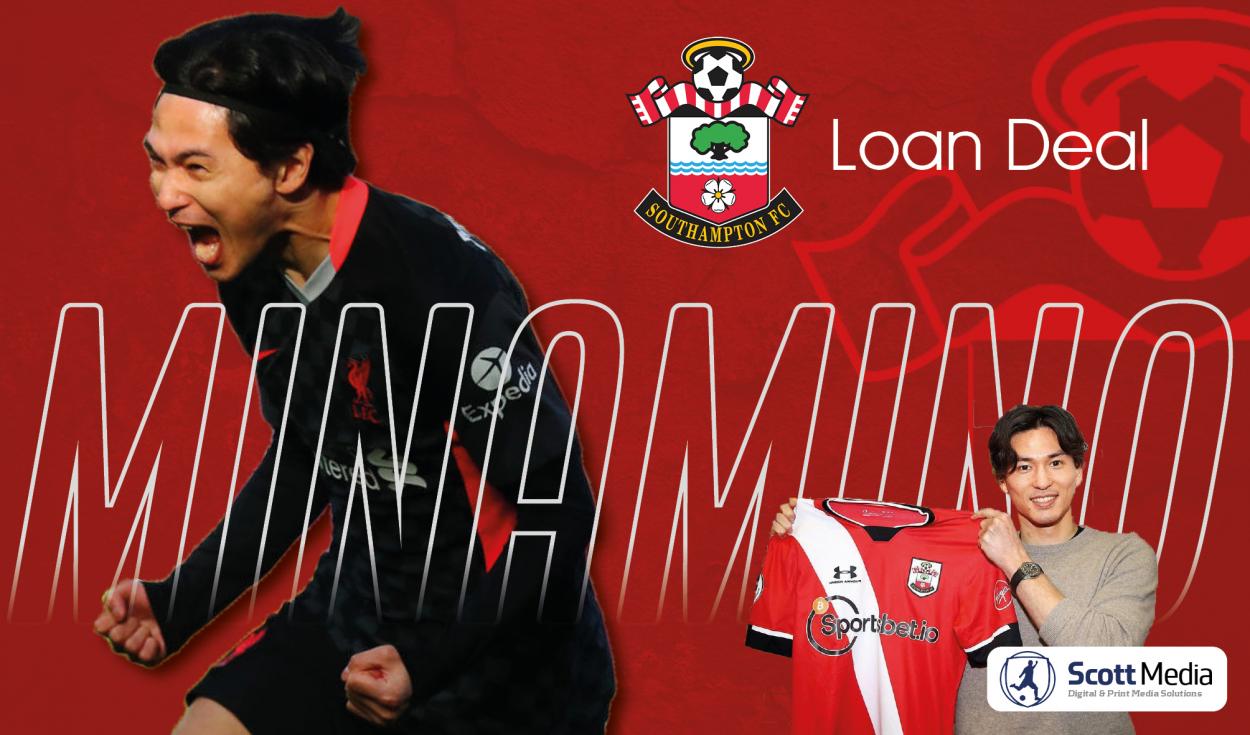 He arrives at St. Mary's a year after joining the Reds from RB Salzburg, having made 31 appearances to date for Liverpool - scoring four goals.

The 26-year old shot to prominence during his four-and-a-half years in Austria, winning the league in each season with Salzburg. He managed a startling 64 goals and 44 assists in 199 games for RB Salzburg - as his performances proved the catalyst for a move to Anfield, where he was part of another title-winning side during his first season in the Premier League.

He started his career with J-League club Cerezo Osaka, where he came through the youth ranks, while also playing regularly at youth level for his country. He went on to make his senior international debut in 2015, and has gone on to win 26 caps, scoring 12 times.

However, Minamino has only made eight appearances for Liverpool this season with game time becoming a rarity under Jurgen Klopp. He will be hoping to thrive under Hasenhuttl’s system and flourish on the south coast.

What does Minamino bring?

Southampton have been crying out for a creative spark of late, with goals becoming a collector’s item in the past two months. Hasenhuttl’s side have only managed two goals in the past seven games.

There has been a clear lack of fluidity in the final third, with the likes of Danny Ings and Che Adams misfiring in front of goal. Minamino will be hoping to reignite the spark that was ever-present at the start of the season, adding that bit of quality in the final third.

The Japanese international possesses qualities Saints have been very much craving. Minamino offers great versatility in the front-line with the latter capable of playing anywhere across the front three. In a paper-thin squad that Hasenhuttl attains, Minamino’s versatility could be integral in getting his side back on track in the second half of the season.

The 26-year-old has learnt his trade at RB Salzburg where he played his best football, all whilst playing pressing football under Marco Rose and Jesse Marsch - the latter used the 4-2-2-2 system like Hasenhuttl. Furthermore, Hasenhuttl has showcased similar principles to Klopp in the way the press is applied during his tenure.

Not only does Minamino offer quality but his work on and off the ball in open play has come on leaps and bounds. The Austrian manager’s philosophy has been clear to see this season, with the press becoming an integral factor to the success it has reaped.

Hasenhuttl has extreme demands of each and every player, with Minamino seemingly capable of fulfilling the expectations the manager demands. Getting someone of the Liverpool player's ilk should be viewed as a coup.

Minamino is an industrious midfielder, looking to make a stamp within the Premier League. Under Hasenhuttl’s wings, the potential is an exciting thought to ponder on.

Minamino has the opportunity to thrive under the manager’s system and become a real asset to the side. Given regular games, there’s no reason why the playmaker can’t be a real hit.

Saints boss Hasenhuttl told southamptonfc.com: "I am very pleased to welcome Takumi to our squad for the rest of the season.

"He will help provide another good attacking option, and is importantly the right profile of player for us.

"This will give us some additional depth in our squad at an important time, and I am looking forward to beginning work with him on the training pitch."

It proved to be a busy day on the south coast, with Shane Long and Yan Valery both making loan moves away from St. Mary's.

34-year-old Long makes the temporary switch to AFC Bournemouth, whilst Valery joins another Championship side - Birmingham City - on loan for the remainder of the campaign with an opportunity to continue his development by playing games on a more regular basis.

By Anthony Scott and Joshua Watmough

Southampton v Manchester United: How to watch, kick-off time, team news, predicted lineups and one to watch. a month ago

Ward-Prowse in contention for Saints start a month ago

Southampton Season Preview: How will Saints cope without Ings? 2 months ago

Southampton 1-1 Fulham: Long on target as Saints end all-square with Fulham 2 months ago