At times in the Premier League, Burnley FC haven't looked short of goals.

Striking duo Chris Wood and Ashley Barnes combined for 20 last season, Wood scoring 14 of them. Jay Rodriguez also chipped in with eight. Clearly, going off last season goals weren't much of a problem as the club finished tenth in the table, having scored 43 across the league's 38 games. This season however, goals have been somewhat of a rarity, with Burnley having achieved a mere 14 in total so far. So what has changed since last season?

There's plenty of influencing factors that you can point to, one being the piling list of injuries- Some long-term absentees since the start of the 20/21 season have included Dwight McNeil, Robbie Brady, Josh Brownhill, Rodriguez, Wood, Barnes. Burnley's manager Sean Dyche has often been forced to shuffle his starting 11 in the league, which has often meant playing without a key forward or winger.

Young starlet McNeil has often caught the eye of many Burnley fans, with  many believing he often plays with a maturity above his years, but the tricky winger has struggled to find the form Clarets fans know he's capable of.

Veteran striker Wood is also highly regarded, but his stats this season aren't hugely impressive -- he's only managed four goals in 20 starts in the league this season.

Club captain and centre back  Ben Mee has contributed two goals, the same number as Barnes. Perhaps the most disheartening stat, as a club Burnley have averaged a shooting accuracy of a mere 33% this season according to the Premier League's official website.

With the club having not made any high profile additions to the club's attackers in the summer transfer window, the responsibility to provide goals and attacking threat had again fallen on the shoulders of Wood and Barnes -- a partnership that had been potent in past seasons. No reason to panic, surely. Fast forward to February, and the pair have managed just five goals between them.

Dyche has often used a 4-4-2 formation, with Barnes and Wood a mainstay up top. Although the squad is thin on forward options, a change in formation could be the answer. With Wood currently sidelined with no definite return date, switching to a 4-3-3 formation could be a possible solution.

With no real changes to the four at the back, the usual two central midfielders becomes a three. This could be a deep-lying defensive minded midfielder such as Ashley Westwood, with Jack Cork another option when fit. The other slightly more attacking midfielders could be Jóhann Berg Guðmundsson and Dale Stephens. The front attacking three could be McNeil on the left, Rodriguez on the right and Barnes up front.

The idea of a front three means that there will always be willing runners in the channels, and having a winger either side will also mean Barnes is able to stay central and in the box, which is where the majority of his goals will come from. Matej Vydra could also be a choice for the centre forward role, with his chances having been limited since joining the club.

It will be difficult to produce a drastic improvement until the summer transfer window opens- this is clearly a squad short of both depth and quality. But in the mean time, a change in formation might bring a breath of fresh air, and also give a chance for players to showcase their quality in slightly different roles.

With Burnley sitting 17th in the table, goals are certainly needed to propel them further up the table to safety.

How Burnley missed an opportunity to secure safety 4 days ago

Crystal Palace vs Burnley preview: Clarets head to the capital&nbsp; 14 days ago

What should Burnley fans make of the Alan Pace rumours? 15 days ago 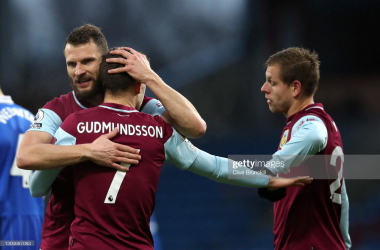 The Warm Down: Burnley salvage a point against Brighton 20 days ago 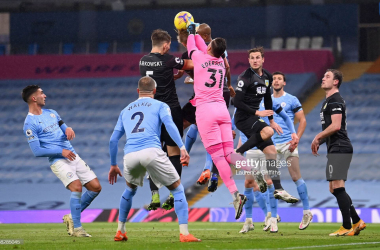 Burnley vs Manchester City: How to watch, kick-off time, team news, predicted lineups and ones to watch 24 days ago
//