Thomas Tuchel decided to keep the same team from the blues dismantling of Arsenal, with Timo Werner surprisingly being on the substitute bench again despite the fact that whenever Werner has played against Liverpool his runs in behind have wreaked havoc with the Liverpool defence.

Andreas Christensen continued at center back in place of  Thiago Silva who is still recovering after his exploits with Brazil at the Copa America this summer, while Edouard Mendy, N'Golo Kanté, and Jorginho all started fresh after receiving their UEFA player of the year awards on Thursday night.

Romelu Lukaku will also be hoping to add to his goal tally having netted his first of the season last weekend against the gunners.

Jurgen Klopp had decided to make three changes from the dominant two-nil win against Burnley, with Naby Keita making way for Fabinho having missed Liverpool's first two matches like Silva because of his exploits with Brazil this summer. In addition young prospect Harvey Elliot kept his place in midfield after his brilliant performance against Norwich keeping the likes of Thiago Alcantara, Keita, and Alex Oxlade- Chamberlin out of the starting lineup.

Klopp and Liverpool also received a boost in that  Andy Robertson was fit again to start at left-back after recovering from his injury despite the performances from Konstantinos Tsimikas who filled in admirably.

But the surprise inclusion was that of Roberto Firmino who replaced Diego Jota in the Liverpool front three, despite Jota starting the season like a house on fire with two goals in two games.

Straight from the start of the match Liverpool started quickly with high intensity and got an early chance when in the fourth minute, Elliot had shot go just wide of Mendy's right-hand post after receiving the ball from Mohamed Salah.

Liverpool continued to pile on the pressure and in the ninth minute, Trent Alexander-Arnold played a delicious diagonal ball into the path of Jordan Henderson who managed to pull his shot wide of Mendy's goal.

After a blistering ten minutes, Chelsea started to settle and probed the  Liverpool defence and got a chance in the 13th minute. Lukaku managed to turn and run towards the Liverpool penalty area, however, he could not slide in either Mason Mount or Kai Harvertz who would've had a one-on-one scenario.

However, Chelsea drew first blood in the 21st minute through a corner. Reece James put a sumptuous ball in towards the near post and from a near-impossible angle, Havertz was able to brilliantly loop the ball over Alisson's head into the Liverpool goal.

Chelsea should have got a second minutes later. Lukaku turned Joel Matip as if he was non-existent and slid in  Mount on the left-hand side, however, he could only scuff his shot. Liverpool were forced to make a change just before halftime when Diego Jota came on for Roberto Firmino, who had slightly injured himself.

Chelsea looked to be heading into halftime with a secure one-goal lead, however in the third minute of added time. All hell broke loose in the Chelsea penalty box. Liverpool were awarded a penalty and  James was sent off after the ball ricochet off his knee and touched his hand, which the referee deemed was in an unnatural position.

There was a melee of players pushing and shoving with Antonio Rudiger getting a yellow card. Salah scored the resulting penalty comfortably placing it into the bottom left-hand corner. However, after the penalty, there was another scuffle this time it was Mendy that got booked.

It meant it was all set up to be a firery and lively second half.

Chelsea made two substitutions at halftime with Matteo Kovacic and Thiago Silva coming on for Havertz and Kante. It meant Chelsea switched to a 3-5-1 with Cesar Azpilicueta moving to right wing-back, while Lukaku would operate as a lone striker.

The pattern of the second half was evident from the start, with Chelsea sitting deep and hoping to catch Liverpool on the counterattack.

Liverpool started the second half much like the first and put Chelsea under all kinds of pressure. Henderson had Liverpool's first opportunity in the 58th minute when he tried to curl a shot into Mendy's top right-hand corner however it sailed just over the bar.

Barely a minute later, Mendy was called into to make a good save, from a shot from Fabinho. As the clock ticked past 60 minutes, it seemed only a matter of time before Liverpool got a second.

However, Chelsea started to gain a little bit of possession from Liverpool and gradually relieved some of the pressure. Liverpool decided to make a substitution in the 73rd minute, with Henderson being replaced by Thiago who was sent on to try to unlock the stubborn Chelsea defence.

Since Thiago's introduction by Klopp Chelsea managed to grind Liverpool tempting them to give away cheap free kicks which let Chelsea run down the clock. Klopp decided to make his final change in the 85th minute when  Robertson came off for Tsimikas to try and freshen Liverpool up.

In response, Tuchel decided to send on Trevoah Chalobah in place of Jorginho to try and see out the last few minutes of the match and earn Chelsea a well-deserved point.

Liverpool piled on the pressure again towards the final whistle winning several corners and creating chances with Chelsea firmly planted in their own half. As it ticked into stoppage time, Chelsea tried to slow the game down as much as possible.

It was a brilliant defensive display from Chelsea to earn a well-deserved point, however, Klopp and Liverpool will be kicking themselves as they know they missed an opportunity against the ten men of Chelsea.

Chelsea showed just why people are saying that they can win the premier league this season after a dogged second-half defensive display.

With a packed Anfield behind them, Liverpool looked certain to win after James was sent off, however, the Chelsea players showed how much they want to win the league this season and how much they believe in their manager and what he is trying to achieve.

Liverpool need to be more ruthful

Liverpool had a major opportunity on Saturday evening to put down an early marker in the title race this season however they failed to beat Chelsea.

With Chelsea down to 10 men for the whole of the second half, it looked like the Liverpool attackers would have a field day however no one was clinical enough. Mane and Salah had numerous chances however neither of them could stick the ball in the Chelsea goal.

In a second-half dominated by Liverpool, Christiansen led from the front and put in a monumental display to help Chelsea escape Anfield with a draw.

He dominated all his duels and was a massive thorn in the Liverpool attacker's side, he also won the man of the match award for his stellar performance.

The Warmdown: Saints defend religiously in 0-0 stalemate 2 hours ago

Tottenham Hotspur vs Chelsea: The Rivalry Explained a day ago 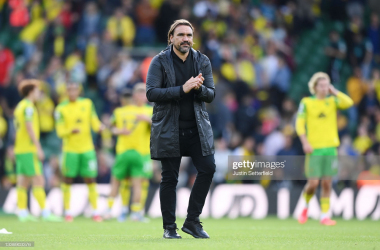 Warm down: Foxes squander a two goal lead to draw with Napoli a day ago